The troubled tug Craig Trans has now been registered in Canada, as a pleasure craft. Its previous Bolivian registry was brought into question when it was abandoned by its owner in Halifax early in 2013.

On December 18, 2012 it came in to port with mechanical issues, in bad weather with an unpaid and hungry crew. The owner refused to pay the crew and they were repatriated to Honduras and San Salvador through public donations.  Finally creditors seized the tug and it was to be sold at auction June 13, 2013. Soon after it was moved to the far reaches of Wright's Cove in Bedford Basin and tied up at a the former Ultramar /Secunda  pier in Lower Burnside.

On July 18, 2014 it entered the Canadian Register, but as a pleasure craft it does not have to meet the standards of a commercial tug. I believe the new owner has purchased other ships for scrap, so it is unlikely that Craig Trans will be reconditioned for service.


Shortly after arriving in Halifax, the tug was boomed off as a precaution.

Built in 1943 by Tampa Marine Corp for the US Army it was named LT 648 (LT standing for Large Tug). The Army laid up the tug in 1960, and Foss Maritime of Seattle acquired in 1965. They rebuilt the tug at their own yard in 1966, replacing the original single 1343 bhp Fairbanks-Morse with a pair of 2,000 bhp EMDs. Renaming it Craig Foss they sent it far and wide. First hauling lumber barges to Hawaii, and latterly running to Alaska, it made numerous long tows to the Gulf of Mexico, Venezuela and got as far north as New Jersey on at least one trip.

Eventually in 2011 Foss said goodbye to the tug. Its first assignment for the new owners was to tow the ferry Queen of Saanich from Anvil Island, BC to Ensenada, MX for scrap in August. 2012. I don't have any details on its movements between then and December 2012 when it arrived in Halifax.

The eight member Honduran and Salvadoran crew on Craig Trans ran out of food three days before arriving in Halifax, but the tug was headed for Beauharnois, QC, ostensibly to tow out the Kathryn Spirit for scrap in  Mexico. However the tug was going to be too late to make to the Seaway before winter closure.
Since then the Kathryn Spirit has languished in Beauharnois, with the barge Jean-Raymond , as an eyesore and potential environmental disaster.
see: http://en.wikipedia.org/wiki/Kathryn_Spirit 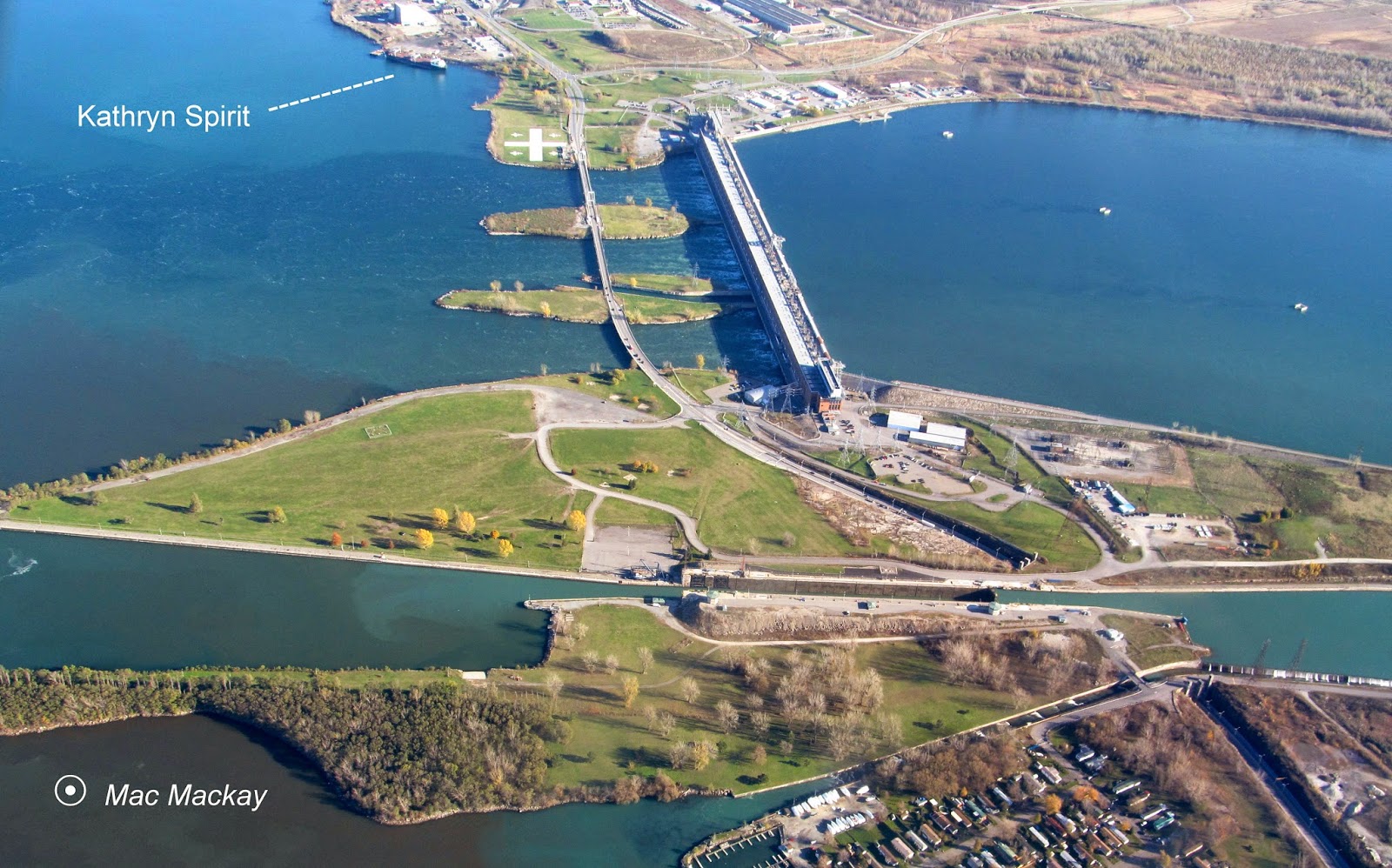 Just upstream of Montreal, on Lac St-Louis, the Beauharnois lower lock is in the foreground, the power dam in the middle ground and the Kathryn Spirit in the background.
.