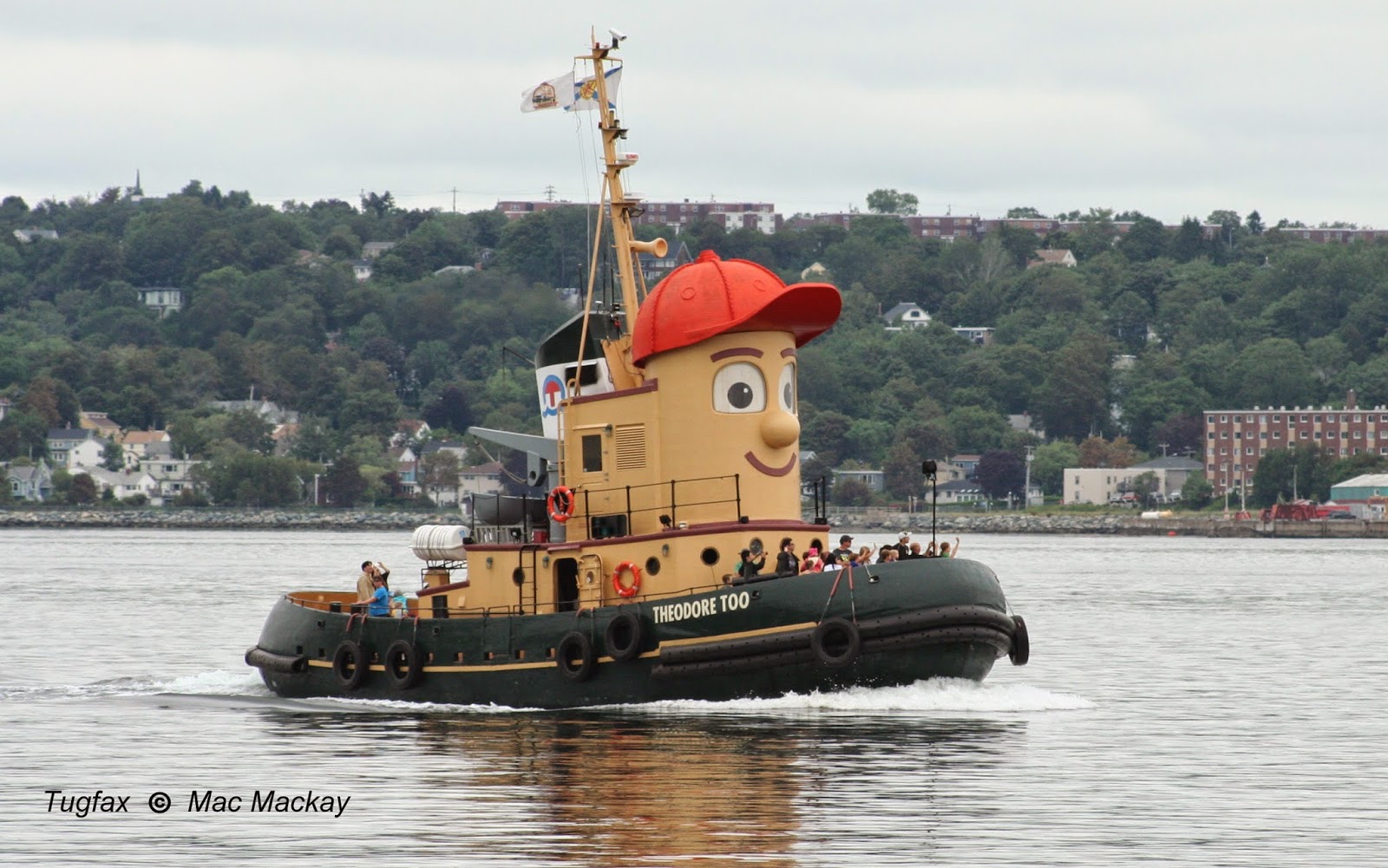 Tugfax has passed the 400 mark in posts and so it is time for a rest. My usual August break will certainly stretch into the first week of September.

Miss Jenna appeared to be taking a day off from her normal activities of assisting in wharf and other marine construction projects in the Mahone Bay area. 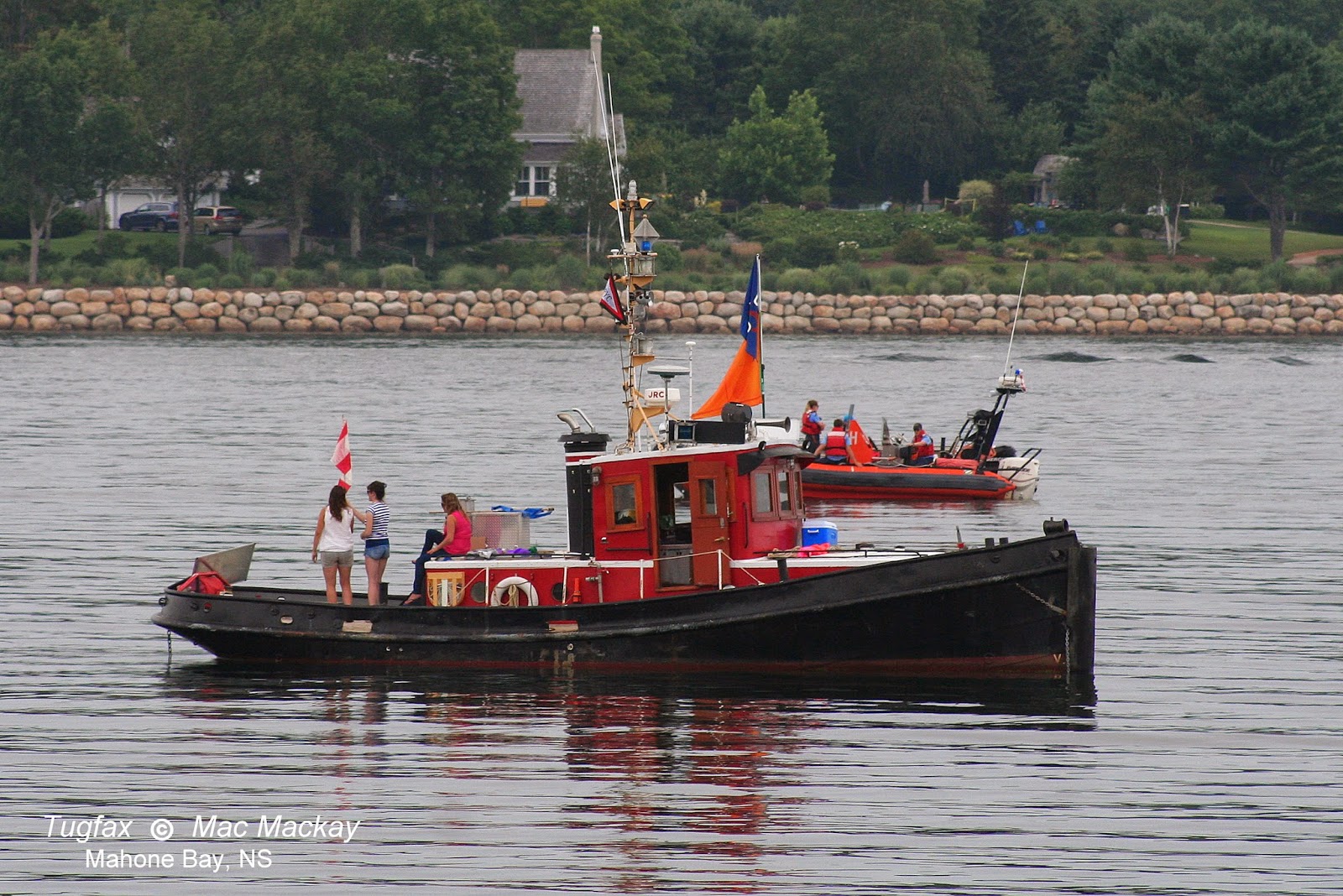 Acting as a race marker on a day when there was virtually no wind, may be a rather boring chore, but the crew seemed to be enjoying the outing. 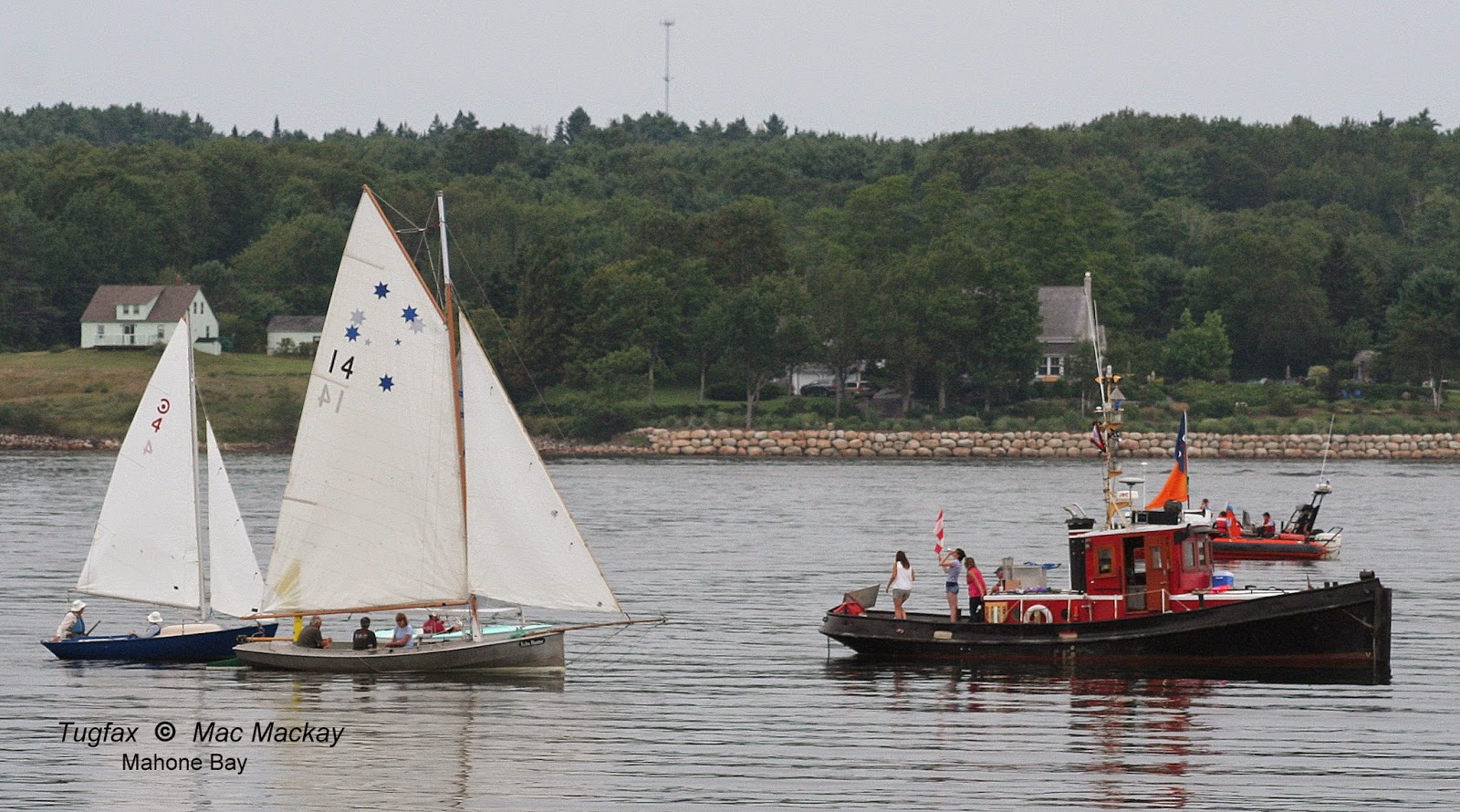 Built in 1944 as Listerville for the Royal Canadian Navy, she was based in Halifax and Kingston, ON then was used as a pleasure craft under the names Cavalier and Hercules before Mike Kelley of Mahone Bay bought her in 2012. She appeared in Tugfax soon after returning to Nova Scotia: