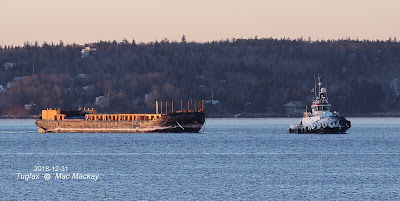 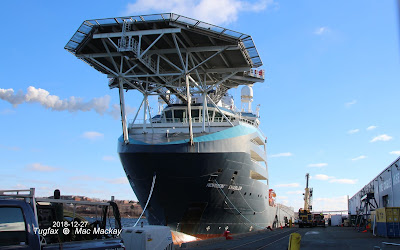 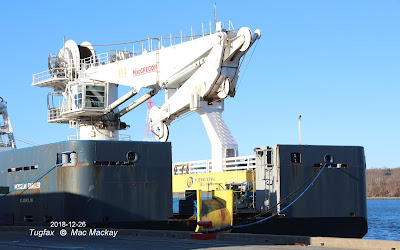 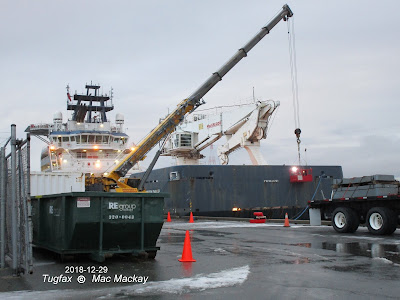 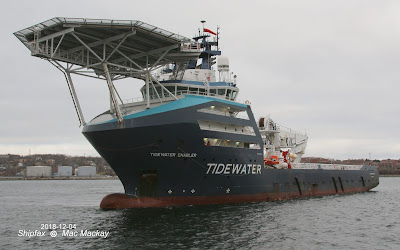 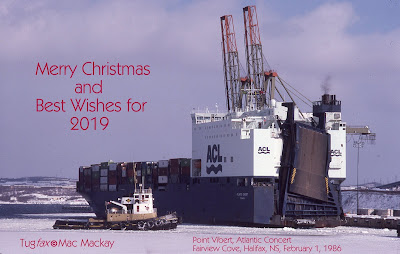 The offshore support vessel Horizon Star moved this afternoon from pier 9c to pier 9 to refuel. The vessel has been working to support BP's oil exploration program off Nova Scotia. 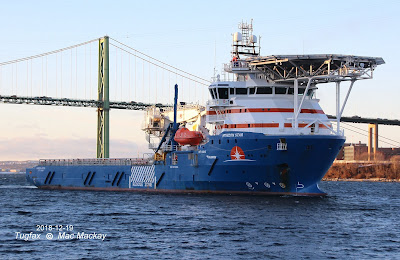 That program has now been completed, and the rig West Aquarius has returned to Bay Bulls, NL with the supplier Troms Sirius in company. The third support vessel Lundstrom Tide has moved to the Cove and is in layup until its next assignment.

Horizon Star may still be engaged in cleanup operations related to capping the dry well. Horizon Maritime owns the Horizon Star and operates the two Tidewater boats under charter. 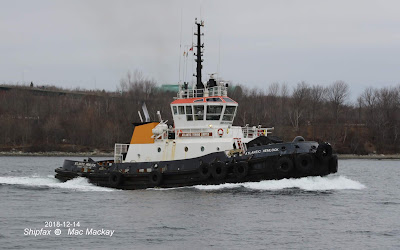 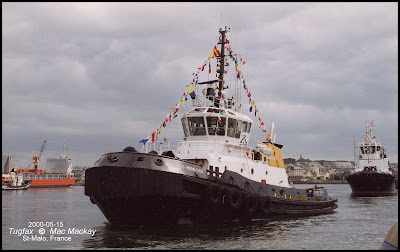 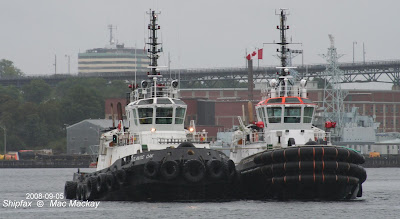 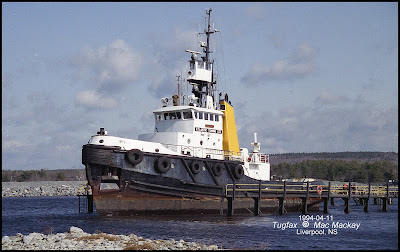 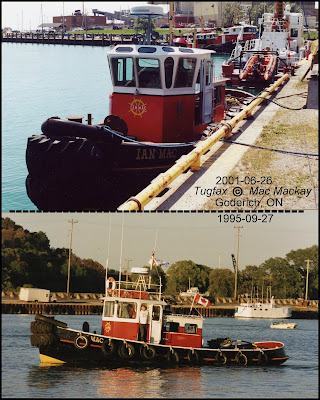 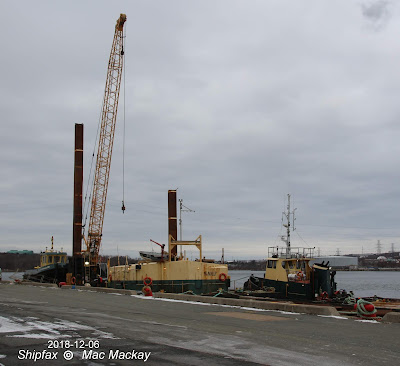 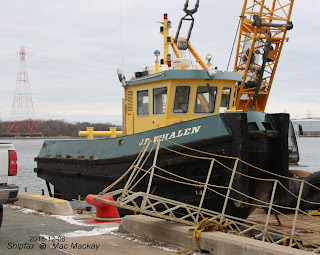 Horizon Maritime's recently renamed Horizon Enabler arrived at pier 9A this afternoon, bearing the new name on the stern quarters, but still carrying its former name on the bows. As Tidewater Enabler the ship was first registered in Canada  July 17, 2018 for a one year charter to Horizon, and assigned official number 841848. The ship was then engaged in the oil removal from the wreck of Manolis L in  Newfoundland in August. The work was under the direction of Ardent Global LLC (the name for the merged Svitzer Salvage and Titan Salvage).

On November 21, 2018 the ship was re-registered in St.John's as Horizon Enabler, under 100% ownership of Horizon, and assigned official number 842166. No doubt due to inclement weather it was not possible to reach the bow to repaint the name, and block out the huge Tidewater banner on the flanks. The ship berthed today at IT Telecom where it will be loading gear for some emergency cable repair work - likely to the Magdalen Islands. The recent post-tropical cyclone (unnamed) severed the the near-shore landing of the island's fibre optic connection with the mainland. 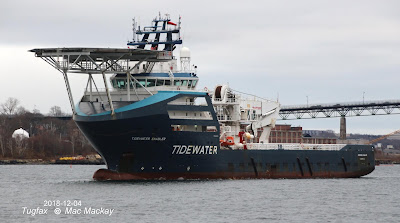 Horizon Enabler is a multi-function OSV of 4769 grt, built in 2002. Its hull came from the STX  RO Offshore yard in Braila, Romania, and was completed by STX Norway at Brevik. Although launched as Enabler, it was given the Tidewater name on delivery. Equipped with a 100 tonne crane, a helo platform, FiFi1, DP2 and a range of other tools, it is propelled by engines totaling 11,700 bhp through ASD drives.

Horizon Maritime is much in the news lately on two counts. First is the recently announced deal with ten ships Nordic American Offshore (publicly traded as NYSE: NAO), which would combine the two fleets, but with Horizon in the drivers seat. Although it was reported that the deal was off, it is apparently on again and still in due diligence stage.

Horizon has also objected to the awarding of the Emergency Towing Vessel contract for British Columbia waters to Atlantic Towing Ltd. Horizon has stated that Atlantic's boats did not meet the specifications of the tender call, and that the bid was deficient in other areas, particularly in relation to First Nations participation. The matter is likely going to court and more details will be forthcoming.

Horizon currently still has Troms Sirius and Lundstrom Tide on charter from Tidewater. Both ships work out of Halifax along with Horizon Star cleaning up work on BPs now concluded drilling effort off Nova Scotia.