After drydocking in St.John's Atlantic Condor returned to Halifax February 8 and tied up at the IEL pier.  Yesterday, February 12, the operation began to lift on the two lifeboats Cadboro Bay and Florencia Bay.

By this morning  both boats were sitting happily on deck while workers completed lashing and securing the deck load. 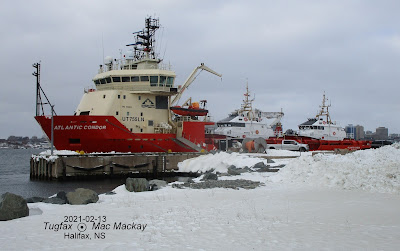 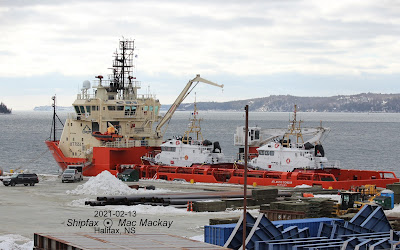 As yet there is no departure time posted.