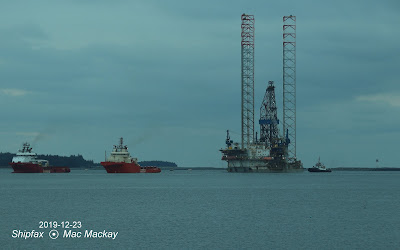 The two boats were pulling pretty hard judging by the smoke, but they weren't making much speed.

Arriving at the same time was the massive Maersk Mobiliser. 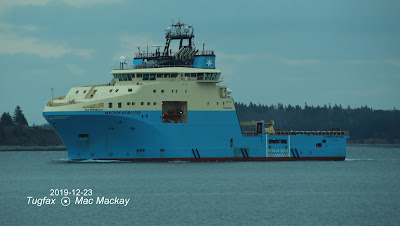 It did not appear to be part of the rig move, and tied up briefly at pier 31.

Harbour tugs were not to be left out with the bigger tugs Atlantic Bear and Spitfire III working the rig arrival. 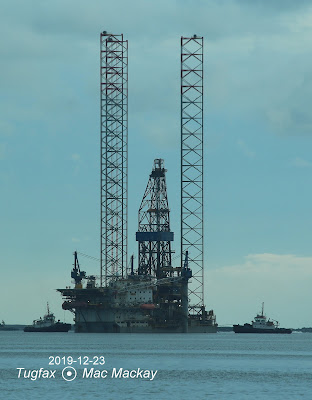 The other harbour tugs Atlantic Oak and Atlantic Fir  were assigned to move the autocarrier Torino from pier 31 to Autoport. 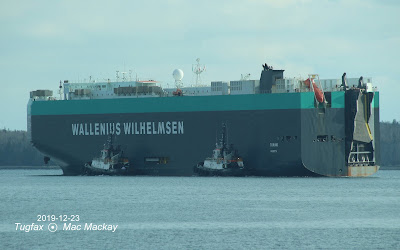 Which Way Did He Go

"Which way did he go?" would have been a good question today after tugs could be seen going frontwards and backwards in Halifax harbour.

McKeil Marine's Lois M arrived this morning towing the barge Atlantic Swordfish and after dropping the tow line, took the barge "on the hip". However the berth at the IEL dock in Woodside was blocked and the pair had to wait until another barge was moved out of the way. 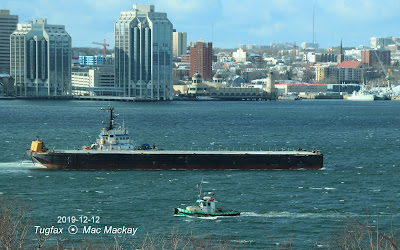 The small tug Roseway was called in to  move the other barge, but that operation had to wait until Roseway completed working the headlines for the arriving tanker East Coast. 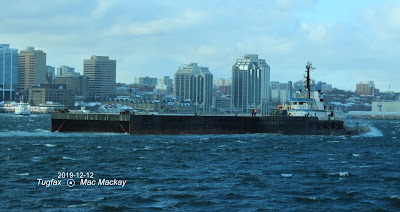 In the meantime Lois M did a 360 degree turn and began backing against a stiff wind from the north until the berth was finally clear and available. 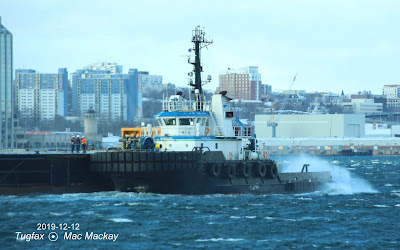 Meanwhile HMCS Moncton was underway on a cold move from Bedford Basin to HMC Dockyard. 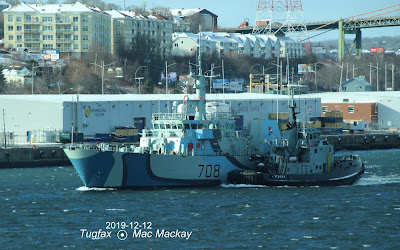 Wearing commemorative camouflage Glace Bay is southbound (from right to left in the photo) with the Voith-Schneider tractor tug Glenevis providing the power (while going astern). Not visible is the pup tug Listerville pushing on Glace Bay's flat stern.

It is a common sight for Dockyard tugs to work astern since their V-S systems are omni-directional. I am sure the operators will miss this feature when the new ASD tugs are delivered. 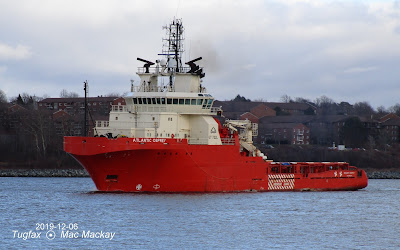 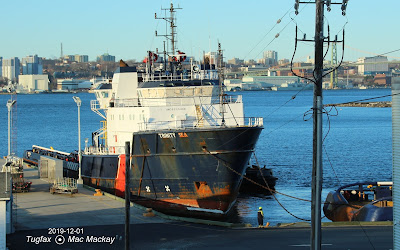 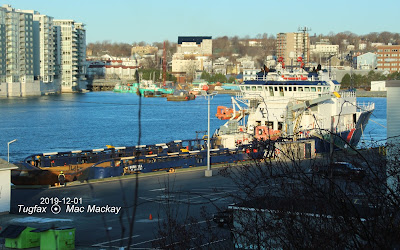