East is East and West is West

The twain did meet in Halifax today with Atlantic Kingfisher and Pacific Constructor at pier 9C.

As previously posted Pacific Constructor with ROV was likely here for some well capping work off Sable Island. 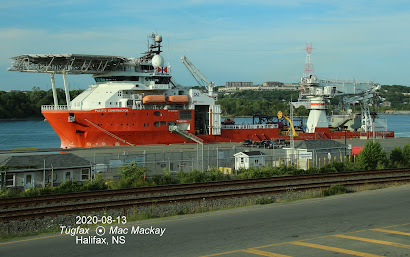 Owners are Swires, one of the old established European / Hong Kong companies, with many business interests in the far east.

Atlantic Towing on the other hand is part of the J.D.Irving companies based in Saint John, NB. 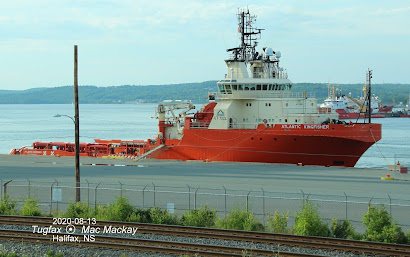 Atlantic Kingfisher was built in 2002 by Halifax Shipyard, another J.D.Irving company. It is normally based in Newfoundland, and was also here in connection with the same well decommissioning project. 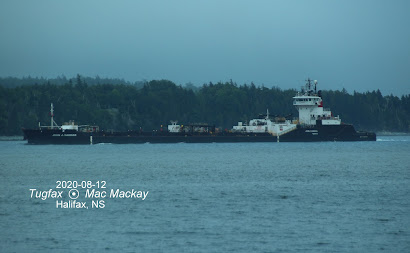 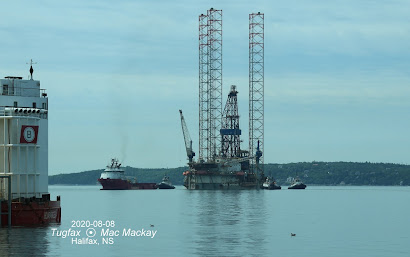 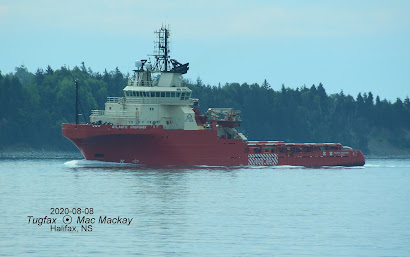 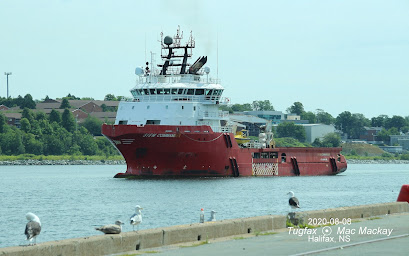 The former HMC Dockyard fireboat Firebird has found a new home on the west coast of Newfoundland. I recently received some pictures showing it doing pilot transfer and ship assist work in Lower Cove for the US flag self-unloading bulk carrier Donald M. James as it took on a load of limestone for Jacksonville, FL.
Built in 1978, the Firebird was declared surplus in 2014 a few years ago and acquired by Sealand Shipping Services of Baie Verte, NL. The vessel remained in Halifax until July when it sailed for Stephenville, NL. That area of the west coast had been without a regular tug since September 23, 2019 when Omni St-Laurent sank at its dock in Stephenville. Sealand's R.J.Ballott has also been reported in Stephenville and it may have been providing some tug service. 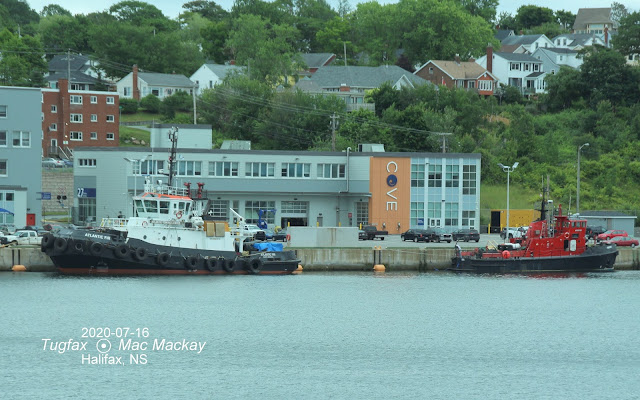 Firebird was most recently alongside The COVE (former CG base) in Dartmouth until July 23 when it sailed for Stephenville.
Firebird still has all its fire fighting pumps and gear, but is now classed as a tug with two 455 bhp main engines driving two Z-drives.
For more on the Firebird's naval history see: firebird farewell
.
Posted by Mac at 8:43 PM No comments: