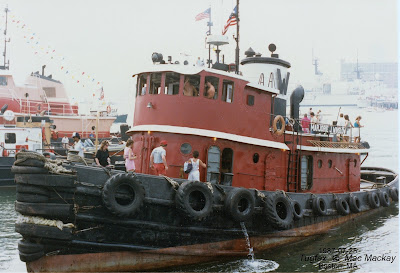 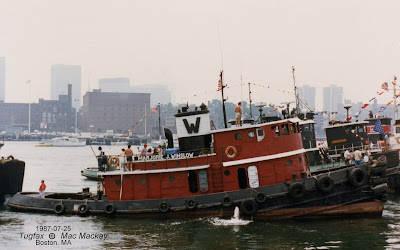 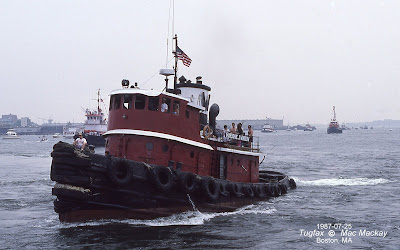 
Update#1 February 28. The tow was out of Bar Harbour, and the tug was carrying eight 44 USGal drums of fule for the workboat in addition to 4400 USGal in its own tanks.
USCG will send divers to the site to assess viability of raising / removal of fuel, etc.,
The owner of both boats is reported to be uin the business of buying old boats to use in television and movies.
.
Posted by Mac at 9:04 PM No comments: 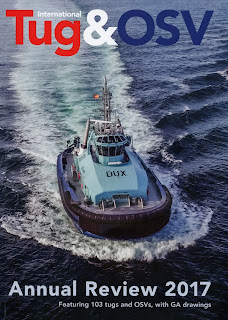 Winter in the North Atlantic is noted for high winds, frigid temperatures and notorious freezing spray.

This winter has been a bit of an exception with prolonged periods of mild air temperatures, well above the Zero degree Celsius mark. Nevertheless tugs must be prepared for whatever happens.

Today was one of those mild days. Yesterday's snow soon melted where it was exposed to the sun. 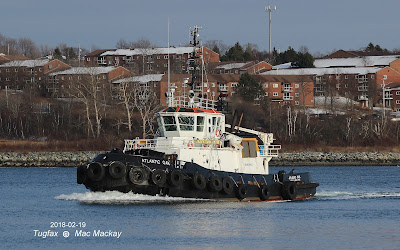 Atlantic Oak made its way through the Narrows in the late afternoon. The tug was tasked with unberthing and escort duties for the container ships YM Evolution.


On Saturday, temperatures were also relatively mild, with few tracers oof snow anywhere, but Atlantic Bear was bundled up for winter work nonetheless. 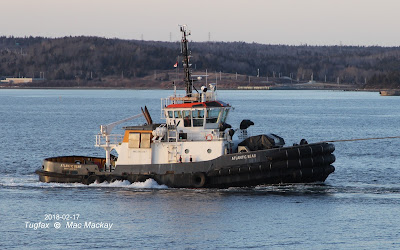 The tug's winch was tarped as were the two fire fighting monitors mounted on the bridge deck.

Earlier in the month there were frigid conditions as Atlantic Fir was stern escort on the YM Moderation. As the ship's name implied, that is just what the weather did a few days later. 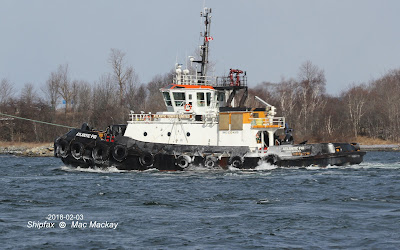 February 3, 1996 was no better - in fact much worse, when Chebucto Sea arrived. It was assisting with the tow of the disabled Amphion. 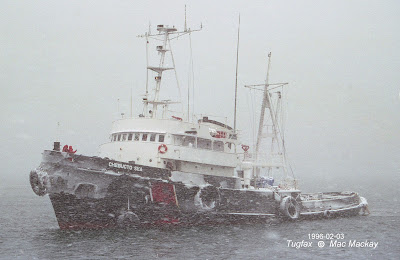 
It was also a frigid day February 18, 1979. Point Vim was standing by at pier 36 (the shed in the background has long since been demolished). 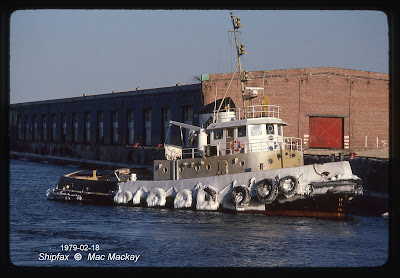 Its fine coat of ice was acquired working around the harbour.

Some visiting tugs get more than they bargain for with Halifax weather. The 1968 built Eklof tug Thor took some freezing when it arrived with the oil tanker barge E57. It left the barge at anchor and moved to the Museum dock to clear ice in January 1989. 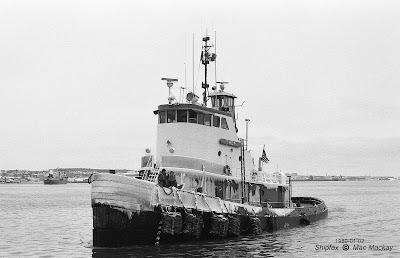 They came back for more however, and made a total of three trips to Halifax that month. The tug was used to hardship however. Built in 1958 as Marjorie McAllister, it sank with the loss of all six crew in November 1969 off North Carolina. Donjon Marine salvaged thre tug in 1972, rebuilt it and it became their Tracy Ann Witte in 1980. Eklof Marine Corp owned the tug from about 1983 until 1999 when it was reacquired by its original owners and renamed Mary L. McAllister. In 2016 it was reported sold to Haitian owners. It is a single screw tug with a 4,000 bhp GM EMD engine. 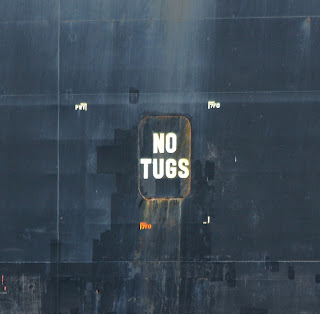 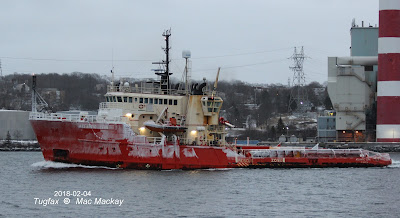 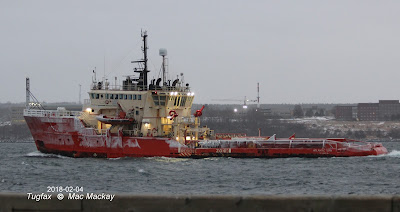