Too bad if Rosalie sold to Turkey

While Tugfax tends to cover news close to home. I do follow tug news from around the world, and I was startled to hear that a unique Dutch steam tug appears to have been sold to Turkey. 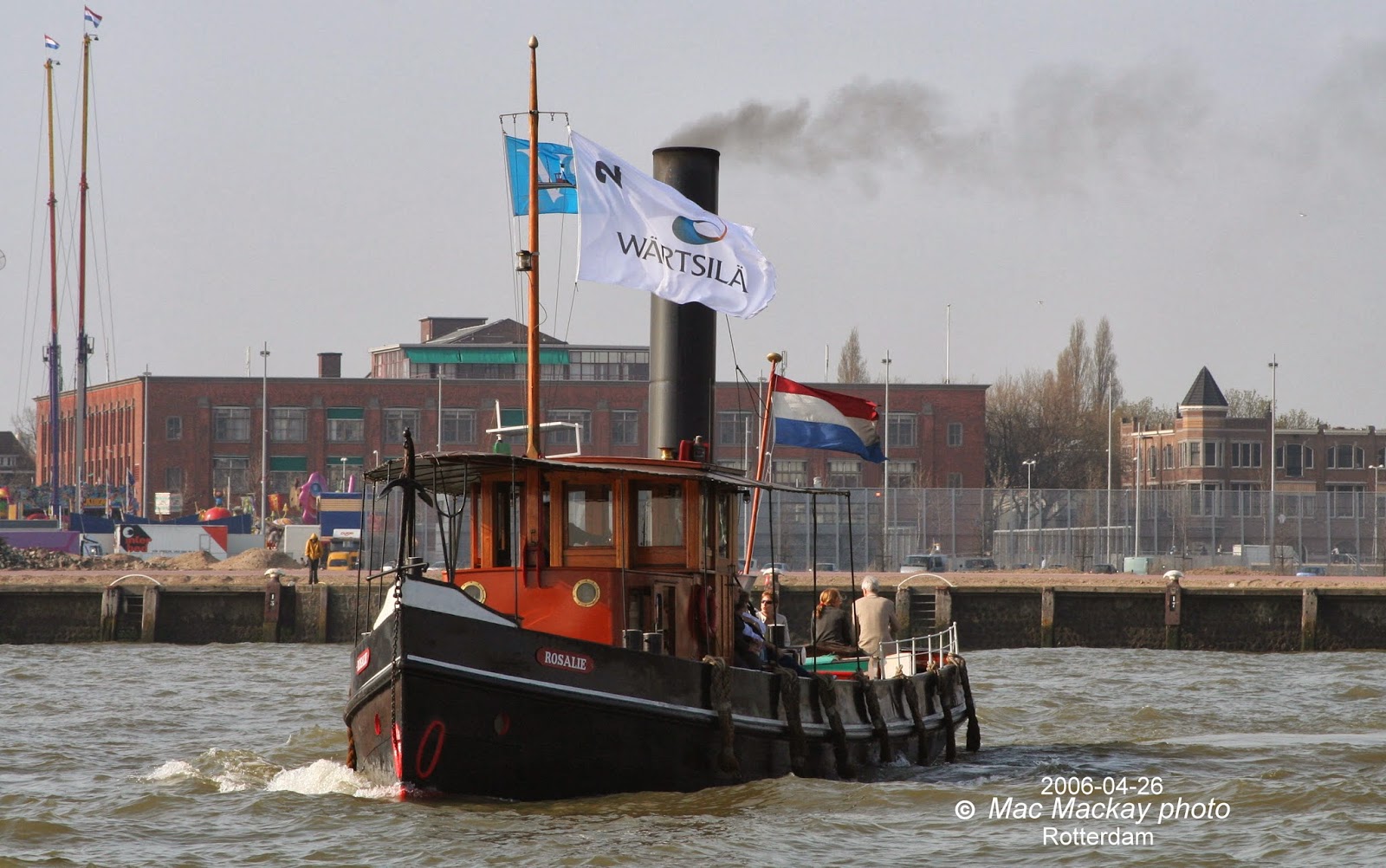 I had the pleasure of watching, and sailing in company with the charming little tug Rosalie in Rotterdam in 2006.

The Rosalie is one of the oldest steam tugs of its kind. Built in 1873, it still has the original 95 HP diagonal compound steam engine and is therefore the only one of its kind.

The ship has a rich history. Built as the Den Briel, it was used for laying sea mines in the mouth of the river Maas and servedthe Corps for Torpedisten from1873-1924. The Royal family was on board the tug in 1922 during the 1st April celebration when the tug entered the port of Den Briel for the 350th anniversary of the capture of Brielle by the Watergeuzen.

After 1924 the ship served under different owners as a tug until 1976, after which an Amsterdam tug owner saved her from demolition. Then she was owned by hobbyists from Enkhuizen and Havelte. It is was restored for € 175,000 with various Government subsidies. A large part of the underwater hull was renewed and a new steam boilers was installed. A group of tugboat enthusiasts hoped to bring her back to her orginal namesake port, but found the price tag to be out of their range.

The price of € 200,000, was too high, even when it was lowered to € 150,000. It would now seem  that the tug has been sold to a museum in Turkey for the scrap price of € 50,000 - a price which the the Brielse tugboat enthusiasts could have raised. In addition, they find it incomprehensible that despite the Dutch Government's investment, the tug has been sold abroad. At present the Rosalie is still in Maassluis waiting for transport to Istanbul. The tugboat lovers hope the ship can still be kept in the Netherlands.

A contract for supporting the offshore gas fields off Sable Island seems to have changed hands on or about January 1. The Secunda supplier Scotian Sea and standby tug Ryan Leet have been replaced by the Atlantic Hawk and Atlantic Tern respectively. 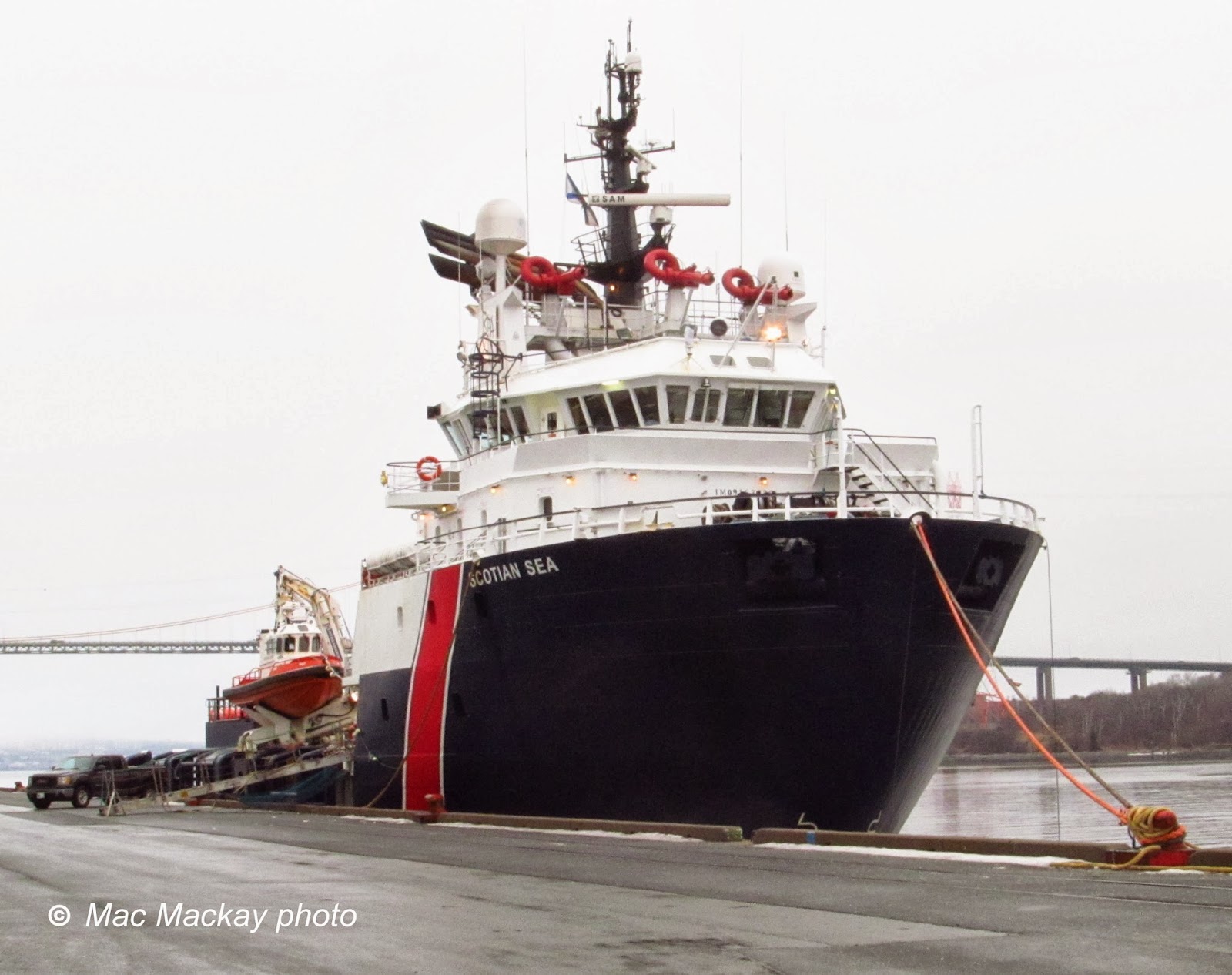 Scotian Sea  has been idle at pier 9B in Halifax since the first of the year.[January 11, 2014 photo]

Meanwhile Ryan Leet has been laid up in Mulgrave awaiting new work.[April 25, 2011 photo]

Meanwhile Secunda's Panuke Sea and Venture Sea are still working off Sable Island.
Posted by Mac at 7:58 PM No comments:

Océan Basque to be

The first signs that Groupe Océan have taken over the former Pointe aux Basques became evident this week. Océan blue paint has been applied to the first part of the former name and port of registry, and it won't be long before the new lettering shows up. 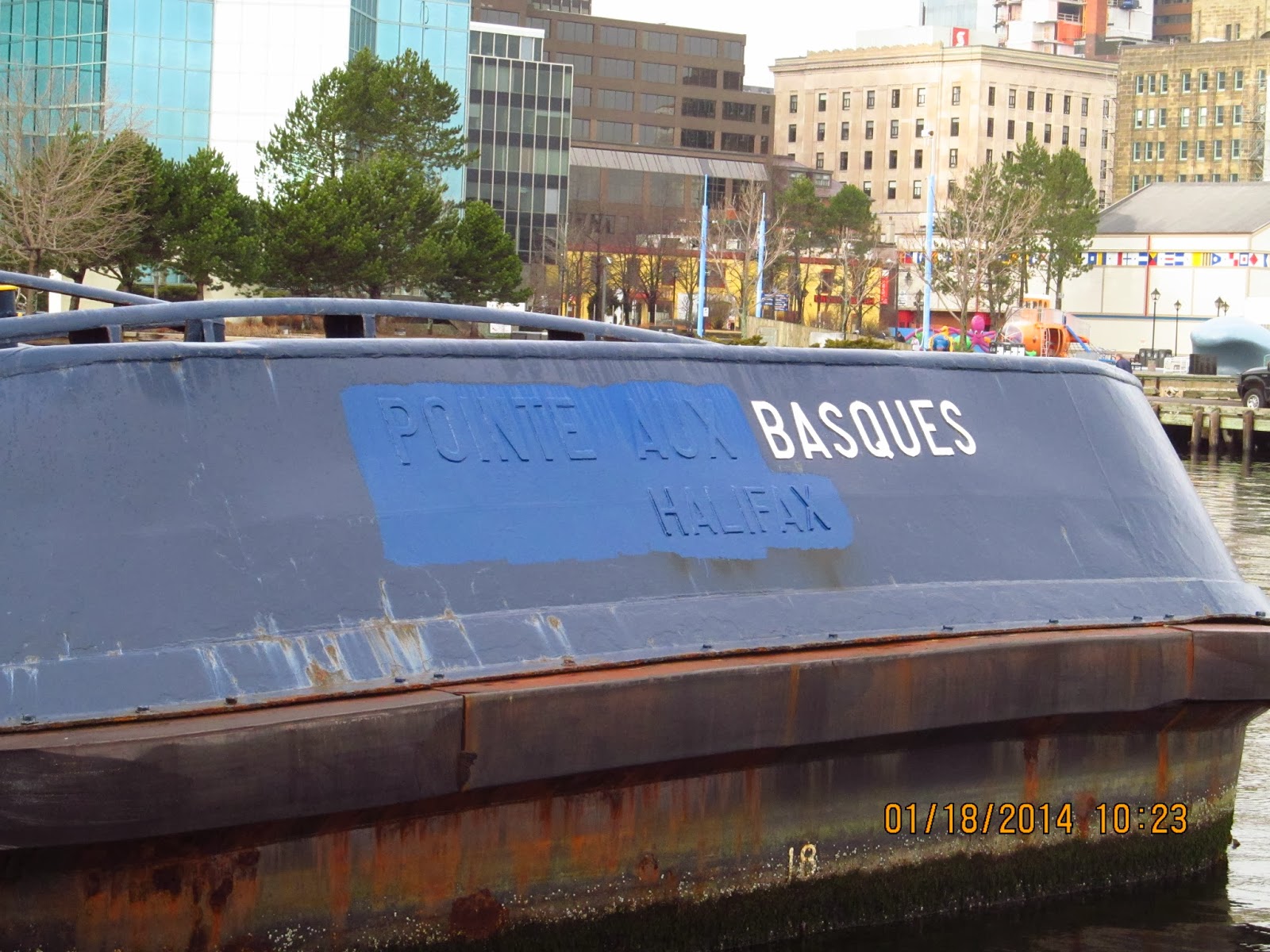 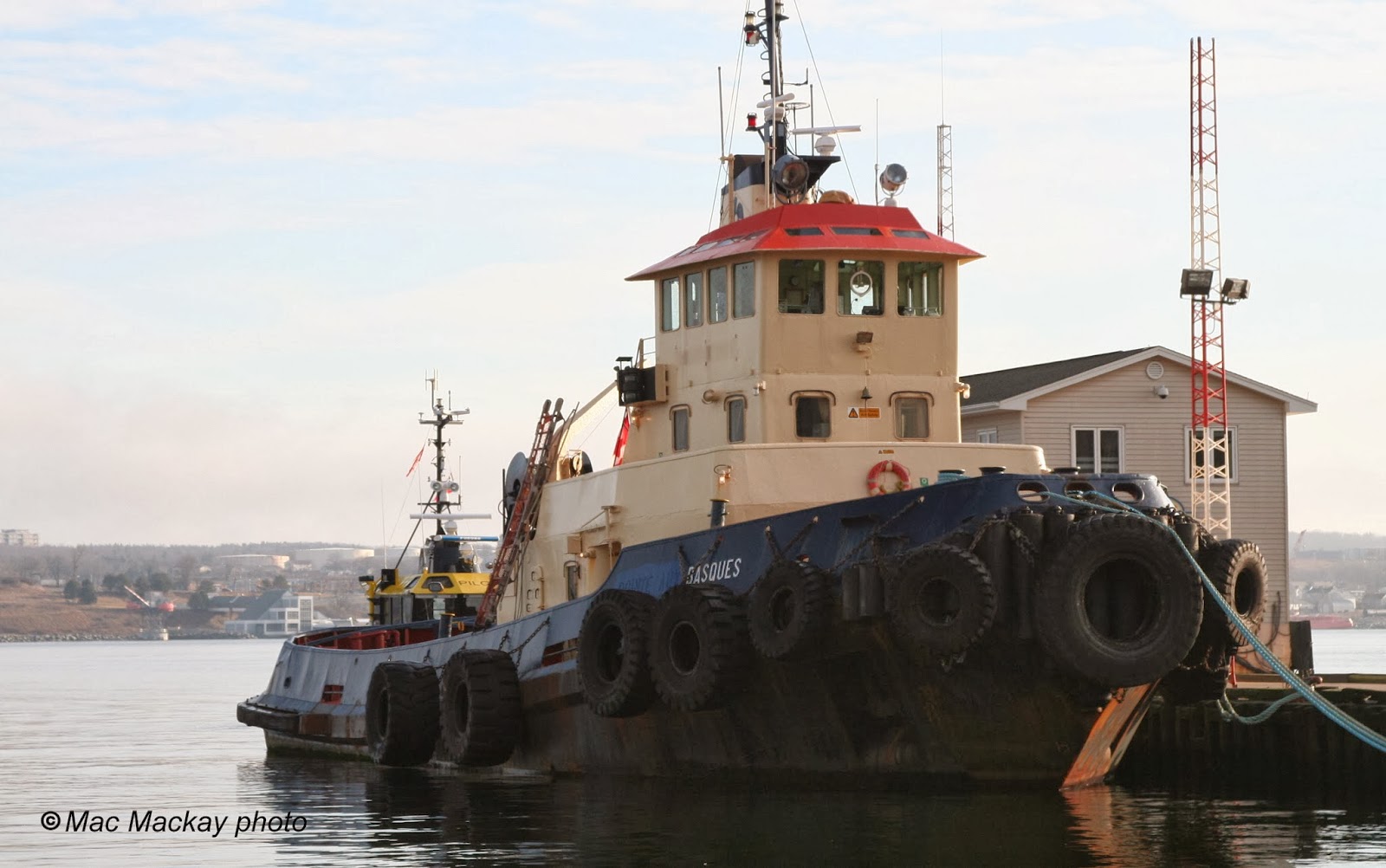 So far the Svitzer funnel mark has not changed, and the tug is still sitting idle at the Svitzer dock in Halifax.

The tug Ryan Leet is in port probably for one of its regular, fuel/stores/crew change visits. The tug is tasked with standby duties off Sable Island. It only comes to port about once a month, usually toward the 28th.
Also in port is a rarer caller, Atlantic Towing Ltd's Atlantic Hawk. Built by Halifax Shipyard in 2000, it was the second of four big suppliers from the yard. It normally works off Newfoundland