Atlantic Towing Ltd's new tug/supplier put in an appearance in Halifax today. It tied up at the Mobil dock in Dartmouth which is used by supply boats to take on stores and materials.
The tug has been contracted to stand by a seismic exploration vessel off Greenland. 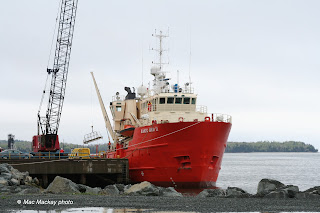 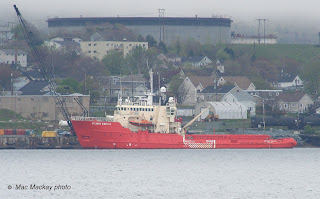 It's always a good question when I see tugs in these positions. Are they pushing or pulling? 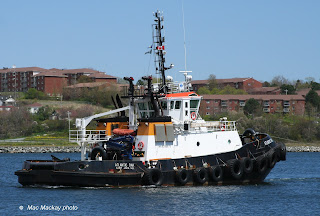 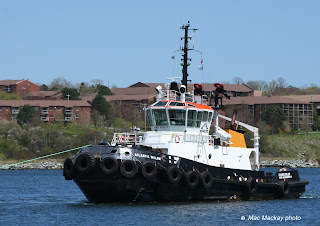 Since I will be travelling for the next month, and probably not posting very much to this site, you will have time to ponder this deep question! Hint: you can't push on a string.

See Shipfax for May 12 to see what they were doing.
Posted by Mac at 5:44 PM No comments:

The impressive US tug El Jaguar made a return visit to Halifax this weekend. As on her previous visit, she was towing the barge Marmac 400 with components for the nickel smelter in Long Harbour, NL. This time however, the load consisted on building structures, instead of pipe racks.
It was also a shorter stay this time. The tug arrived in the middle of the night and sailed late this afternoon. 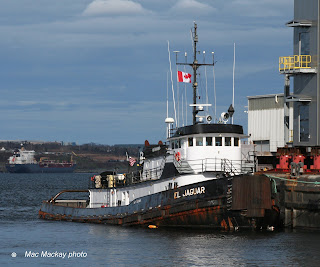 1. El Jaguar lies alongside the tow while the crew reconnects the towing gear. 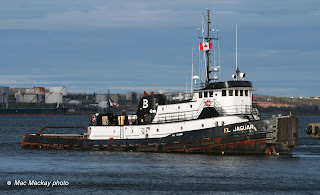 2. With towline connected the tug backs away. 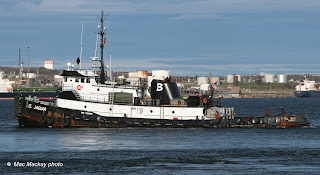 3. Once turned the tow line is adjusted (the shackle is is just at the rail forward of the strongback.) The tug is being conned from the aft control/winch station on the boat deck.


4. While Atlantic Willow pulls the stern off the dock, El Jaguar pulls around to head out.
Posted by Mac at 9:24 PM No comments: 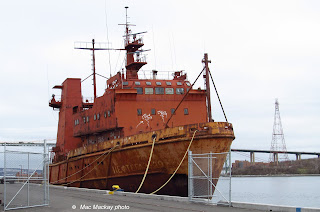 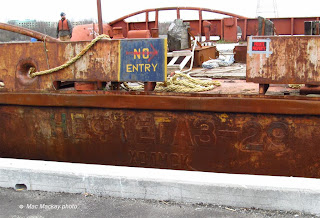 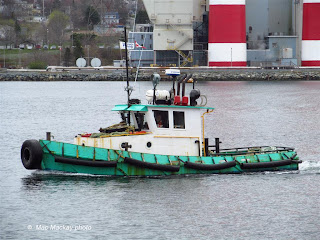 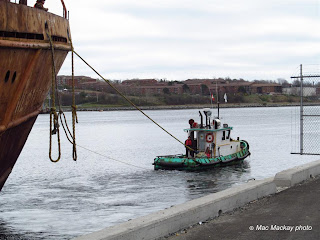 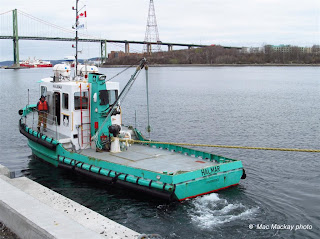 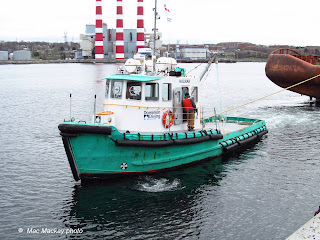 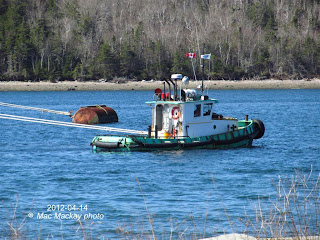 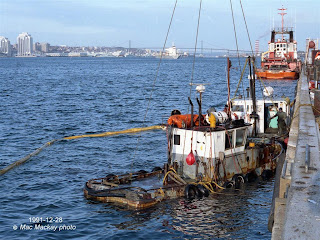 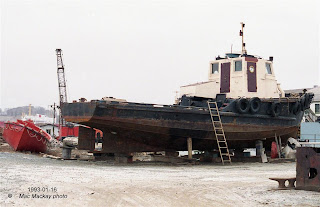 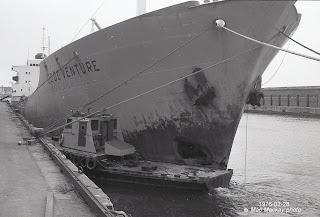 Changing of the Guard at pier 9 C

As work at pier 9c shifts from dredging to pier construction, there was a change of contractors and tugs were at work.
Harbour Development Ltd completed the dredging April 30 and their Atlantic Tamarack shifted all the scows and dredge from pier 9c to pier 7. (See also Shipfax) In order to get all the craft sorted out in the right order, Tamarack moved Swellmaster out of the way them back into place. Atlantic Tamarack has been handling most of the dredging scow work, although Swellmaster did some of the early work.Now that their part of the contract has been completed, the tugs and plant will be doing maintenance until the next jobs come along. Most dredging is done in the late summer and fall because spring run off (freshet) is continuing to deposit silt in places such as Saint John. 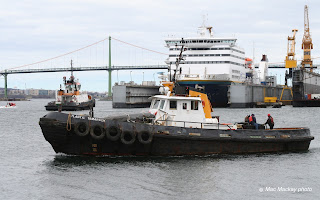 1. Atlantic Tamarack goes about its business while Atlantic Willow stands by for the ferry Highlanders to leave drydock. 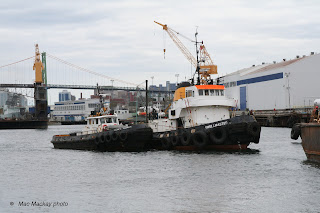 2. Tamarack had to move Swellmaster twice to get all the plant arranged at pier 7.

On May 1 McNally Construction Inc took over the site and Mister Joe arrived with the tug Whitby and pile driving scow Derrick No.3 Ever on the move, Mister Joe returned almost immediately to Port Hawksbury, leaving Whitby here. McNallly's Carl M. has been here all winter and idle at pier 9 with other plant that was working on the pier c contract.
﻿ 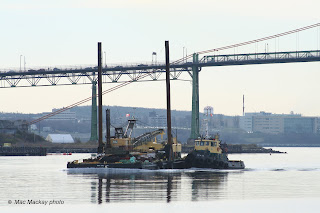 3. Mister Joe arrives on May 1 with Derrick No.3 on the hip. Whitby is hidden behind the scow. 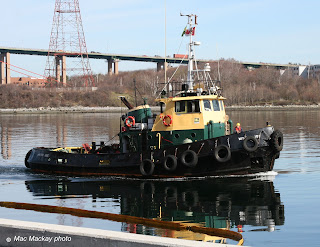