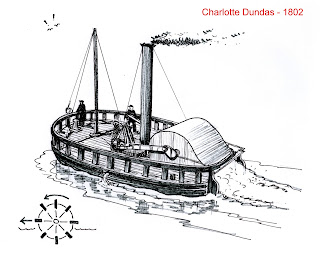 Tugfax will be paddling off on my annual summer break for a few weeks. It is possible that there will be some remote posts, but they will be rare. 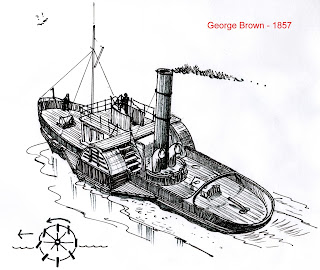 Thank you for your support, additions and corrections, and to those of you who were able to attend my photo exhibit, which is now closed.  I hope to have an on-line verison in the fall. 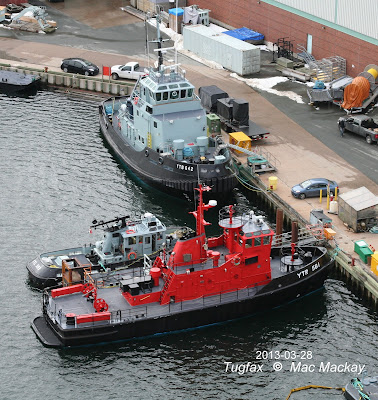 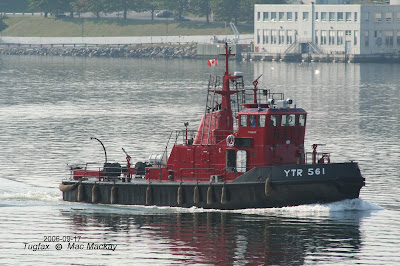 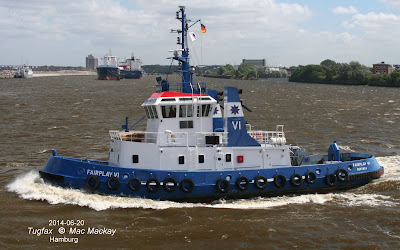 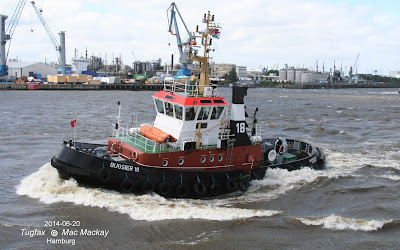 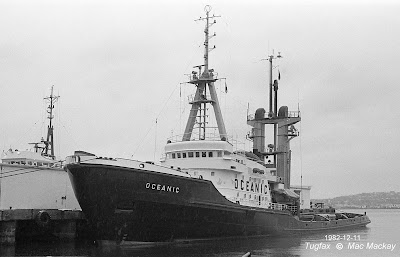 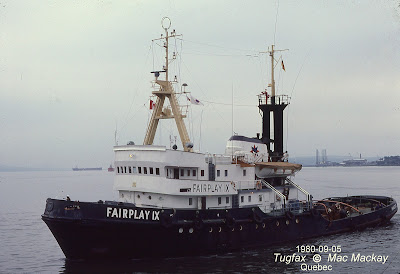 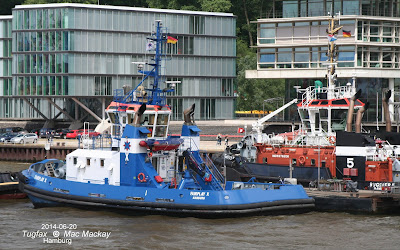 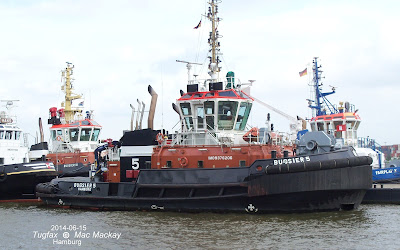 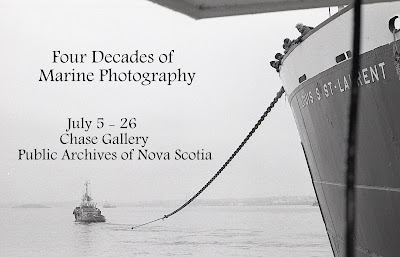 Although I am in my sixth decade of marine photography, my current show at the Public Archives of Nova Scotia is entitled Four Decades of Marine Photography. That is because I have selected images only from the 1960s to 1990s.


They are all in black and white and were taken in Quebec and Nova Scotia (with one from New Brunswick) and show a wide range of shipping related subjects from my large archive.


On Saturday, July 8, there will be an opening reception from 1300 to 1600 in the Chase Gallery at the Public Archives of Nova Scotia, 6016 University Avenue, corner of Robie Street.


All photos are professionally printed on archival water colour paper, with acid free matte and framed behind glass and are for sale. Prices range from $125 to $150. 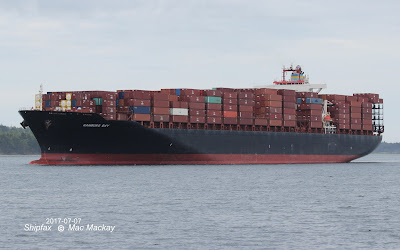 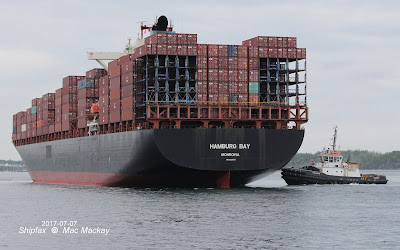 Return of the Coho - AMENDED

A familiar sight in Saint John, NB, the articulated tug barge (ATB) combination Coho and Penn No.92 made one of its infrequent visits to Halifax today.

The US flag tug and its 7100 grt asphalt barge usually run from Saint John to US east coats ports, but due to a shortage of Canadian tanker space*, Irving Oil received a coasting license to use the pair to deliver asphalt to Halifax and the Newfoundland ports of  Stephenville, Holyrood and Botwood. They will be making a second trip later in the month or early in August, delivering asphalt to McAsphalt. 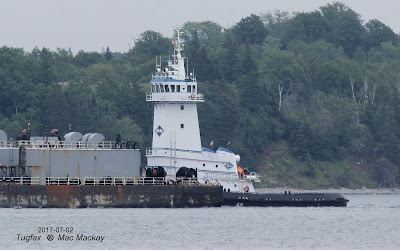 Coho was built in 2008 by Thomasea Shipbuilders LLC in Lockport, LA one of five tugs with 51.5 ft high pilot house, specifically for ATB work. The connection is made with a JAK coupler system, which has proven to be so successful at sea that the tug can remain in the notch at all time.

Original owner of the pair was Penn Maritime, originally of Philadelphia, but by then based in Stamford, CT, and the tug carried their distinctive grey colour scheme, with black hull and white trim.  It was in those colours that they visited Halifax in 2012. The same year Penn Maritime was acquired by Kirby Corp of Channelview, TX and although they retained the names of both tug and barge, the tug has been repainted in Kirby Colours. 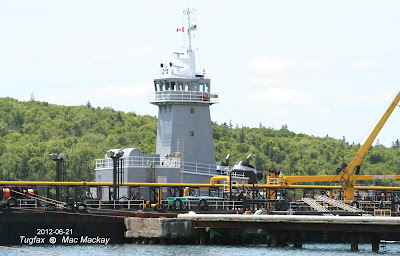 Docked at McAsphalt's jetty in Eastern Passage in 2012, the tug had disconnected from the barge during the unloading process.


*   The new tanker Damia Desgagnés  was originally scheduled to make these trips, but it was late being delivered. It has since run aground and may require repairs, further delaying it.

AMENDED
Monday July 3, 2017
Less than 24 hours after arriving, Coho and Penn No.92 sailed from the McAsphalt dock in Eastern Passage.
The barge is carrying 80,000 bbls of ashpalt to distrubute to the four ports it will visit, so it likely unloaded one quarter of  its cargo here. 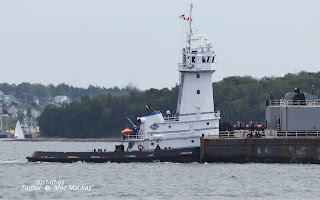 On sailing it took the starboard side of the channel allowing a bit closer view of the tug.