The tug Brochu suffered a fire at Port-Cartier, QC in mid-September and was removed from service. With its sister tug Vachon it was to be retired September 30 when Groupe Ocean is due to take over tug services in the port.


Groupe Ocean has assigned Ocean Yvan Desgagnes and Ocean Ross Gaudreault to work in Port-Cartier. Both are 5,000 bhp ice class, fire fighting tugs, built in 2010 and 2011 respectively.
They can also call for assistance from tugs based in Sept-Iles, which is nearby. 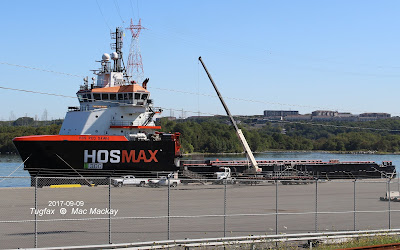 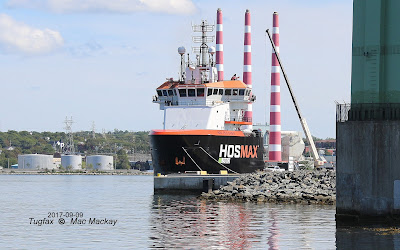 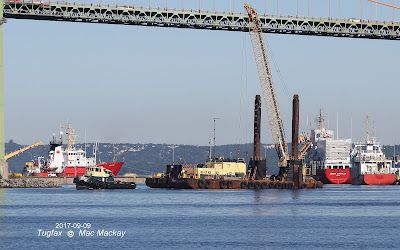 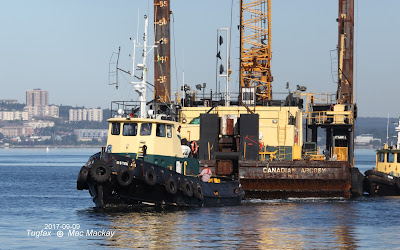 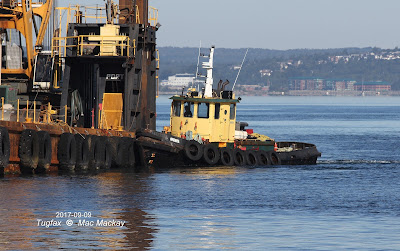 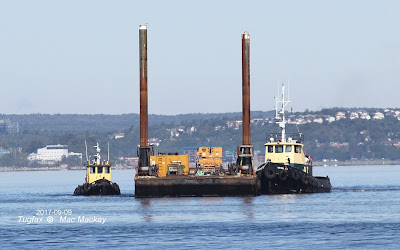 Canada's five Glen class tugs continue to serve, although based on the July report they will be replaced in record setting time by 2020. This date is one of several questionable aspects in what is expected to be a Request for Proposals issued this fall under the National Shipbuilding Strategy.

Firstly, the Canadian shipyards best positioned and most experienced in building tugs cannot (singly) deliver 4 tugs by 2020, even with the so called "off the shelf commercial design" that the government is calling for. What it should mean of course is that the order will be split, with two tugs going to a west coast yard or yards and two to an east coast yard or yards. If that is done then there is a chance for 2020 delivery.

What it should not mean is that some large yard (I am thinking Davie), with no tug building experience in this century, will get the job just because they built six tug in two years in 1962.


HMC Dockyard in Halifax currently has three Glen class tugs,  and Esquimalt in British Columbia has two. The expectation of the new plan is that Halifax can make do with two tugs, even though the fleet will be growing by 6 to 8 more ships after 2020. Two tugs aren't enough for Halifax, even with the availability of the small Ville class pup tugs and local commercial tugs. Experience should tell the powers that be that having three tugs gives unlimited availability in-harbour, and out-of-harbour at the same time and covers off refits. The low running hours and redundancy that result from having three tugs is one of the reasons that the current tugs are still serviceable after 40 years.

The new tugs will also have to have firefighting capability. This is now standard in most tugs built world wide,  and I suppose the thinking is that if one of the tugs is busy fighting a fire, they will hire in a civilian tug if they need one. This may be wishful thinking as emergencies do not always occur at convenient times.Again, to cover off the rare fire fighting requiurement, three tugs would be a safer bet.

On Monday the tug Glenevis was spotted in Pictou with the swill barge YRG 62. I assume the barge is there for hull work, and maybe the tug is there for refit too. If so, under the proposed scheme that would leave Halifax with only one tug for an extended period. 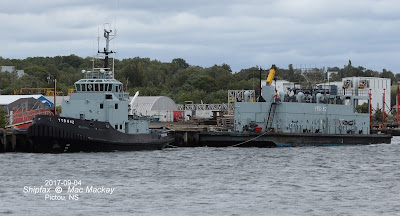 Another interesting term in the RFP is reported to be the Near Coastal Voyage Class 2 certification (no more than 25 miles from shore) and the RFP's restricted range of 750 nautical miles from home ports.  I suspect such a classification might preclude trips to Newfoundland, for example.

The 750 n.mi. restriction would might also prevent the trip that Glenevis made in 1977 when it went to St.Catharines, ON and took delivery of the self-same YRG 62 (but then called YBZ 62), newly built by Port Weller Dry Dock and towed it to Halifax.

My suggestion is for the RCN to build three new tugs for Halifax, - fit then out with decent anti-pollution capability, (and yes fire fighting) and have them capable enough of going to sea if need be and to make long trips - maybe even to the north in summer. Just building a pair of low power, short range, docking tugs seems to me to be short sighted.