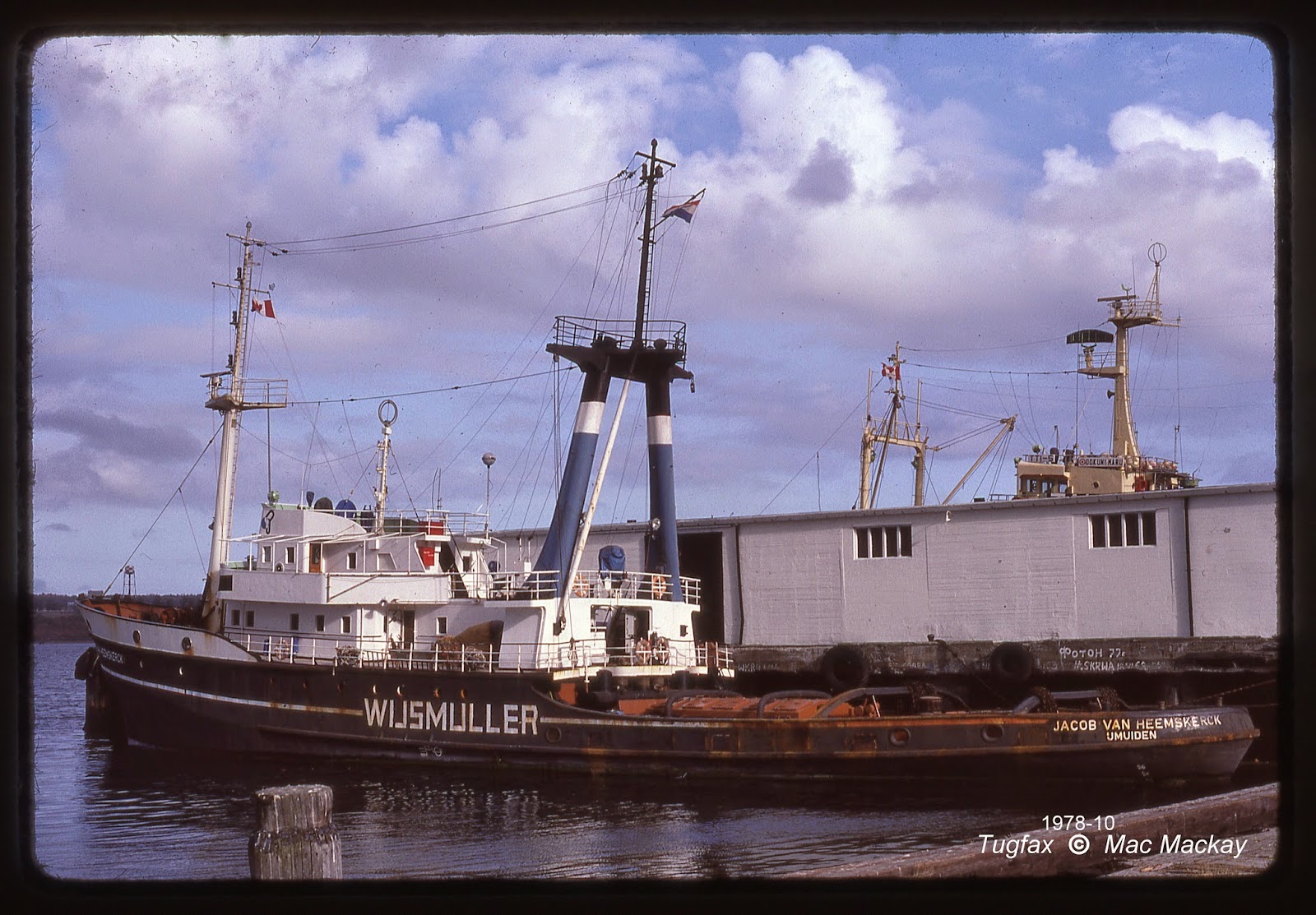 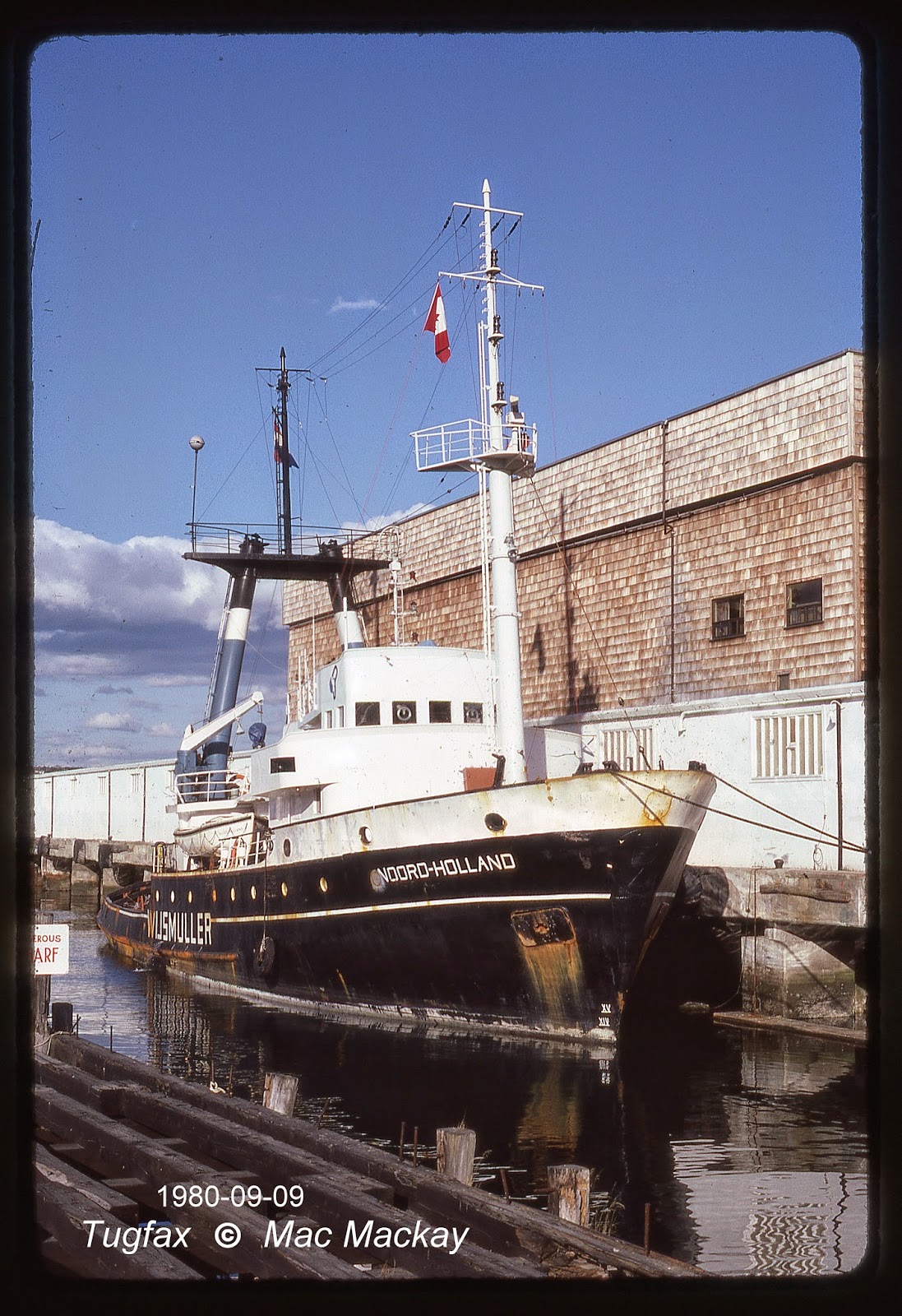 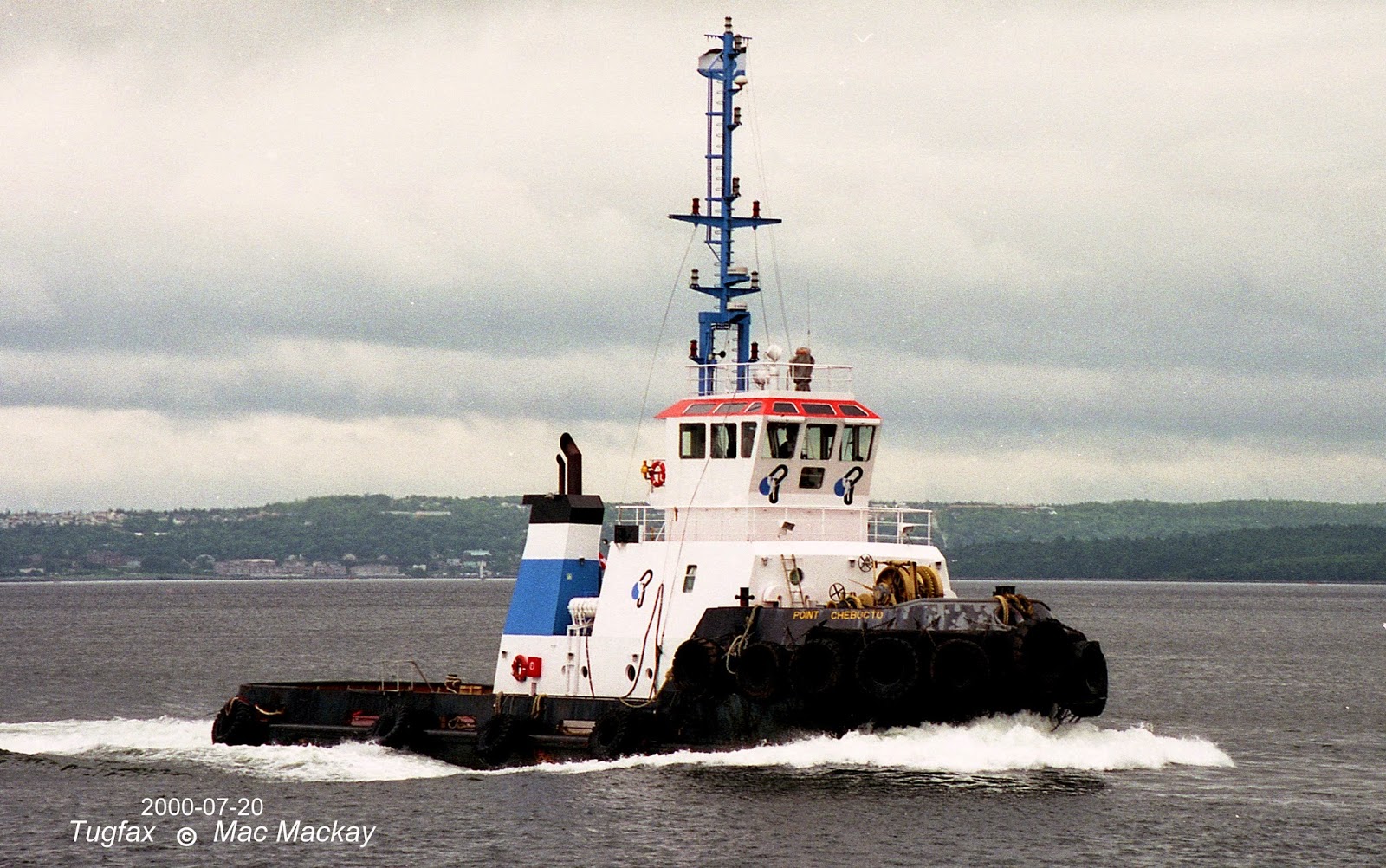 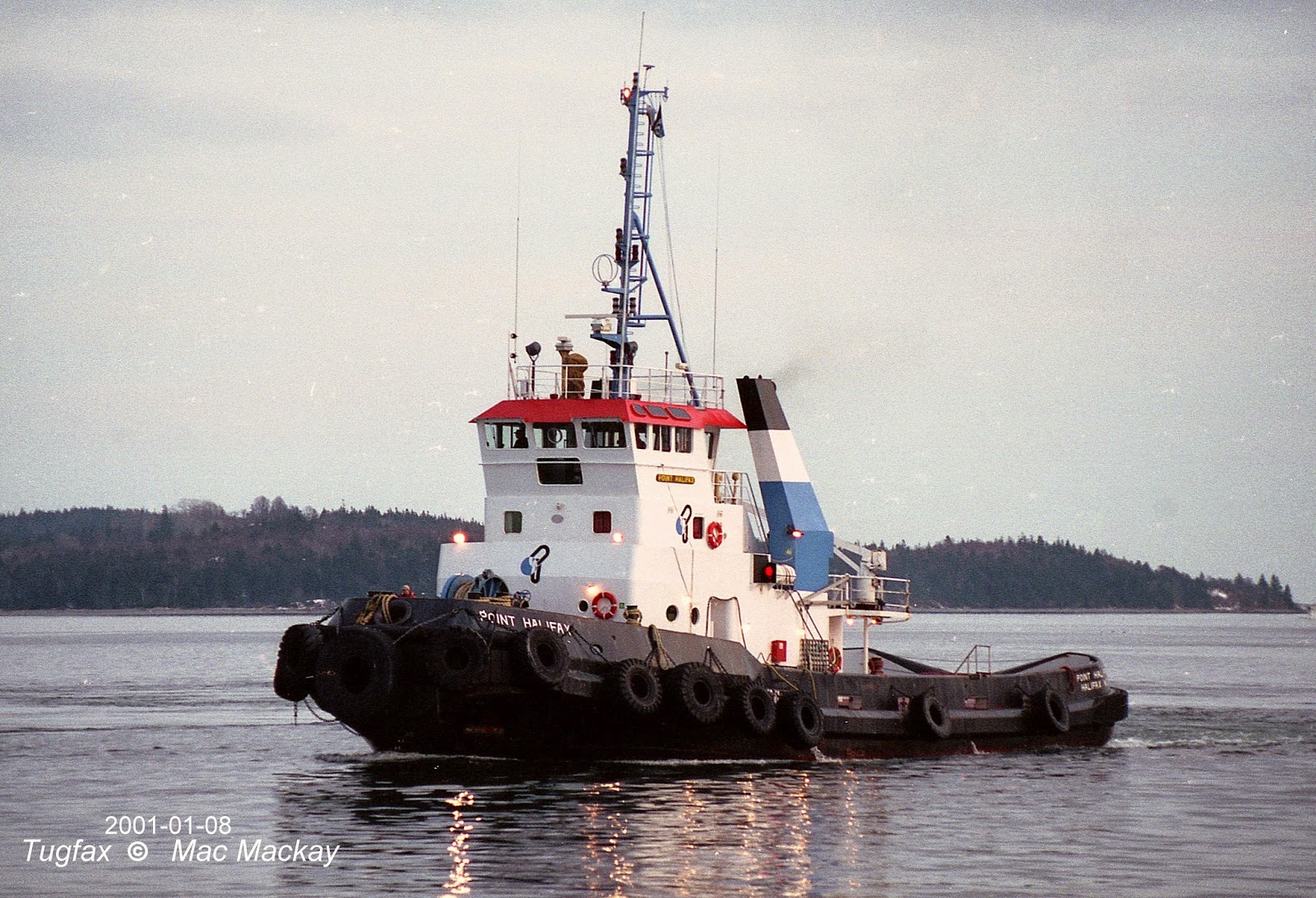 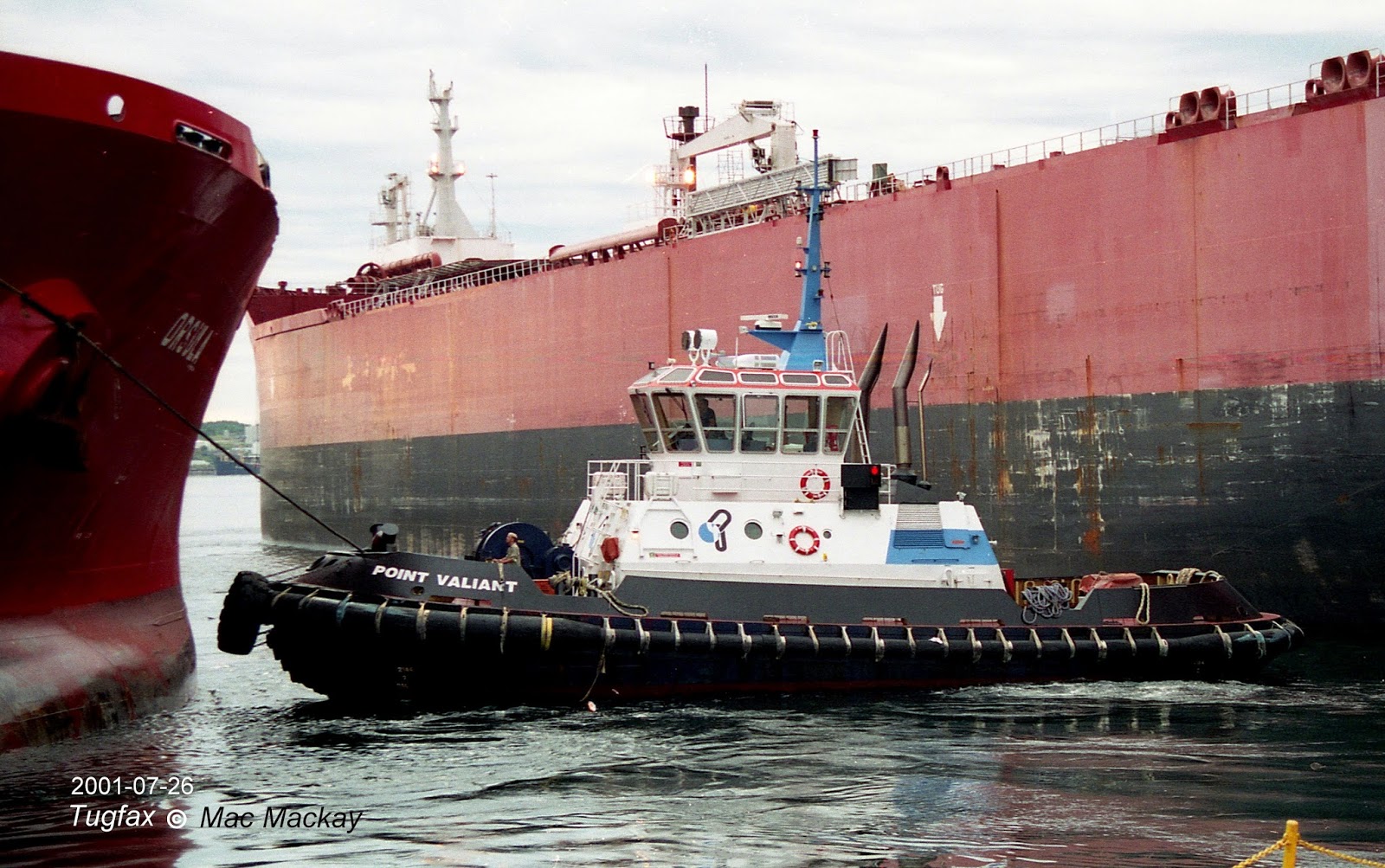 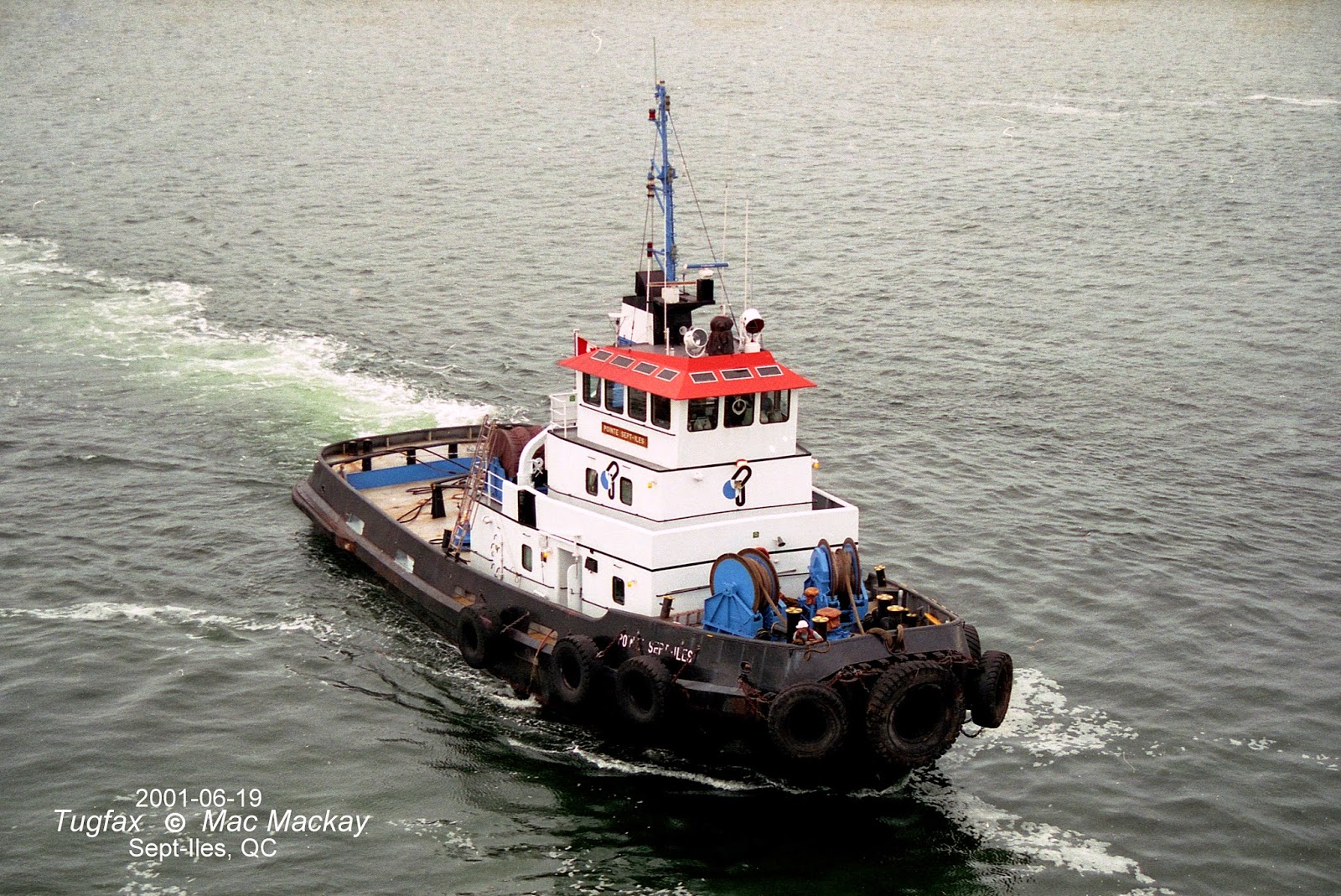 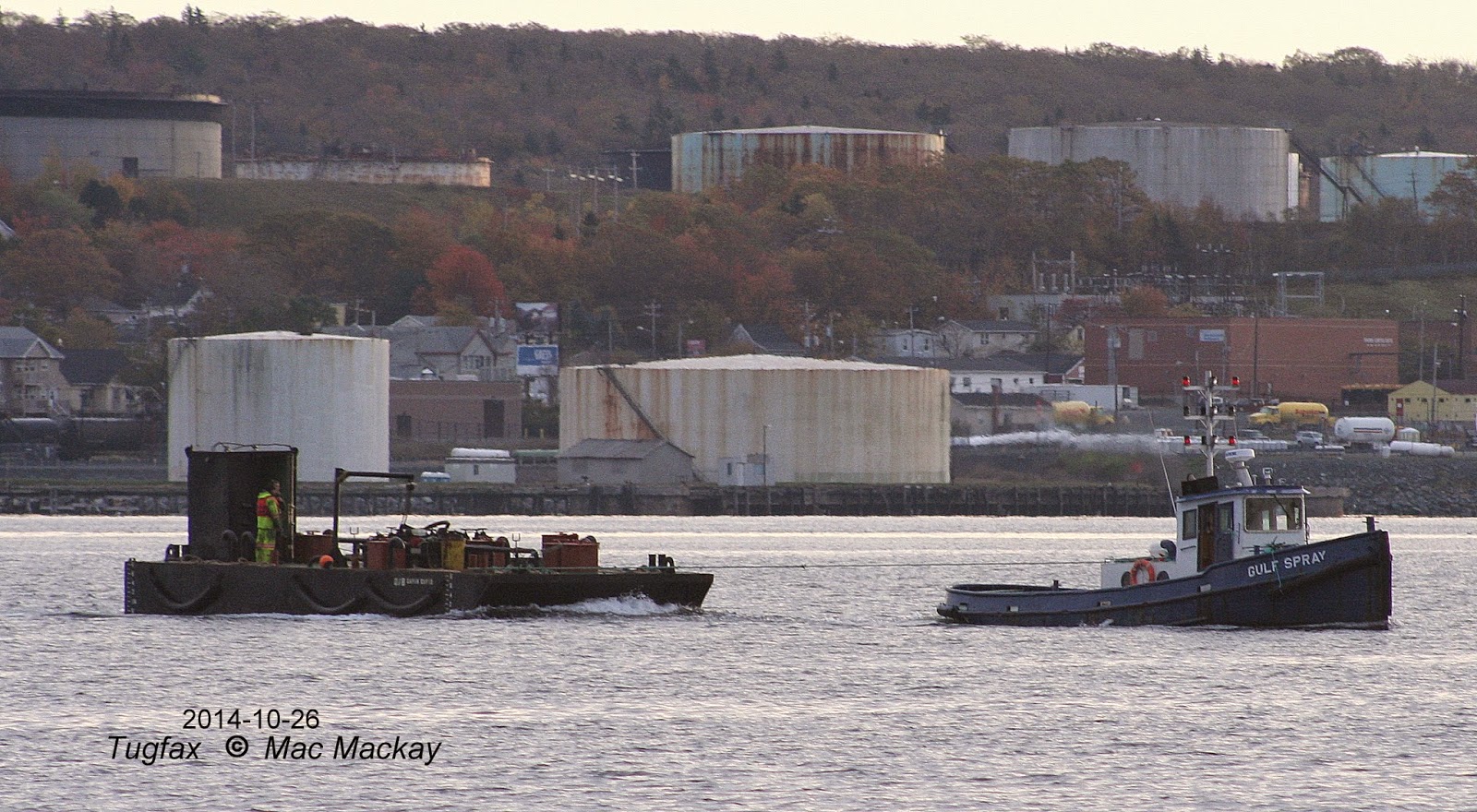 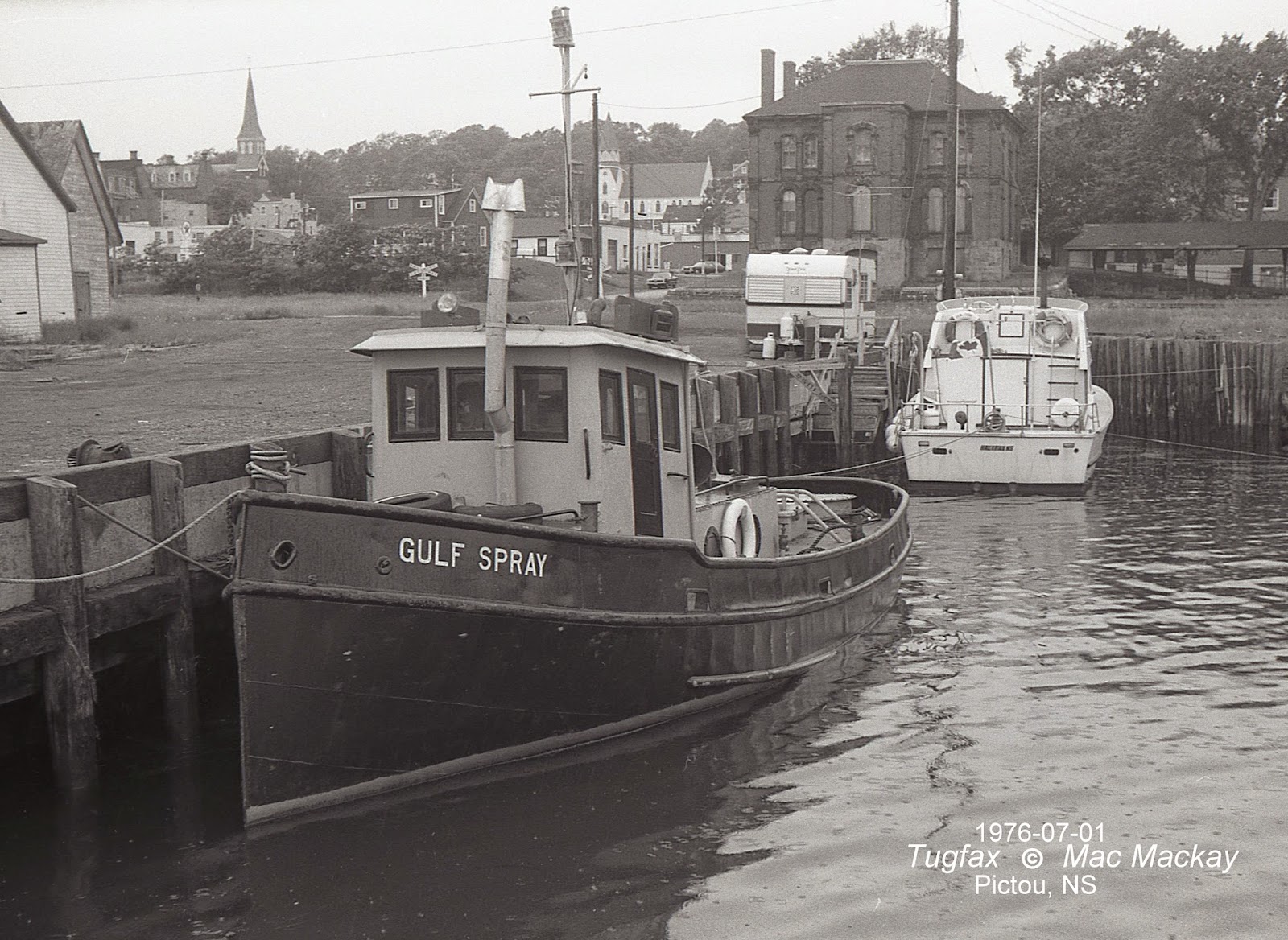 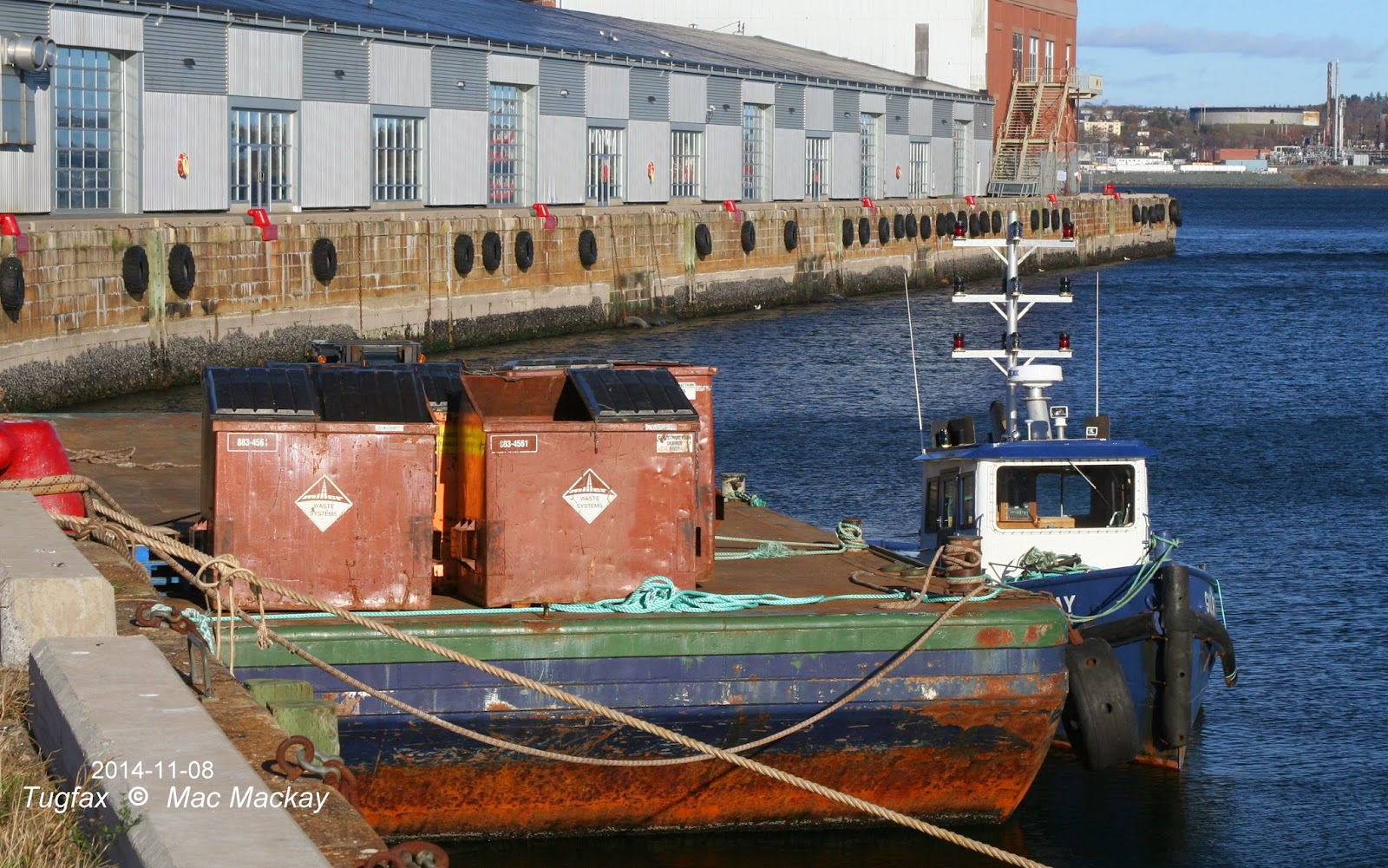 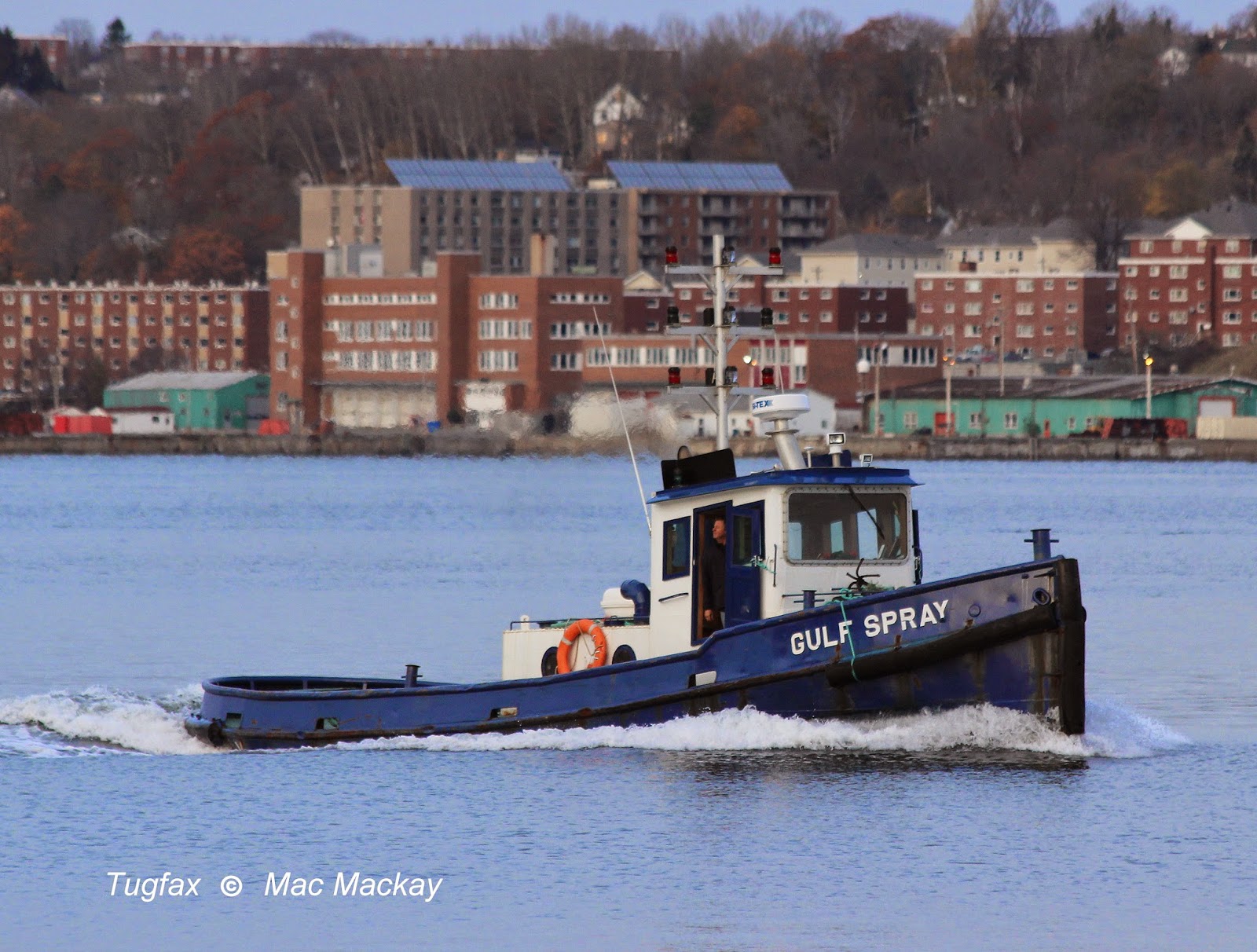 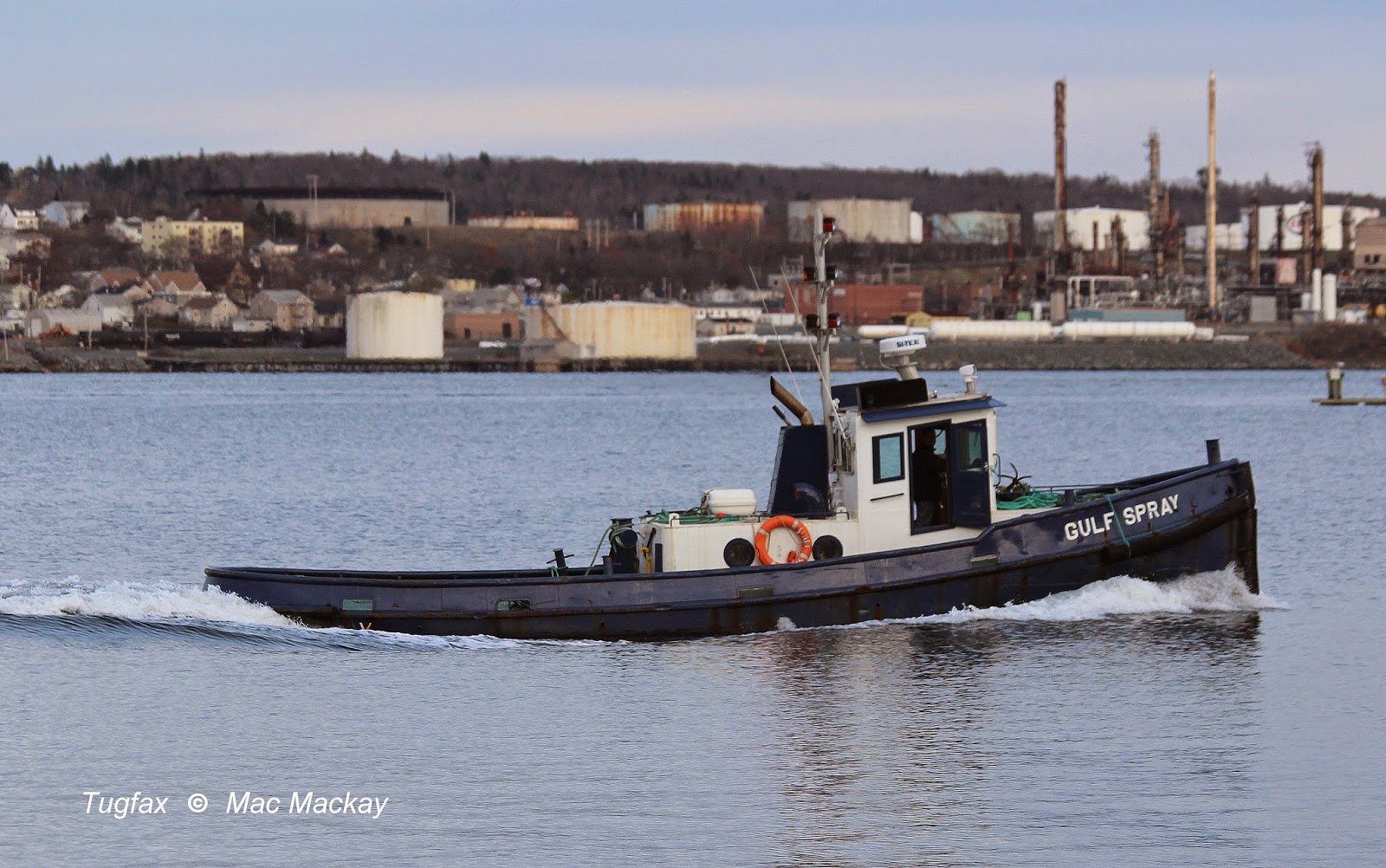 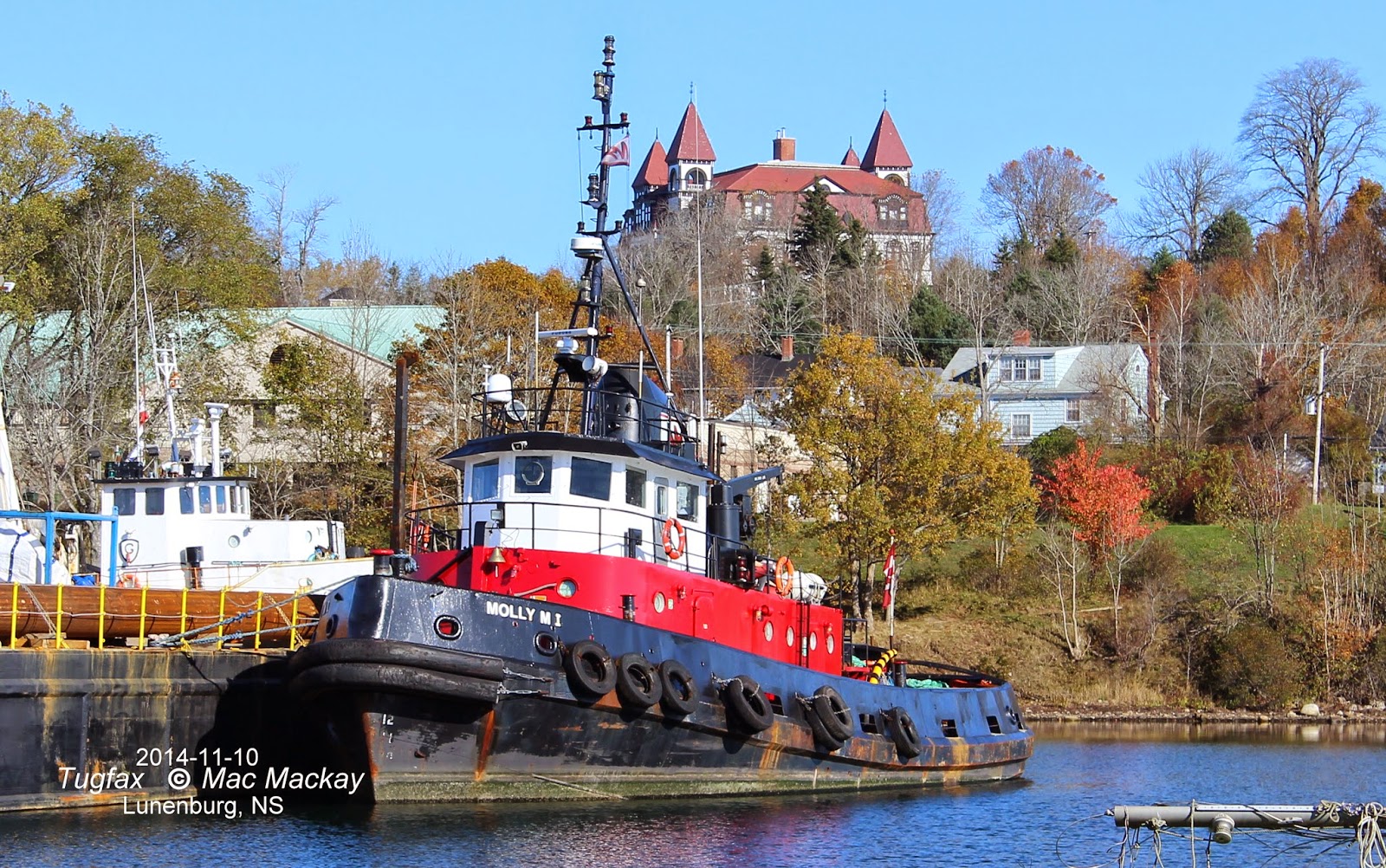 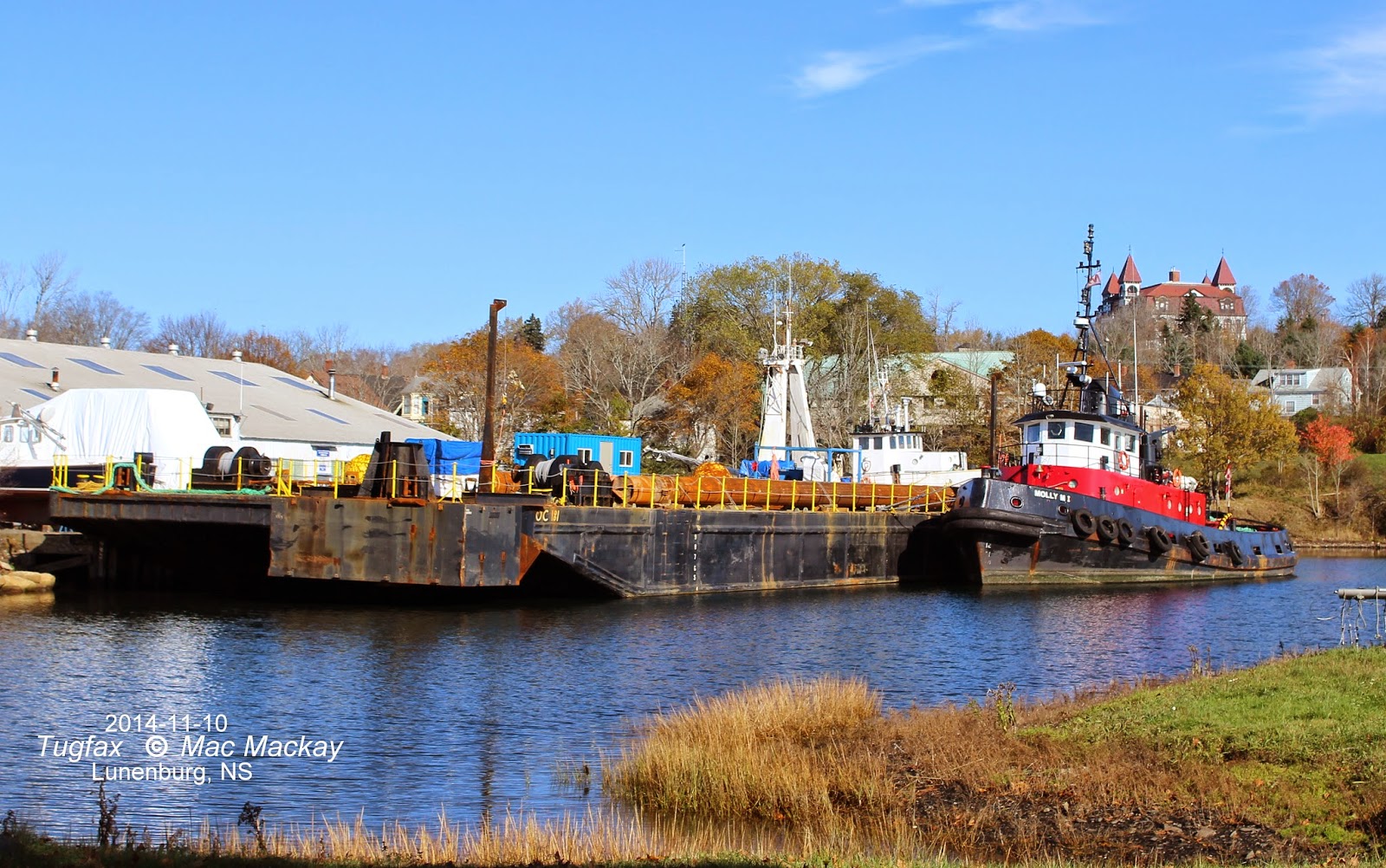 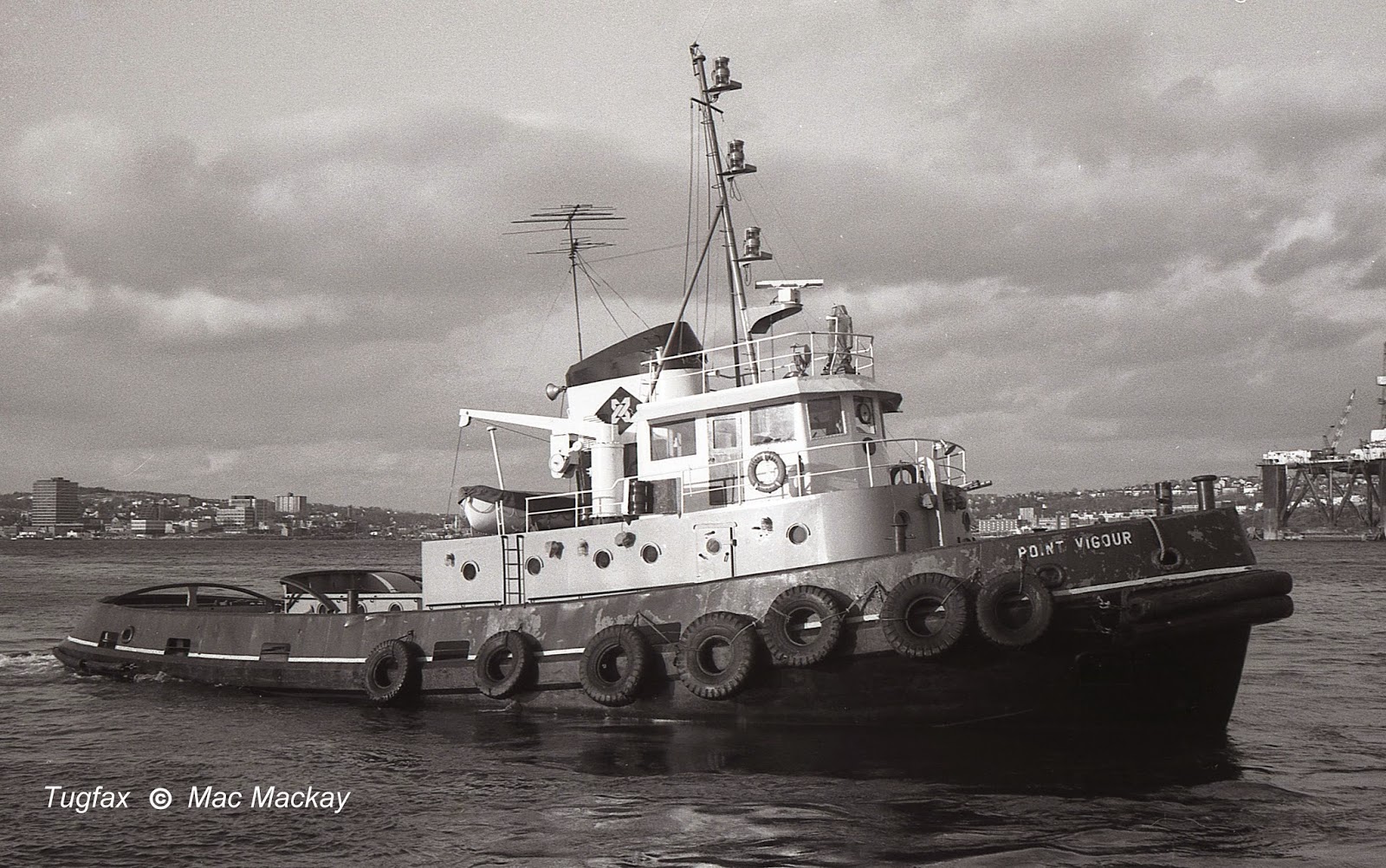 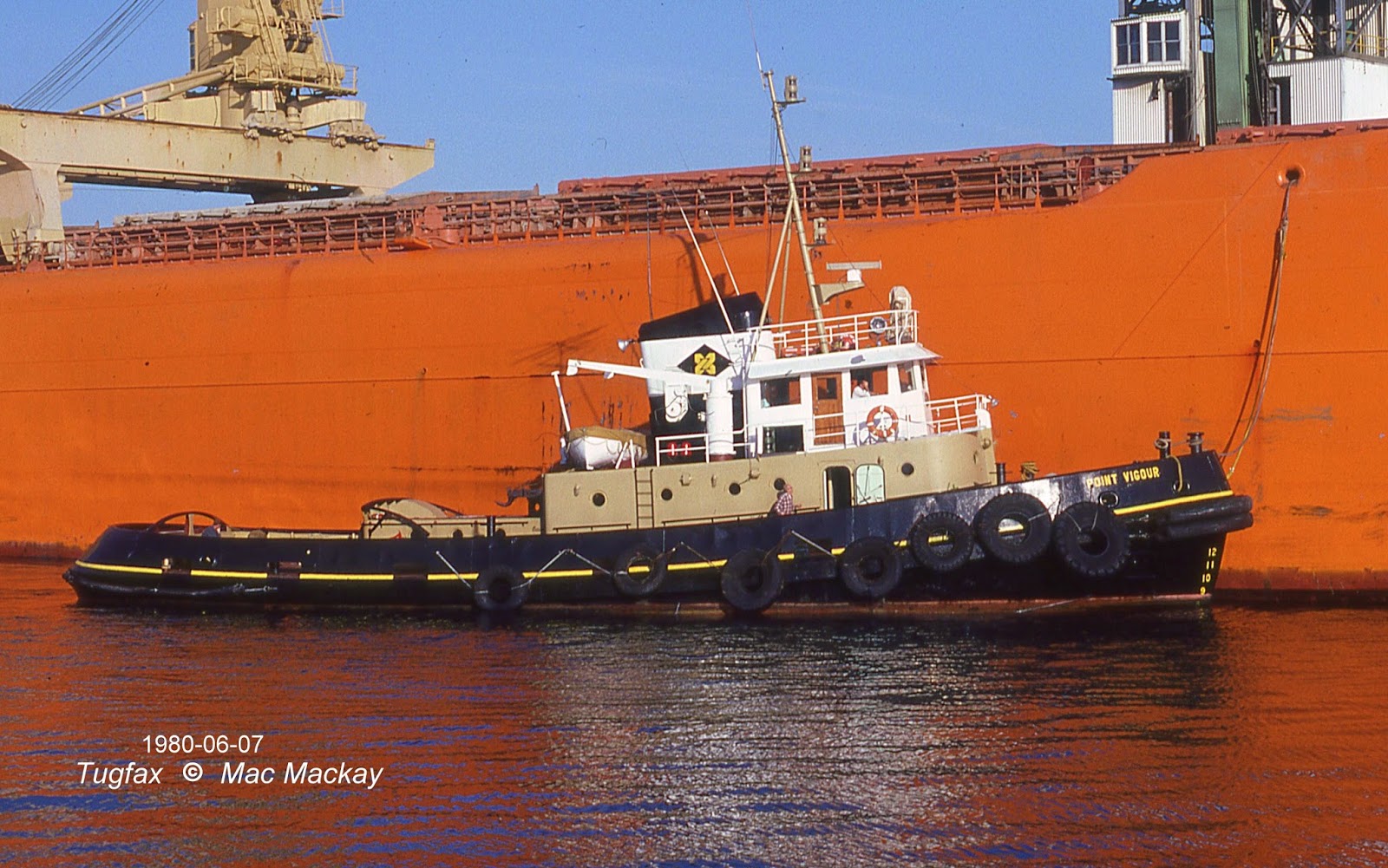 Secunda Marine Services was founded n Dartmouth, NS and has evolved over the years through ownership changes. When it started however, and had its first contracts with Shell Oil, it acquired a small fleet of US built anchor handling tug suppliers during the oil exploration boom of the mid 1980s. 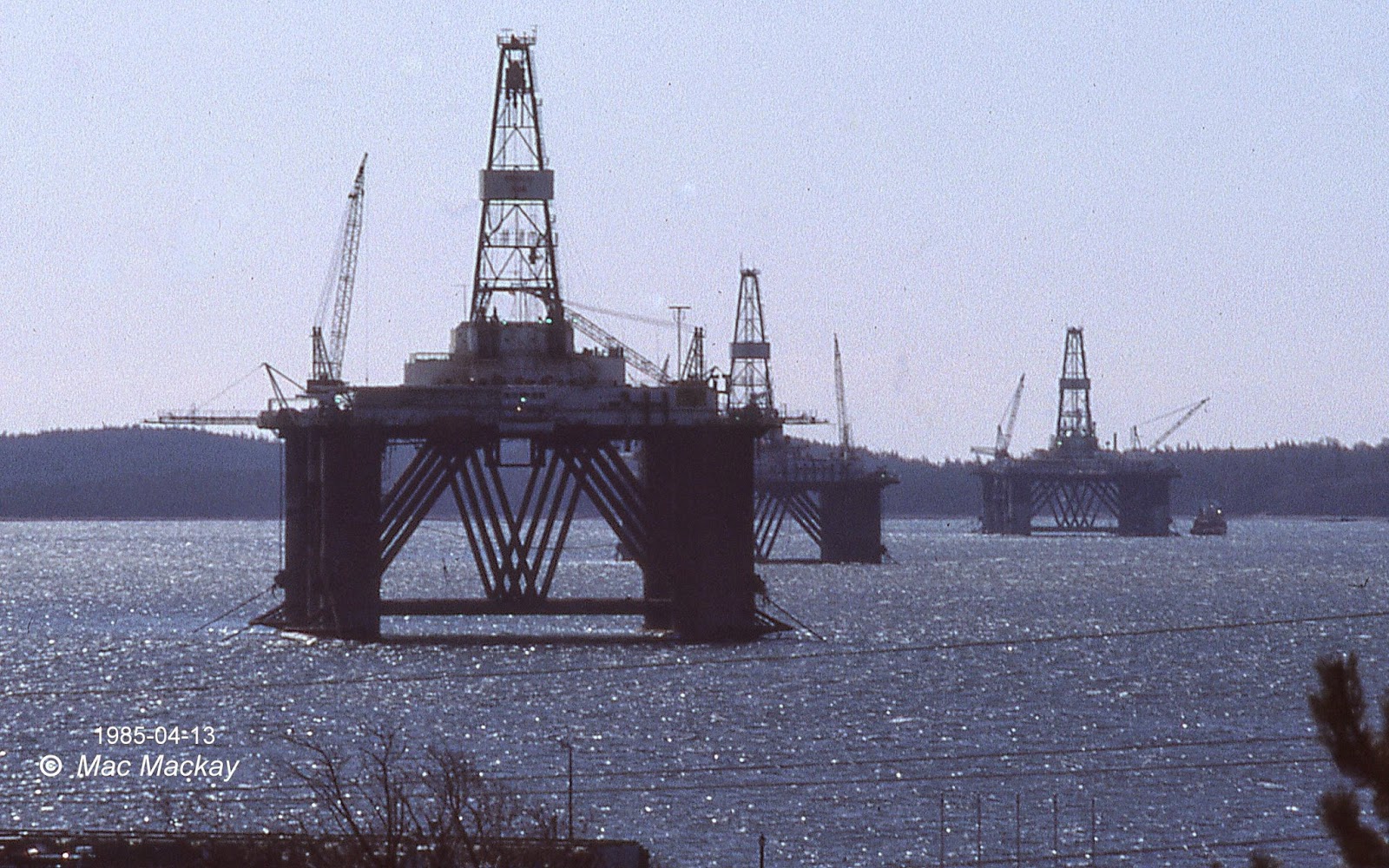 Semi-submersible oil rigs were drilling for oil off Nova Scotia the mid 1980s.

Secunda acquired their first suppliers from a series of six identical vessels built for Theriot Offshore International Inc, for work in the North Sea. They were built by Todd Pacific Shipyard in Seattle in 1974 and were fitted with two 20 cylinder GM engines driving twin screws, totaling 7200 bhp. The could carry substantial deck cargo, and had the usual mud and other decks below deck. They were also ice strengthened.

Named Theriot Offshore I through VI, in 1977  they became Scotoil 1 through 6 when Nolty J. Theriot folded up. Scotoil Services Ltd of Aberdeen, then sold the boats to J.Ray McDermott in 1979 and Secunda acquired an interest in them, directly or through one ship companies. (McDermott eventually bought out Secunda, but no longer have an interest in the present day Secunda, which is now owned by Siem Offshore of Norway.)

At least three of then worked in Canadian waters,  based in Halifax or St.John's, and all were sold about 1987-88 for conversion to fishing vessels. The work took place at Aalesund, Norway, where the boats were lengthened 7 meters or more and re-engined.


Maureen Sea (ex Scotoil 1, Theriot Offshore I) was renamed several times and was again converted in 2009 for the Brazilian Navy as an icebreaking oceanographic ship. As such it is unrecognizeable today as Almirante Maximiano, pennant number H41. There is a capsule description at: http://en.wikipedia.org/wiki/Almirante_Maximiano_%28H-41%29 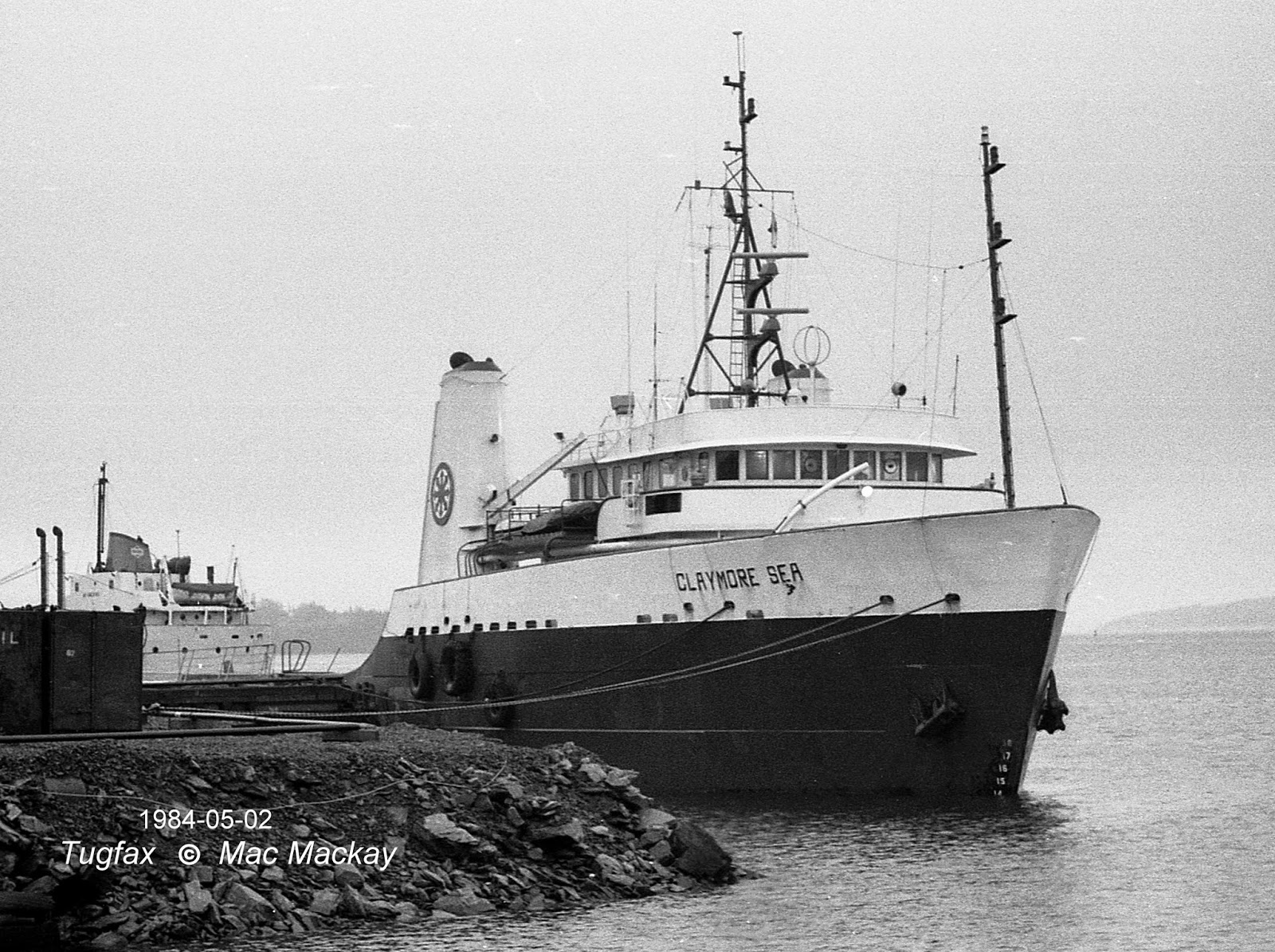 Claymore Sea at the Mobil dock in Dartmouth. The tanker Irvingwood is in the background. 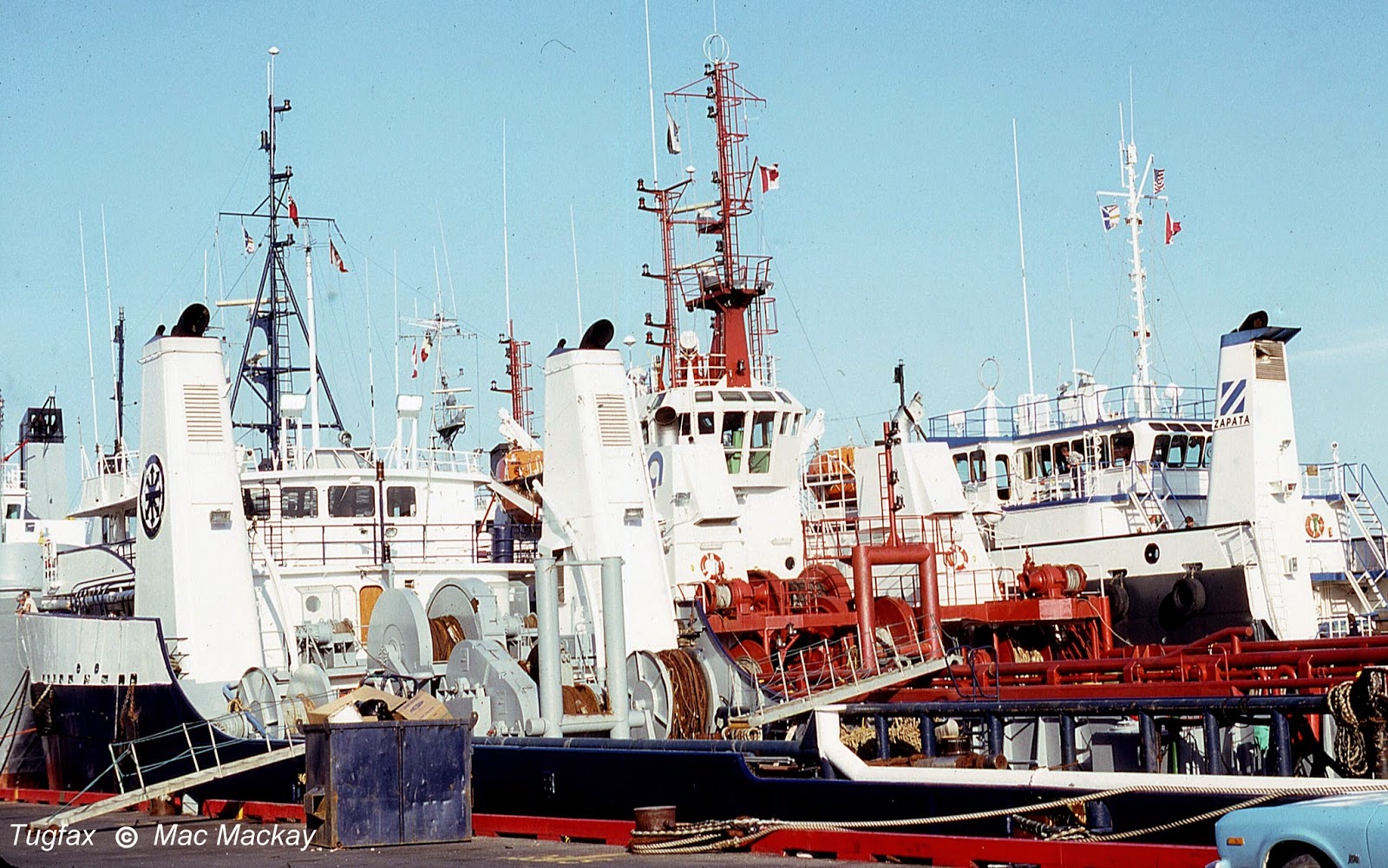 Rafted with competitors Balder Kiel and Liberty Service in St.John's. 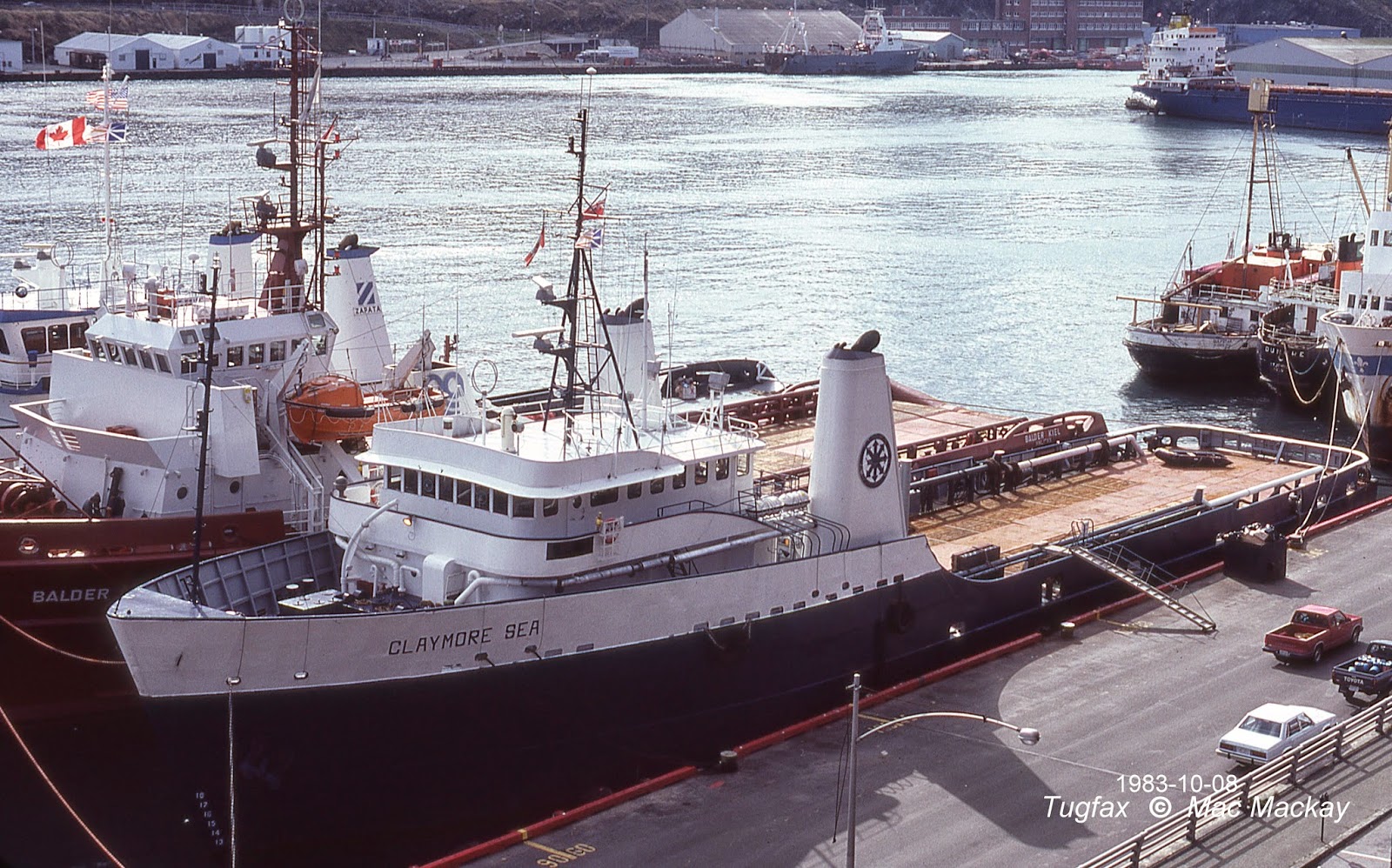 Claymore Sea  (ex Scotoil 3, Theriot Offshore III) was sold to Russian owners in 2004 and became Vulkan Ksudach. Its listing is out of date with Lloyd's and is likely laid up or scrapped.

Tartan Sea in the Narrows in Halifax harbour. It was based at pier 9 for some of its work. 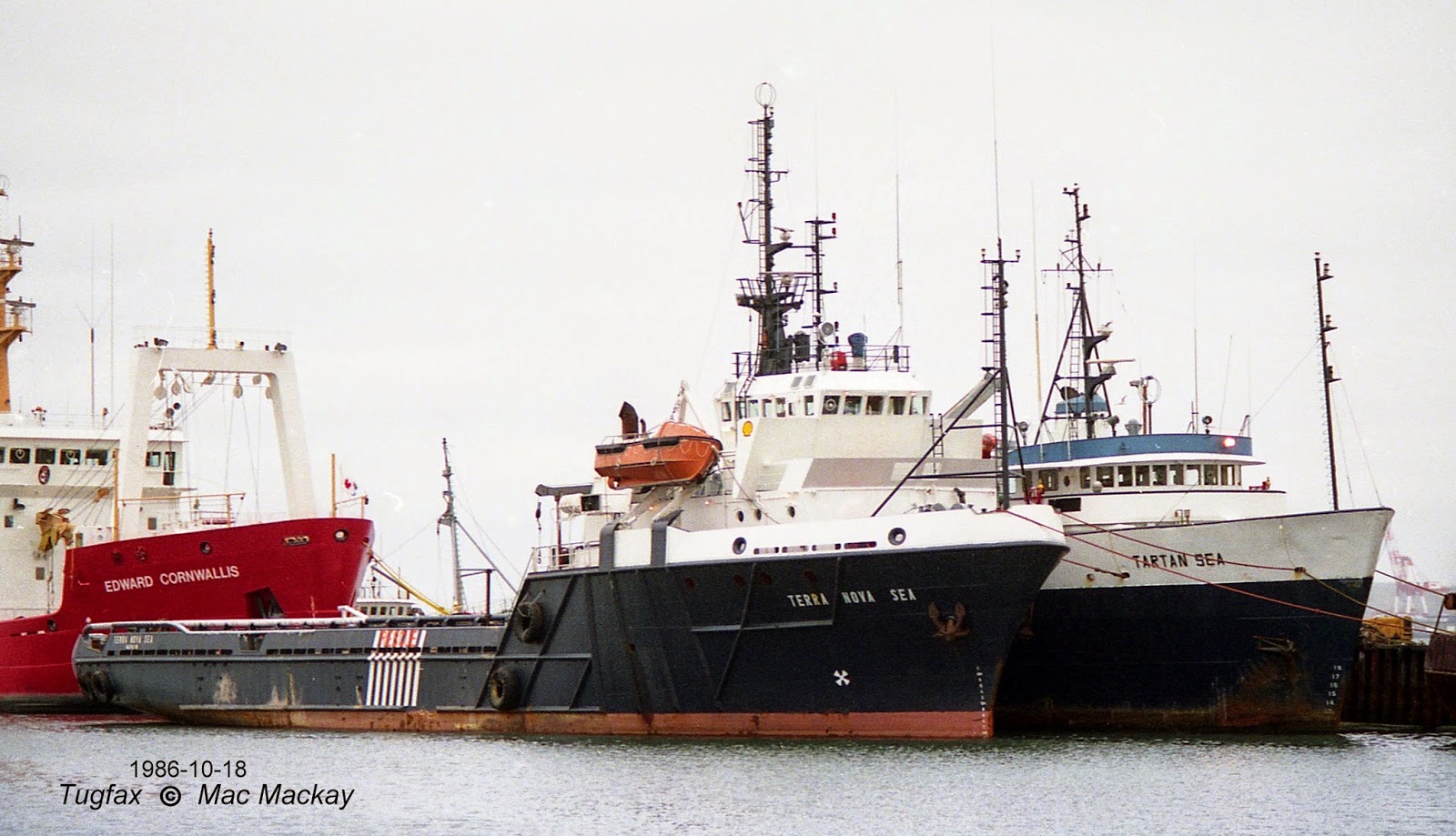 Tartan Sea (Scotoil 4, Theriot Offshore IV) alone escaped fish conversion when Secunda converted it in 1987 to a passenger and cargo ferry to work the North Shore of the Gulf of St.Lawrence out of Rimouski. The major rebuild included installation of a heavy cargo crane and passenger decks. It was renamed Nordik Express and began a five charter to the Quebec Minister of Transport. 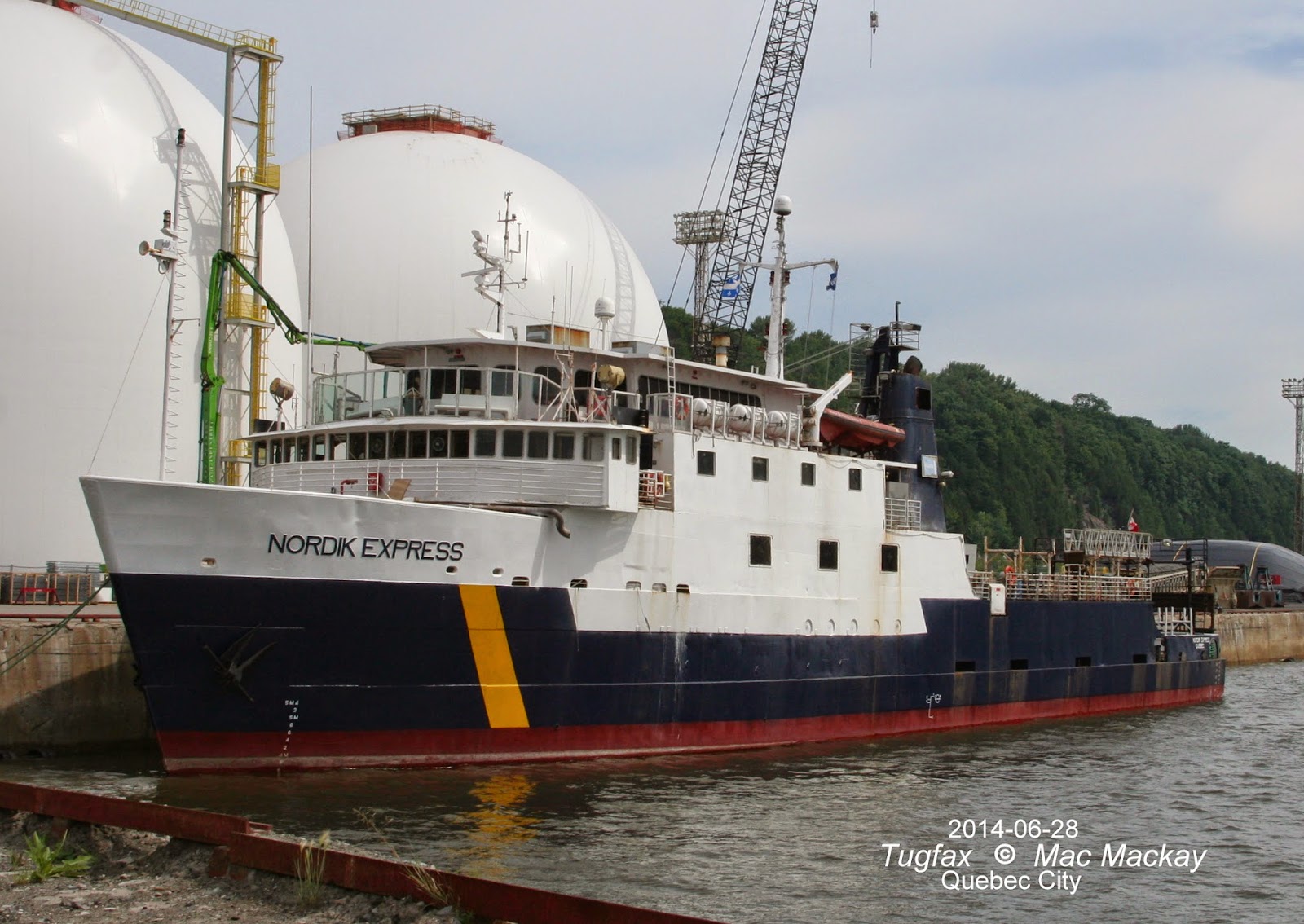 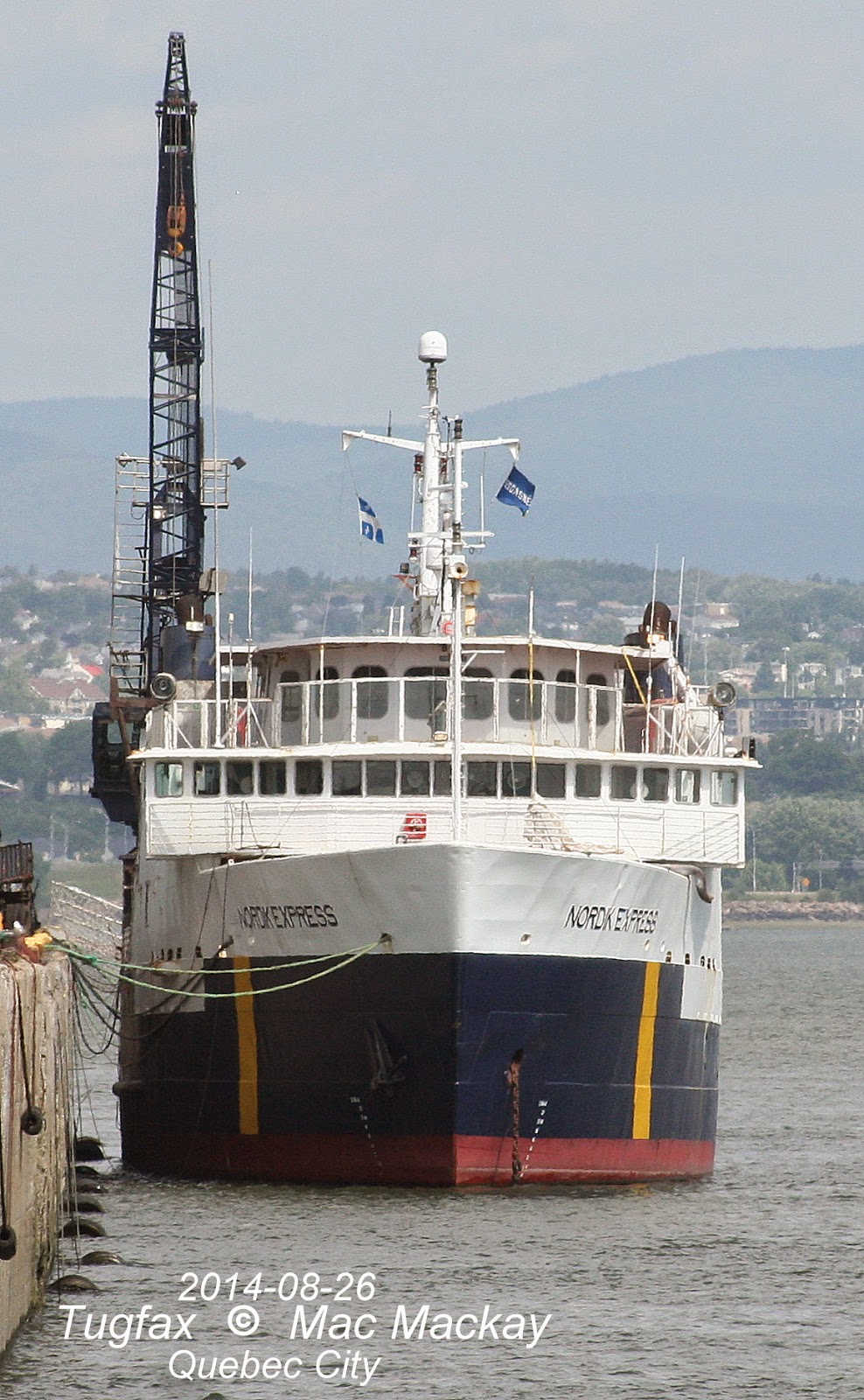 Secunda sold the ship after the 1987 season to Transport Desgagnés and it operated for the subsidiary Relais Nordique until 2013 (an extra two years when its replacement was delayed at the shipyard.) It has been laid up in Quebec City ever since.

Heather Sea (Scotoil 6, Theriot Offshore VI) after conversion to a fishing vessel was converted to a pipelayer in 2008 and was under conversion to a research vessel in Russia 2009. That work may never have been completed, although the vessel is still listed by Lloyds

Unique looking boats, they must have had terrific stability since all the rebuildings added top hamper. They also lasted well, and must have been made of good stuff.

Heather Sea and Claymore Sea laid up at Secunda's Dartmouth base before sailing to Norway to undergo conversion..
.