Back in Halifax for the first time since 2015, the tug BOA Odin arrived June 19 from Storasund, Norway, towing the semi-submersible heavy load barge BOA Barge 34. 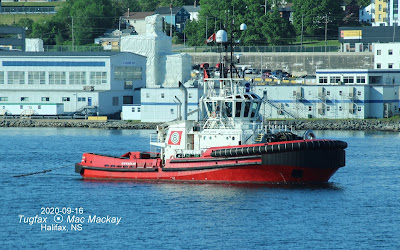 Built in 2010 to a Robert Allen design the tug is rated at only 4083 bhp but claims a bollard pull of 97 tonnes (fore winch) and 105 tonnes (aft winch). The tug has GE main engines and Schottel ASD drives. Despite looking like a harbour tug, it has made numerous transatlantic crossings towing barges.

In 2015 the tug was in Halifax on two occasions when it towed the sections of the former Novadock floating drydock to Tampa, FL on the BOA Barge 33.
Seehttp://tugfaxblogspotcom.blogspot.com/search?q=boa+odin 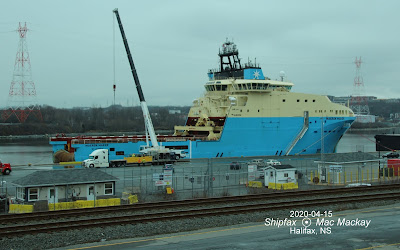 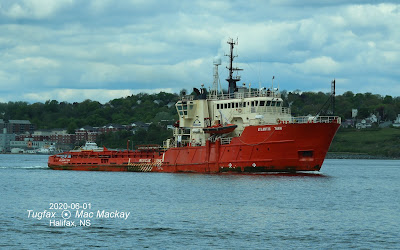 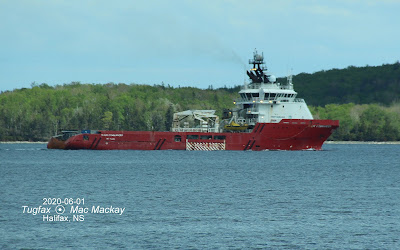