Tugfax and Shipfax will be taking a summer break. There will be no regular posts until September, and then there may be a format change. 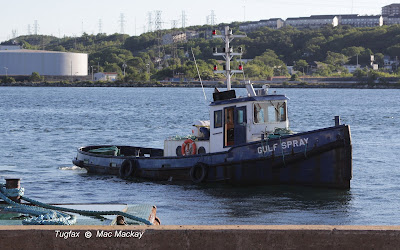 Gulf Spray prepares to take some scows in tow  this morning and head from pier 9 to pier 22 to relieve the cruise ship Queen Mary 2 of some of its accumulated waste.

Atlantic Cedar in , Svitzer Montreal out, Erie and Ontario too, and another still here.

Atlantic Towing Ltd has brought in the Atlantic Cedar for harbour work, joining the Atlantic Oak and Atlantic Willow. It replaces Atlantic Fir which has gone to Pictou, NS for a towing job.  Built in 2005 it is a sister to the Fir and the Oak, rated at 66 tonnes bollard pull, 5,050 bhp with a towing winch and stern roller and fully equipped for firefighting. 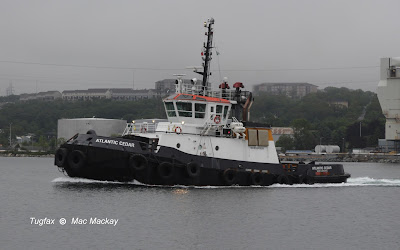 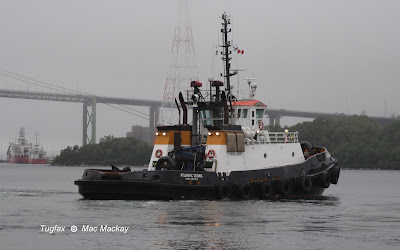 Atlantic Cedar in the Narrows awaiting the bulker CSL Métis. 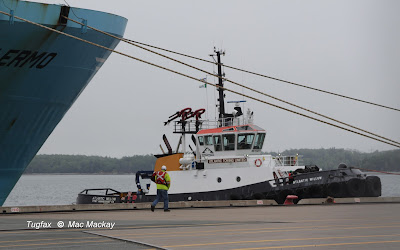 Atlantic Willow rewinds her winch while waiting for Maersk Palermo to depart Halterm this afternoon. After the ship released the tug it was sent a head to chase an un-heeding catamaran sailing vessel that was in the channel. 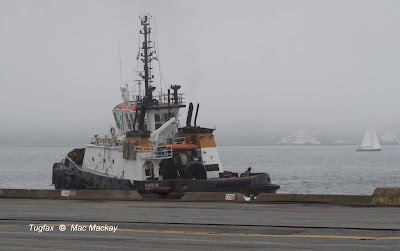 Atlantic Oak has beenereleased by the Maersk Palermo and heads back to base as the fog rolls in (again).

Getting under way this evening Svitzer Montreal headed off to its new home port. The former Svitzer Caucedo was built in 2004 as Caucedo for Remolcadores Dominicanos by East Isle Shipyard, builders of all the above Atlantic Towing tugs. It is rated at 5072 bhp and has no towing winch.. 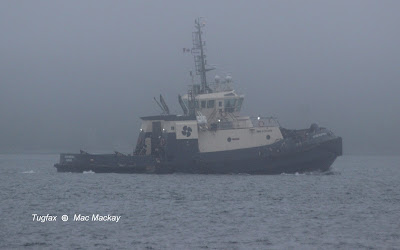 Svitzer Montreal is about to disappear into the fog as it departs outbound for Montreal.

The tug arrived in Halifax in late May, underwent an in-water refit and was renamed June 10. The tug joins Svitzer Cartier in Montreal and will cover that port when Svitzer Njal and Svitzer Nerthus head north to Baffinland for the summer.


The pair of Great Lakes Towing Company tugs, Erie and Ontario sailed early yesterday morning. They must have been away from the dock at first light, because by the time I was aware of their departure, they were well offshore. [See previous post of June 27]

Despite published reports that the tug was demolished the old Craig Trans is still very much in existence. Granted it has been sold twice for demolition, but it has not budged from the dock in Wright's Cove, Burnside. 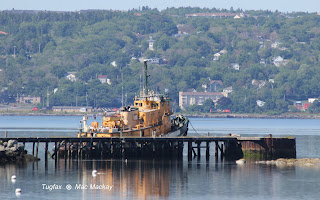 (July 1, 2016 photo)
[Looking across Bedford Basin, the Rockingham rail yard stretches along the western shore.]
.
Posted by Mac at 9:35 PM No comments: