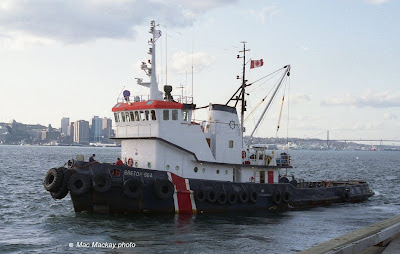 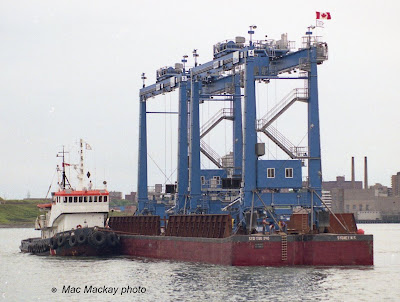 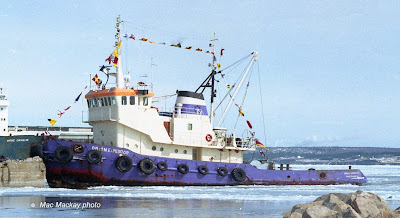 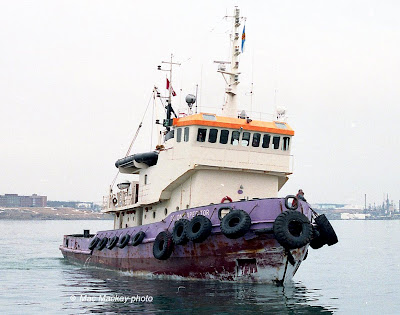 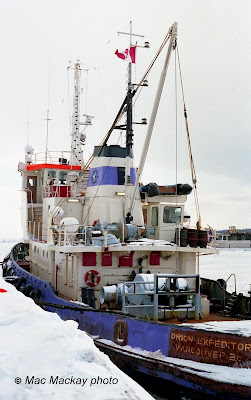 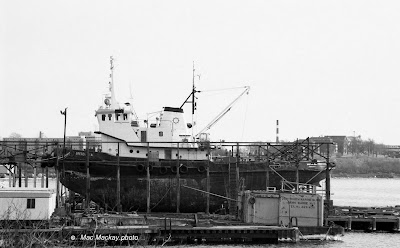 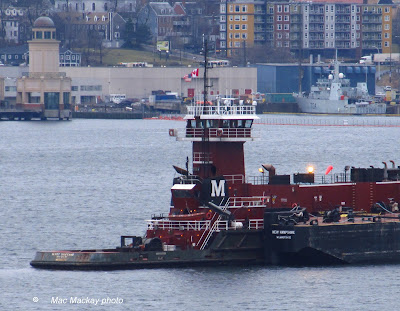 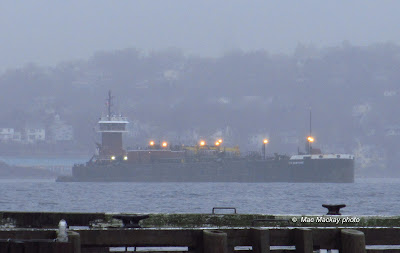 
The US flag articulated tug/ barge combination of Scott Turecamo and New Hampshire rest quietly at anchor in Halifax awaiting a weather window to head south, after the tanker barge loaded at Imperial Oil .
The tug was built in 1998 by Moss Point Marine and is part of Moran's New York fleet. It is rated at 5,100 bhp.
The barge is double hull, 188,000 bbl capacity measuring 8,300 deadweight. It was built in 2008 by Bay Shipbuilding in Manitowoc, WI.
The same pair were in exactly the same place on January 26, 2011, for the same reason-waiting for a low pressure zone to pass, and for winds to die down. See http://tugfaxblogspotcom.blogspot.com/2011/01/us-tug-and-barge-wait-for-nicer-day.html
Note: - see comment below which corrects this post. 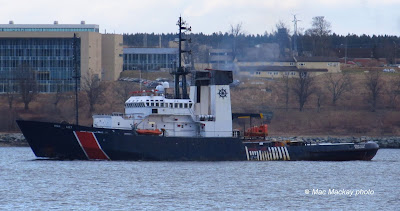 It was exactly two years ago to the day that I photographed Ryan Leet going out to Bedford Basin for trials. In that two years this magnificent tug has been working as a standby vessel off Sable Island. Although not fully utilizing the vessel's capabilities, it has been steady work. Ryan Leet comes into Halifax about once a month for crew change and minor servicing, and from time to time does a trials trip or emergency drills for the new crew before setting out again.
So thus it is that on January 10, 2012, one year later it is doing the same thing.
There has been a dearth of tug activity in Halifax in recent weeks, but there is no excuse needed to take a picture of this excellent tug.
You can go back to January 10, 2010 for more details.
Posted by Mac at 8:59 AM No comments: 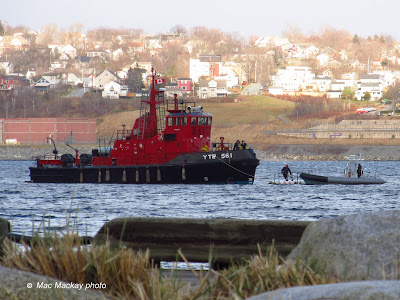 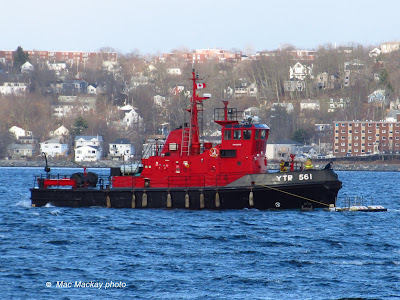 2. Firebird towing in reverse back to Dockyard.

The Christmas - New Year period has been very quiet in the port of Halifax, with a few ships coming and going, and very little tug activity.
Today, as a statutory holiday and "no work" day for longshoremen [see Shipfax] it was even quieter.
The only activity I detected was not exactly a challenging towing job, and it did not actually involve a tug. The Canadian Forces Auxiliary Vessel (CFAV) Firebird was called in to rescue a wayward float. Due to high winds the float was making its way down the harbour when it was corralled first by a navy patrol boat. They called in Firebird to tow it back to HMC Dockyard.
Whatever possessed them to tie it up to the Firebird's bow instead of alongside I will never know, but they were then forced to tow in reverse all the way back to the berth.