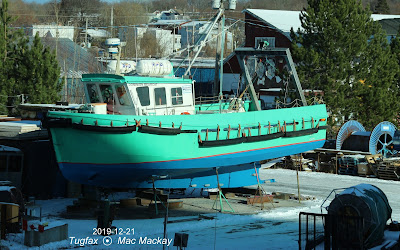 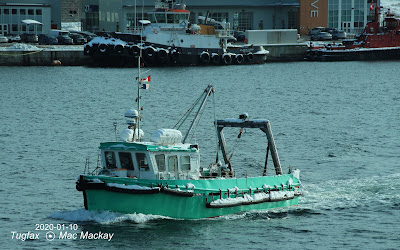 Dominion Bearcat returns to base this morning with a bit of snow clinging to its fenders, like icing on a cake.
(Atlantic Larch and the former RCN fireboat Firebird in the background, are similarly decorated.)
Posted by Mac at 5:32 PM