The tug Dover Spirit sailed from Halifax in the early morning of August 20 towing the barge MM 143 en route to Sydney, NS, 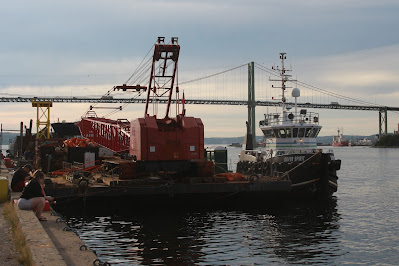 The barge is carrying a large Manitowoc crawler crane and other gear used in cutting up the old trawler Hydra Mariner that was aground on Navy Island in Bedford Basin. The Minister of Transport ordered the removal of the wreck when the owners failed to remove it. Marine Recycling Corp of Port Colborne, ON (MRC) were hired to cut up the wreck. They completed the work earlier this month and the "chunks" of the ship were loaded on another barge, the MM 161. It will also be towed to MRC's facility in Sydport, NS where the material will be recycled.

See also Shipfax August 9, 2022 for more on the wreck removal. 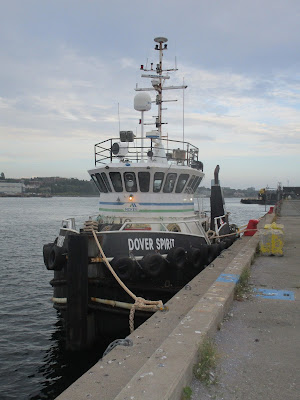 The Dover Spirit is a fine little tug, built in 1998 at Port Dover, ON by Dovercraft Marine as Kaliutik. McKeil Marine acquired the tug and renamed it in  2018. It is rated at 550 bhp, and is equipped with a towing winch, stern roller, and a large push knee on the bow. 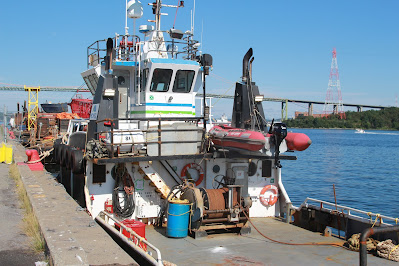 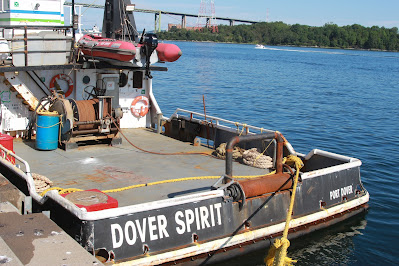 The Dover Spirit delivered the barge to Sydport on August 21 and more or less immediately put back out to sea for Halifax, arriving in the early hours of August 23. It then sailed again late in the day with the second barge  MM161, carrying the bulk of the cut up sections of the Hydra Mariner. 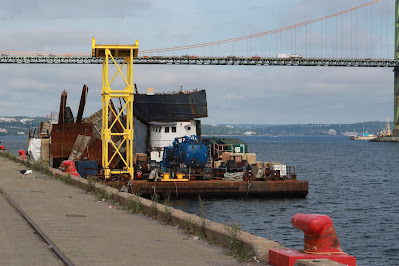 The yellow tower is part of the barge's equipment - purpose iunknown. The remnants of the Hydra Mariner do not appear to be secured - except by gravity - but it is more likely that they are chained down or welded on in some manner. 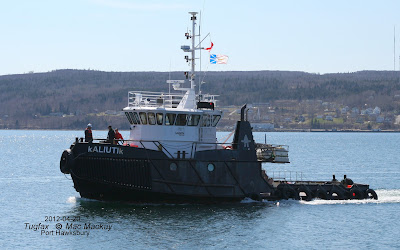