The annual sealift supply of northern Canadian settlements takes place during a short navigation season from July to October. One of the major operators is Groupe Desgagnés through their Desgagnés Transartik subsidiary. Ships load at various ports on the St.Lwrence River and head to ports in northern Quebec, Nunavik and Nunavut.

Many of the outports do not have piers or other port infrastructure due to the severe winter ice conditions, and thus ships going north frequently carry small tugs and scows to transship cargo from offshore anchorage to the beach.

On June 30 I was fortunate enough to catch some of the preparations for that work.
The ship Sedna Desgagnés had loaded most of its cargo upriver, then proceeded down to an anchorage off Ile-aux-Coudres. There it was met by a small flotilla of tugs, both company owned and those chartered from GFFM Leclerc, an Ile-aux-Coudres based builder and fleet owner of rental tugs. 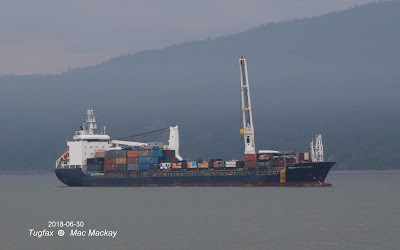 Sedna Desgagnés came to anchor off the pier at St-Bernard, Ile-aux-Coudres. 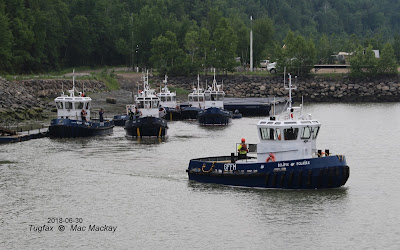 Lead by the Eclipse Polaire four tugs get underway from the small marina. 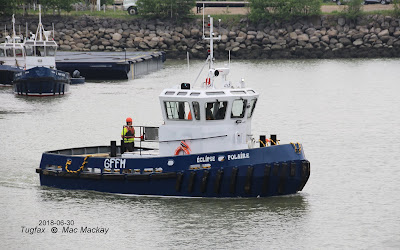 Eclipse Polaire is typical of the latest generation of GFFM Leclerc tugs. It is a triple screw, shallow draft vessel of about 1130 bhp. 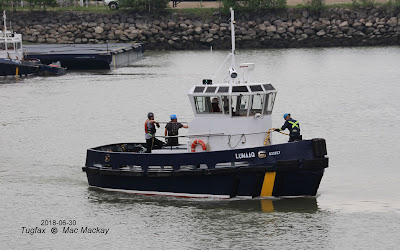 Lumaaq is a Desgagnés owned tug, of similar design, but twin screw and only about 319 bhp. 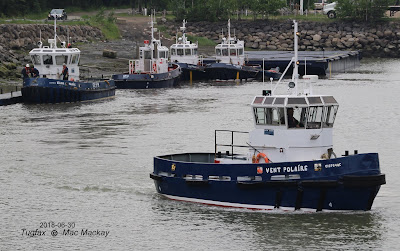 Vent Polaire is of an earlier generation Leclerc tug, 2 screw, 420 bhp. Getting away at the dock is Béluga Polaire another triple screw 1200 bhp tug. 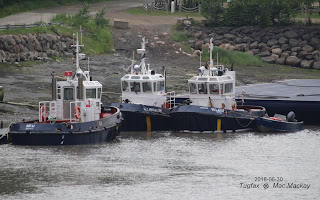 Three other Desgagnés tugs and a large scow remain to be picked up by another ship.
Pivut, Ullakut and Ulluriaq are all twin screw, 620 bhp. 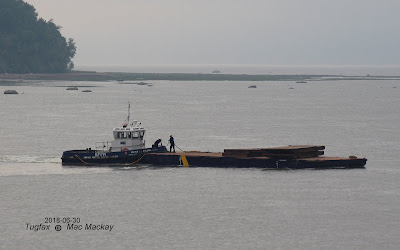 Eclipse Polaire picks up a scow from its mooring and heads out to the ship. On the scow's deck are some landing ramps. 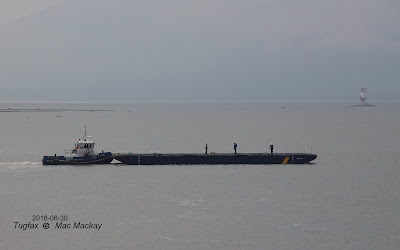 Béluga Polaire pushes a larger scow out to the anchorage. 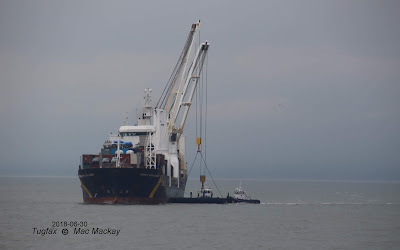 Tugs shepherd the larger scow alongside for the ship to hoist aboard using its heavy lift cranes. 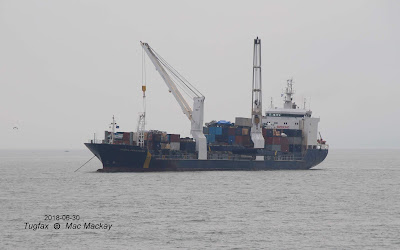 It only takes one crane to lift the smaller scow. 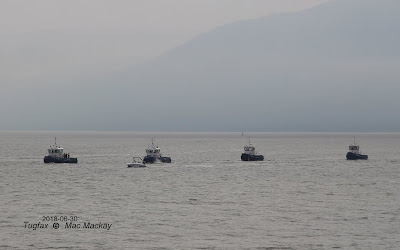 While the lifting takes place, the tugs stand well off. A speed boat is also present - I assume taking photos or videos of the operation. 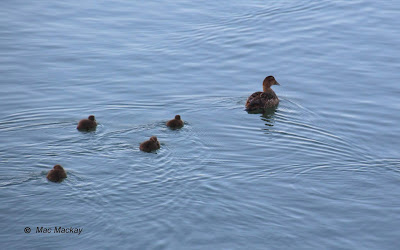 The small tugs remind me of ducklings.


Once the barges are on board, it is time to lift the tugs: 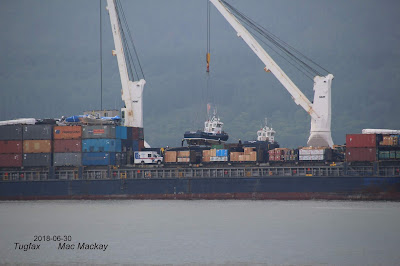 The tugs takes their place among the various pick-up trucks, boats and even an ambulance heading north. 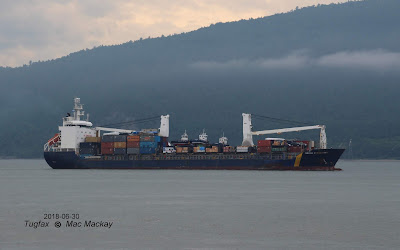 With three tugs on board (Lumaaq, Eclipse Poliare and Béluga Polaire), the ship cradles its cranes and weighs anchor. Its next port will be Rimouski where it will top off with more deck cargo. 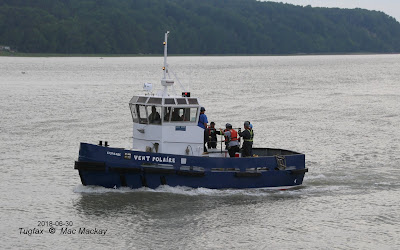 Vent Polaire heads back to Ile-aux-Coudres with the deck crews.

When the annual sealift winds up for another season, the operation will be reversed and the tugs and scows will be returned to Ile-aux-Coudres for the winter.