The last two days in Halifax have seen the extremes of towing operations - big and little. 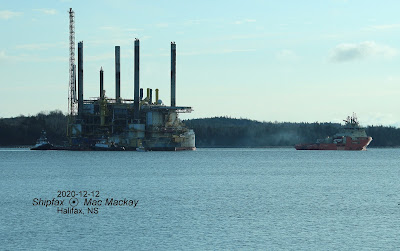 The tug Atlantic Kestrel took the lead and was later joined by Atlantic Kingfisher. Assistance getting away from the dock was provided by Atlantic Hemlock and Atlantic Larch (the latter also accompanied the tow) with Atlantic Elm going on ahead to Sheet Harbour. 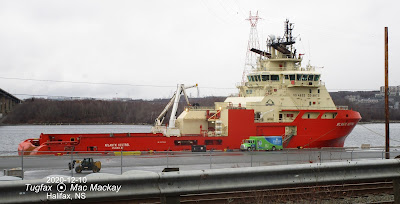 Atlantic Kestrel has been standing y at Pier 9C, except for a refueling move, waiting for this project. 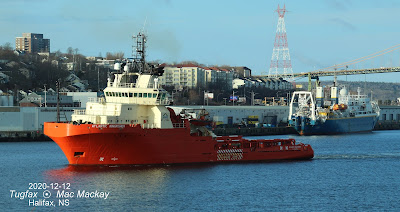 Atlantic Kingfisher is a UT-722L type tug / supplier, built by Halifax Shipyard in 2002.

Then the little tow:

The classic tug, built as the Churchill River by Russel Brothers of Owen Sound, ON in 1964 has been well cared for, including rebuilding with new engines and a new wheelhouse built to original plans. It travels widely in eastern Canada, following the company's marine construction projects.
.