The classic small tug Gulf Spray and a companion workboat have been badly damaged. Both boats were tied up in the lower Burnside / Wright's Cove area of Dartmouth when they were apparently smashed against a barge or dock. Whether this occurred in last night's storm or a previous one, I am unsure, but from the look of the boats it seems to have been some time ago.


I last saw the boats working on February 1 with some company barges at pier 9.
This afternoon the tug Belle D moved Gulf Spray to pier 24 where it will likely be lifted out of the water. It was a sorry sight. 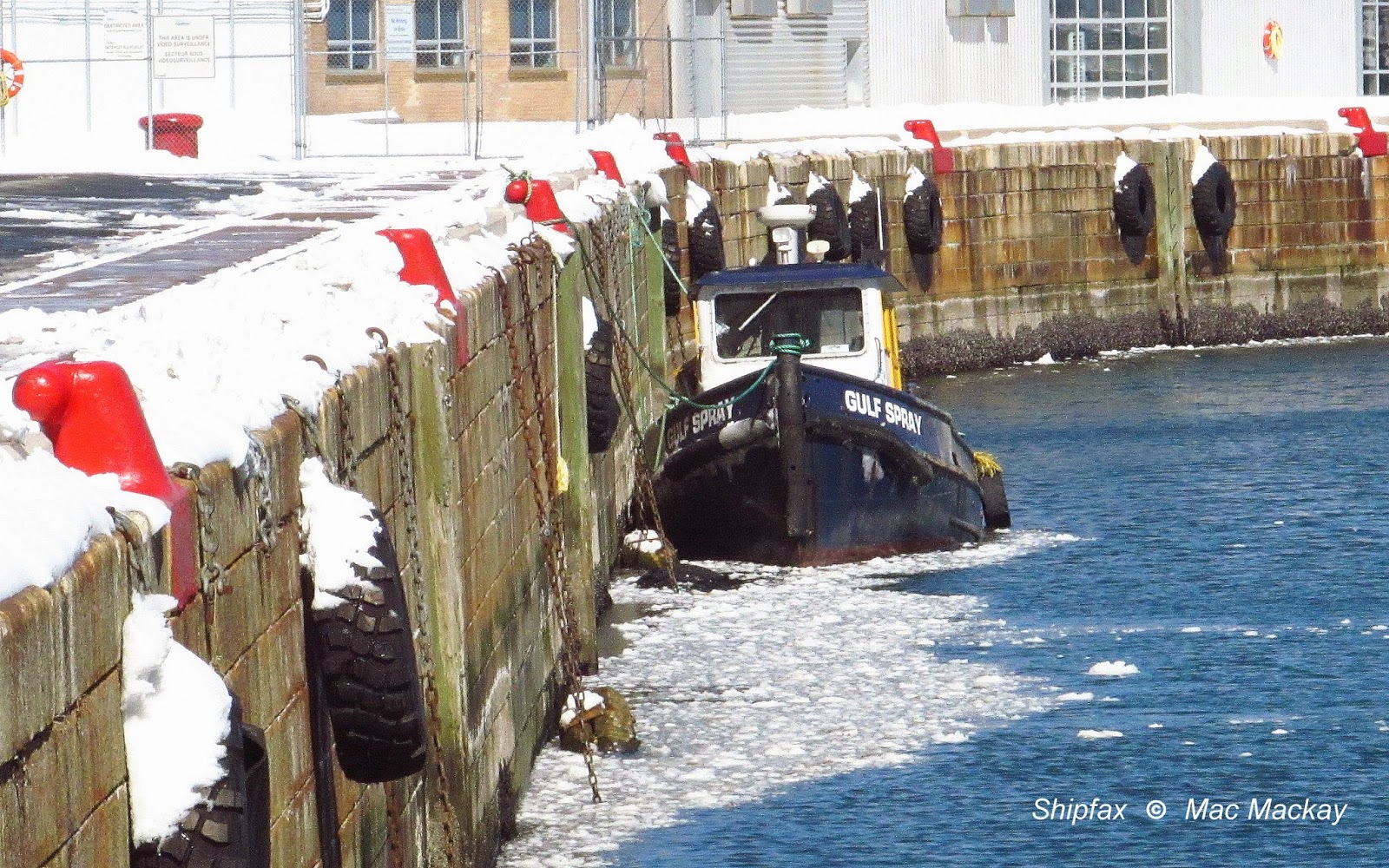 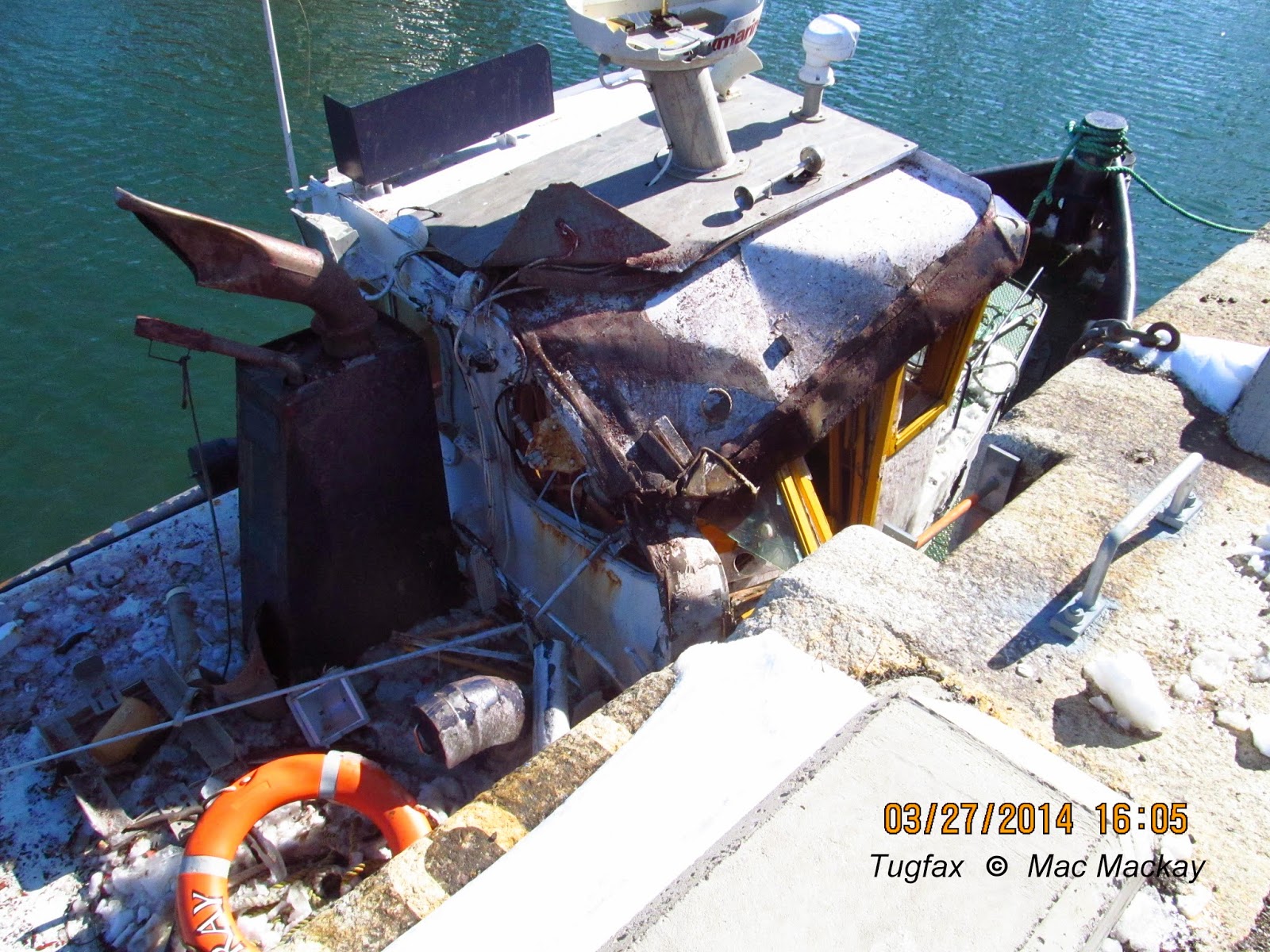 The starboard side of the house was stove in and there was obvious water and ice damage on deck and below.
The outboard-powered work boat (which I believe is called Harbour Diver) was sitting a bit askew on its trailer on pier 9, with damage to the house, rub rails and hull, and water damage within. 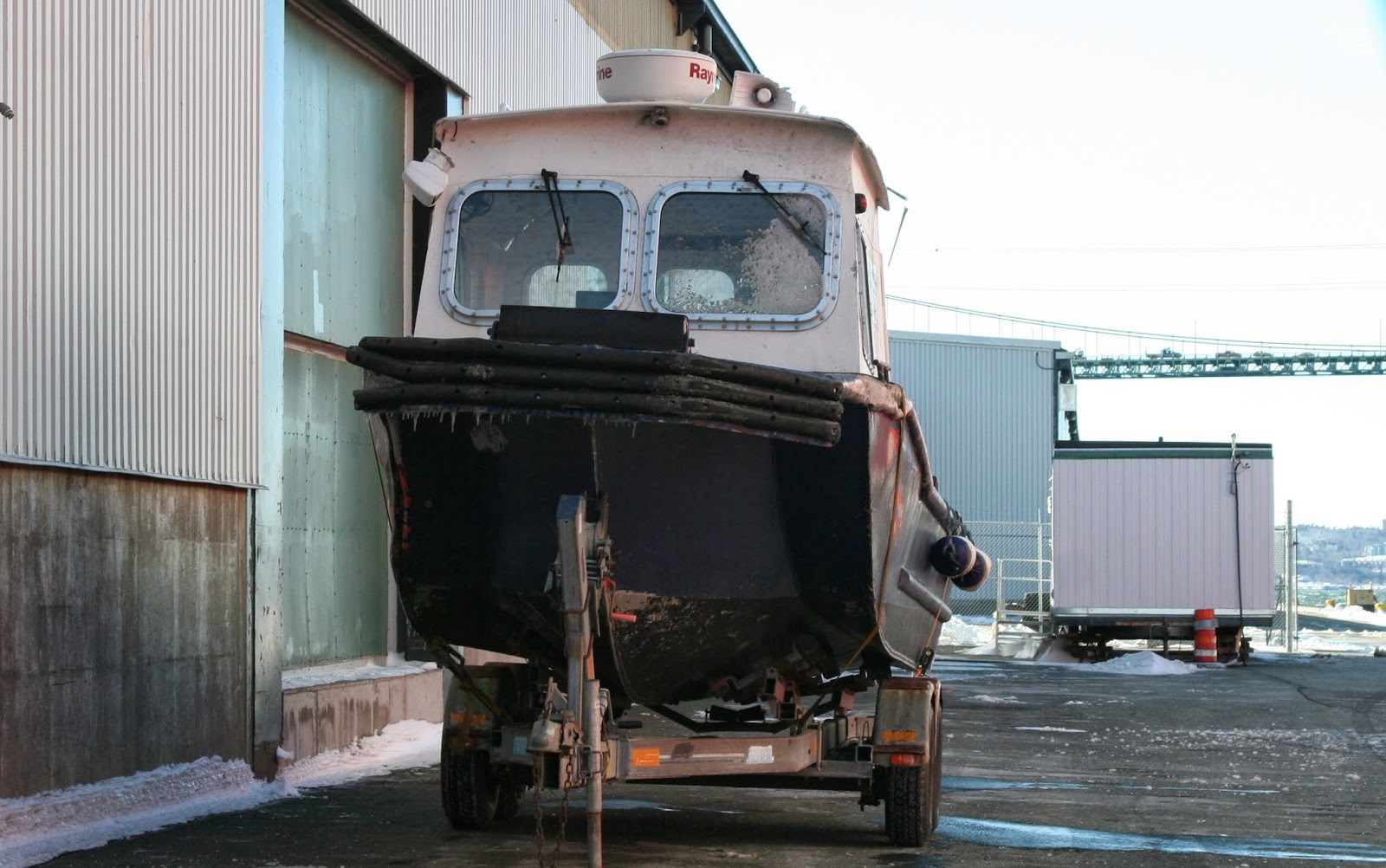 Larinda Ltd, the registered owners, and their company Edge Marine and Disposal Services Ltd provide waste removal for cruise ships visiting Halifax harbor. The tugs handle barges that carry solid and liquid wastes. In 2012 Edge was forced to move from its base at LeGrow's wharf, under the foot of the Macdonald bridge in Dartmouth, due to complaints from neighbours about odours. In winter of 2012-2013 Gulf Spray was hauled out on the IEL pier for a refit, but this year she was apparently to remain afloat.
Gulf Spray was built in 1959 by Ferguson Industries in Pictou, NS  to their own account and was used as a yard tug. When acquired by Larinda in 2007, the tug was rebuilt to yacht-like appearance, and has kept busy, in season, with the waste barge business. I have featured the tug several times on this blog before.
This post will be updated when new information becomes available.
.﻿
Posted by Mac at 9:06 AM