As reported the tug Gulf Spray was damaged and moved to pier 24 for repairs. I have since learned that apparently the ship was sheltering from last week's storm at pier 9B when it was blown under the stern of the laid up Cabot It aft bulwark was crushed down piercing the fantail and breaching the deck, allowing water into the below deck areas.
This morning with the Owner's boom truck holding it up, the stern was pumped out.


The tug was also turned so that its stern became visible from the pier, revealing the extent of damage. 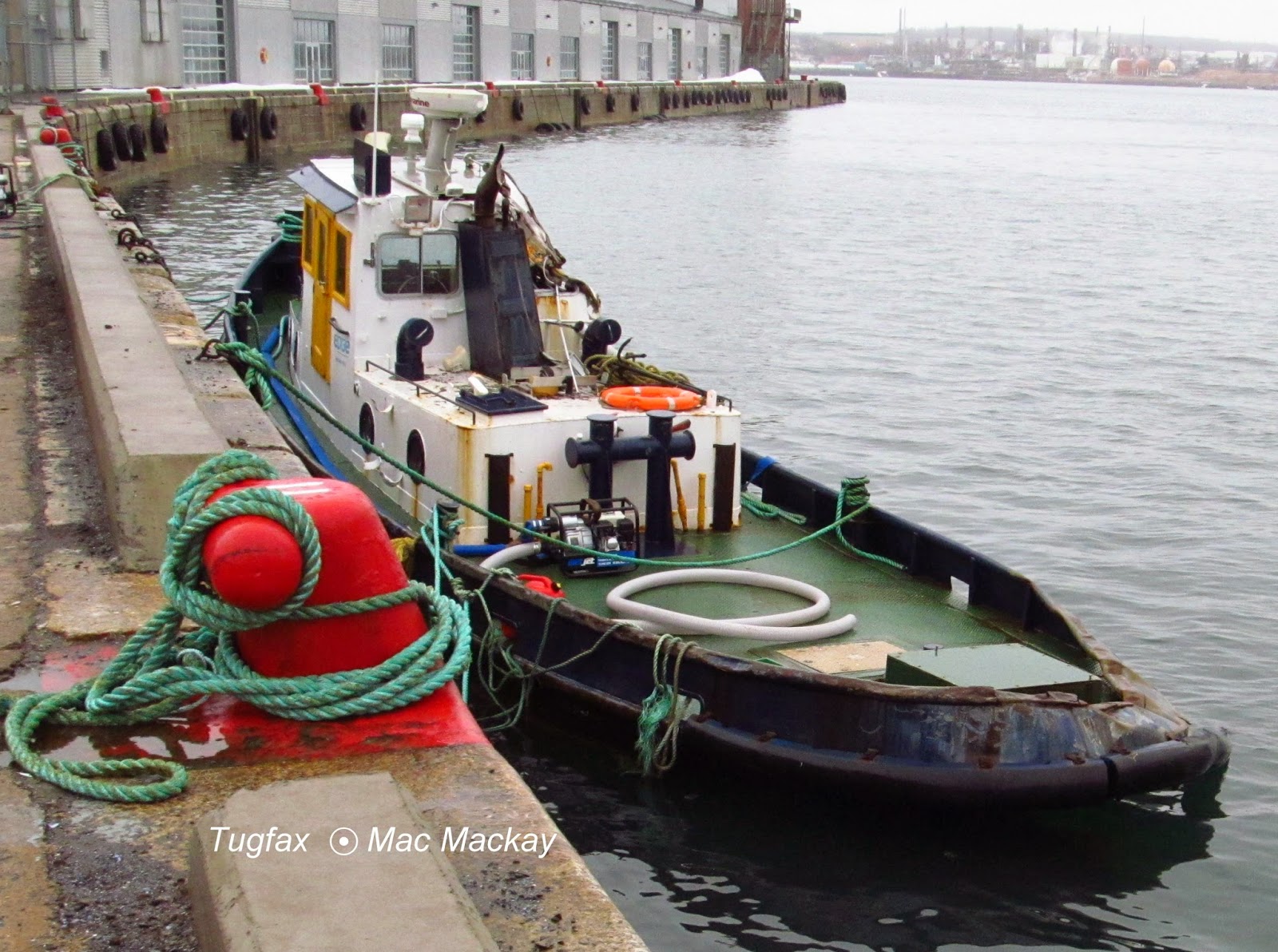 It is still to early to tell if the tug can or will be rebuilt.