This morning two surplus navy barges were towed out for scrapping to shipbreakers in Sydney, NS. Because the barges are not over large, they did not require large tugs. Also, possibly in order to economize on pilotage fees, the tow was organized in elephant style, so that only one pilot was required.


Lead tug was Strait Raven, operated by Superport Marine Services Ltd of Port Hawksbury.  A 455 bhp twin screw vessel, it was built by Superport at their own yard in 2013. 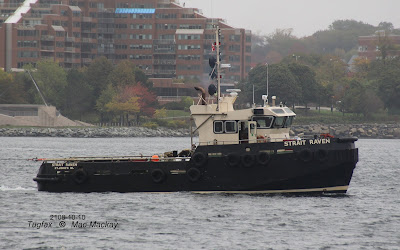 It was towing the barge YRG-60, a fueling barge used in the naval dockyard.. It in turn was connected by towline to YDG-2 a degaussing barge. 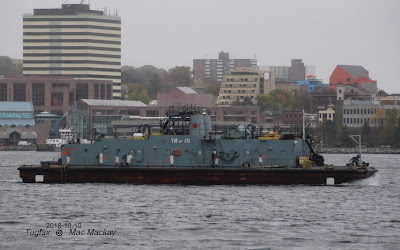 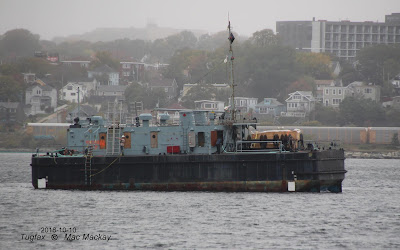 At the end of the procession was the McKeil Marine tug Dover Spirit, with a line to its bow. 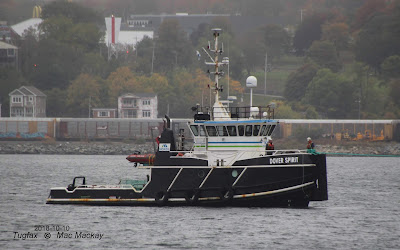 I saw Dover Spirit in Quebec during the summer ( see Tugfax August 29 ) for the first time under its new name. It was previously called Kaliutik when it was built in 1998 by Dovercraft Marine. It is a two screw 550 bhp tug.


I did note that YDG-2 was towing stern first, so I suspect that when the tow reaches the harbour limits Dover Spirit will take over the tow of YDG-2 alone.