Atlantic Towing Ltd has sold another of its laid up offshore support vessels. Atlantic Tern is the oldest and smallest vessel in the offshore fleet, but has found new owners reported to be in Croatia. They have renamed the tug/supplier Marjana K under the Panama flag. 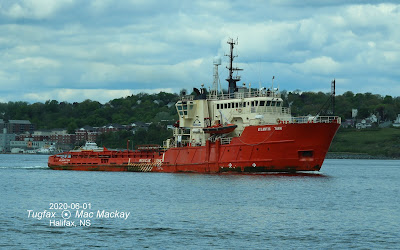 Built in 1975 by Vito Steel Boat + Barge Construction Ltd in Delta, BC, the 1409 gt, 7040 bhp vessel has had a lengthy history of changes in ownership and name. All that does not require repeating since it has been posted here before: February 18, 2019 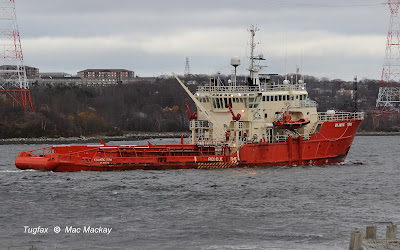 Atlantic Towing Ltd based the tug in Halifax and it worked to support the last of the gas activity off Nova Scotia. As the offshore installations were removed, Atlantic Tern's presence, largely as a standby vessel, was no longer required and it sailed from Halifax for the last time August 18, 2020. It has been laid up in Stephenville, NL since August 20, 2020. The new owners have now reactivated the vessel and with its new name now shows up on some AIS sites.

No departure date nor destination has been posted yet.