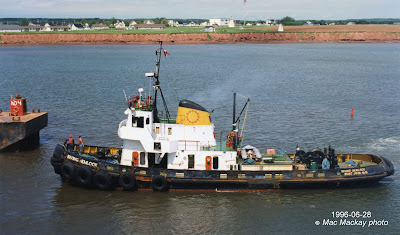 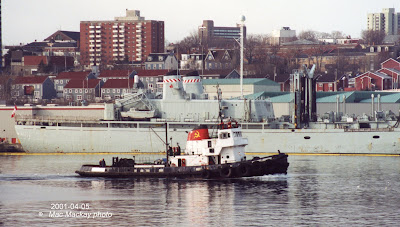 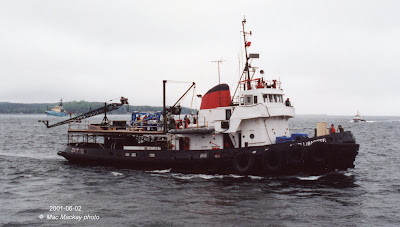 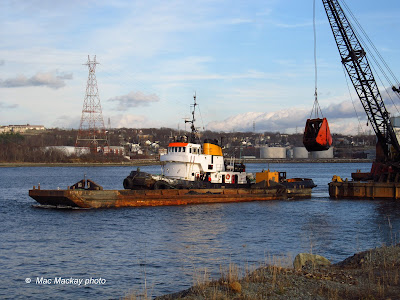 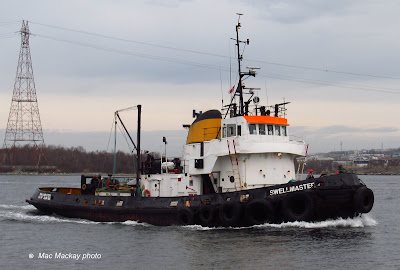 5. Today, running the Narrows. The ladders must have been added while she worked in Saint John. It's a long way up to the piers when the tide is out. Most of those dents in her bridge dodger are twenty years old.
.
Posted by Mac at 10:32 PM