To round up the photos of my Boston visit, it is time to take a look at some of the smaller tugs and workboats around the harbour, plus some other sightings.

Boston Towing and Transportation operates some smaller boats for line handling and other chores. As usual with smaller craft, there is a shortage of data. 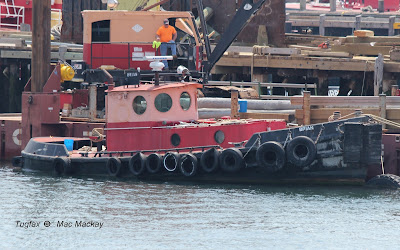 Brian dates from 1956 and is a 40 footer built by Gladding Hearn as Dave White for Perini Corp. Boston Fuel Transportation acquired the boat and renamed it Eastern Point II. When Reinauer took control in 1985 it became Brian. [Eastern Towboat's Heidi pictured in Part 2 has a similar history] 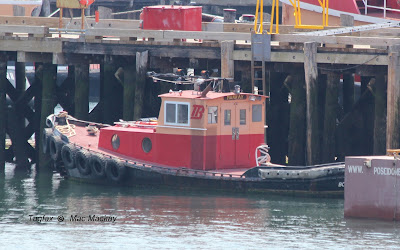 Murray, also dates from 1956, and is listed as belonging to Chelsea Fuel Transportation Inc., which is part of Reinauer / BTT. 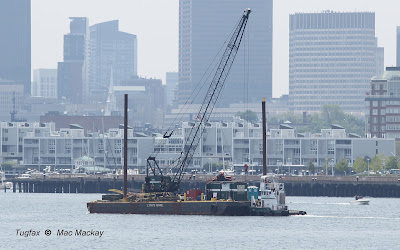 C.White Marine Inc of Danvers, MA operates the pusher Merit, built in 2000. I was fortunate to get the 25 footer both pushing and free running. 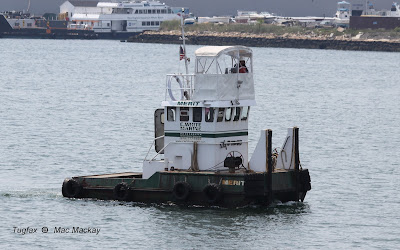 It is always great to see a tug with a flying bridge.

I spotted a couple of  very basic pusher craft too: 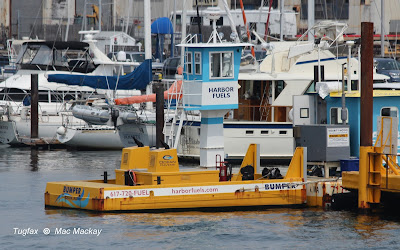 Bumper is operated by Harbor Fuels LLC and dates from 2012. 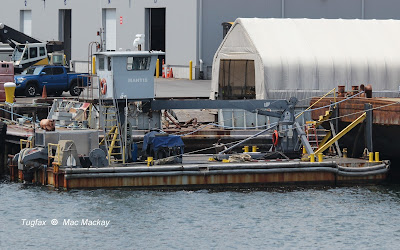 A similar craft is the Mantis built in 1965 and operated by Burnham Associates. [See Aegean Sea and Natick in Part 2]. It has a deck mounted package propulsion unit - possibly a M+T Harbormaster.

There are also a few Offshore Supply Vessels working around Boston, although most have taken on second lives. 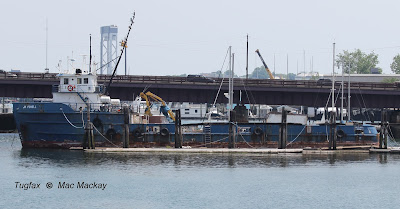 The traditional Gulf of Mexico mud boat J.W.Powell started life in 1965 at American Marine Corp in New Orleans as State Point.  Fitted with a pair of 12 cyl Cats its 3,060 bhp soon made it obsolete as an anchor handling tug/supplier. It fell in to the drug trade and after capture by the USCG it entered into government research service after 1984 as Polaris,  then on charter work after 2001 when SDI-Brooks Inc acquired the boat and renamed it J.W.Powell. It now appears to be awaiting an assignment for current owners CAJ LLC.

A pair of sleek suppliers built by Raymond + Associates of Bayou Le Batre, AL belong to Boston Harbour Cruises. However they tend to the company's commercial division working in marine construction and supporting the Northeast Gateway offshore natural gas terminal among other duties. 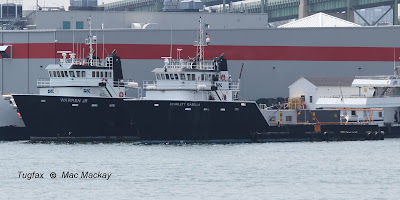 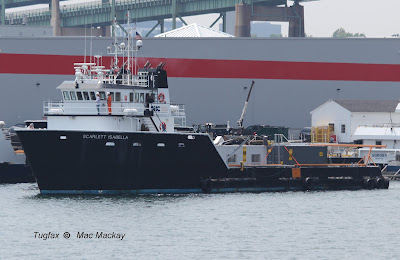 and Scarlett Isabella in 2009. 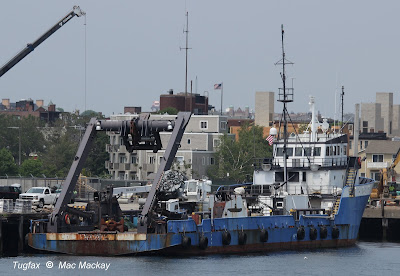 Sea Hunter is now a deep water salvage and recovery vessel, operating the unmanned sub DSH-1. It was built in 1978 by Halter Marine of Lockport, LA as Florence A for Oil+Gas Rental Services Inc. Its was equipped with a pair of reconditioned V-16 GM EMD engines built originally in 1956. In 1994 it joined the Hornbeck Offshore Services Inc [HOSS] fleet as  H.O.S. Gallant Fox, and in 1996 as HOSS was merged into Tidewater it was renamed Gallant Fox. Sea Hunters LP acquired the vessel in 2008 and it has since engaged in cargo recovery at depths up to 1,000 ft of water.


As I reported in the June 12 post, I spotted the articulated tug barge combo Coho / Penn No.81 in Boston on May 27 and again in Saint John May 29. There was another Kirby combo in Boston , Weddell Sea and DBL 63. 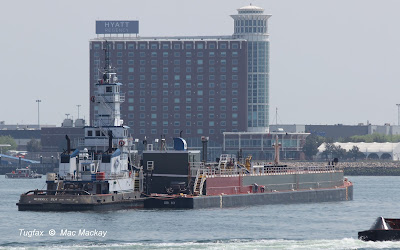 The tug was built in 2007 by Seaboats Inc of Fall River, MA for Tugs Unlimited of Portsmouth, RI as Scott C. Powered by a pair of Cats for 4500 bhp, the tug has a conventional wheelhouse and an elevated one. 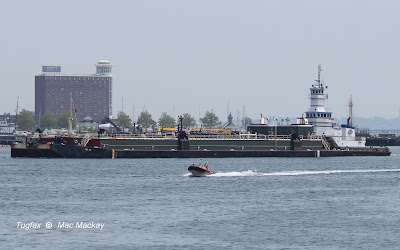 In 2011 K-Sea Operating Partners LLC acquired the tug, but in turn K-Sea was acquired by Kirby, and the tug became the Weddell Sea.

No report on Boston would be complete without mentioning the Boston Fire Department's Marine Division.
Pride of that fleet is "Marine 1", John S. Damrell, a 70 foot aluminum high speed craft, built in 2011 by MetalCraft Marine of Kingston, ON. The fireboat specialists outfitted the boat with 12,000 gpm at 450 feet pumping capacity and Hamilton water jets for a 40 knot top speed. 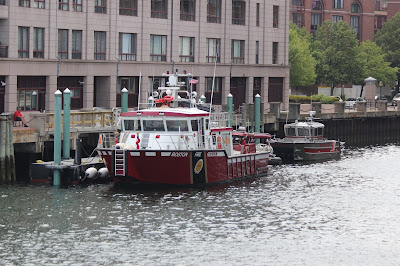 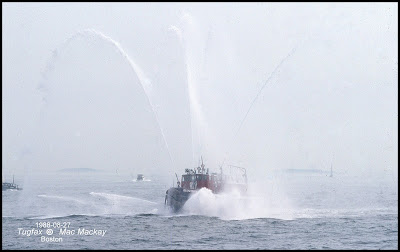 Digging deep into the files I find Firefighter putting on a show in 1988.
.