Carrying the name Florence M a well known tug may be starting a new career. It has recently arrived in Thunder Bay, ON in tow of an equally well known fleet mate Molly M 1. (ex  Point Vigour ex Foundation Vigour). New owners have not been identified and no name change has been indicated. 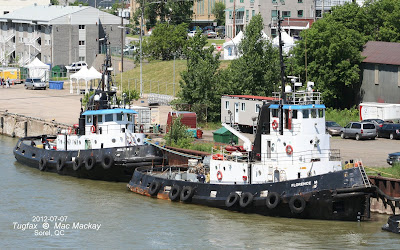 Florence M is a one of a kind tug, built originally as Foundation Vibert in 1961, similar to two other Foundation "triple deckers", but unlike the original Foundation Victor of 1956 and Foundation Valour of 1958, the Vibert had a shorter hull, was twin screw, and was built in England.  P.K.Harris of Appledore, North Devon  followed the  hydroconic hull section invented by Burnett Corliss partners.
Unusual for a British built tug of the era it received a pair of small block Fairbanks Morse engines, shipped in from North America. Totaling 1332 bhp, they give a bollard pull of a reputed 20 tons. 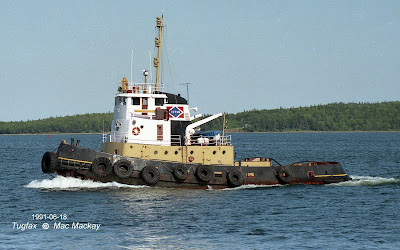 The tug was built to serve at Baie-Comeau and Sept-Iles, QC and operated by Foundation Maritime for parent Foundation Corporation of Canada, builders of the port facilities. The shorter hull length and twin screws were needed to work within the tighter confines of the Baie Comeau terminals.

During the transition from Foundation through MIL to Eastern Canada Towing (Ectug), Cargill Grain ordered a new tug for Baie Comeau, the Voith-Schneider Pointe Comeau to be operated by Ectug. When it was delivered the word "Foundation" had been replaced by "Point". New owners Eastern Canada Towing Ltd (a Smit+Cory partnership) had renamed all Foundation tugs in 1973 and Point Vibert was transferred to Halifax in 1977. 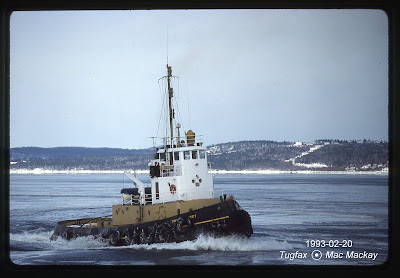 Suitable for winter operation Point Vibert breaks through a skim of ice in Halifax's Bedford Basin.

When new ASD tugs were built Point Vibert was seldom used in Halifax, and worked in Point Tupper for a time. When Svitzer took over Ectug they soon put it up for sale. 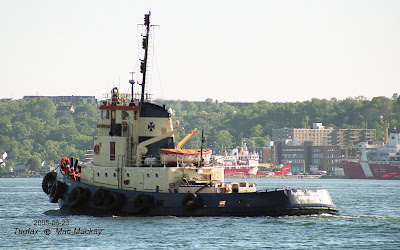 Sold to McKeil in 2006 and renamed Florence M. the tug was equipped with a towing winch and used for barge work, but ran into trouble in November 2010 off Pictou, NS,  see: http://tugfaxblogspotcom.blogspot.com/2010/11/florence-m-tow-trouble.html
In recent years it has been idle in Hamilton, ON. 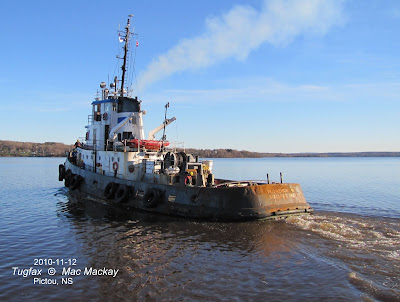 In McKeil service, the tug got a towing winch.

On October 1 it was upbound in the Welland Canal in tow of Vigilant I. The tow was handed over to Molly M 1 (ex Point Vigour, ex Foundation Vigour of 1962) in Sarnia and made its way up Lakes arriving in Thunder Bay October 10.

Thunder Bay Tug Services Ltd operates former fleet mate Point Valour (ex Foundation Valour) of 1958, a big single screw tug with 1280 bhp, and seem to be the logical choice for a new owner. The company also operates the single screw Glenada built in 1944 for the wartime naval service. Although rebuilt in 1977, it is one of only four remaining Glen class tugs still in commercial operation in eastern Canada. One of those is Vigilant I (ex Glenlivet II mentioned above.) The other two, Robert John (ex Bansturdy, ex Glenlea) and George N. Carleton (ex Bansturdy, ex Gleneagle) are owned by competitor Lakehead Tugboats Inc (and coincidentally also former Foundation tugs).
[Two Glens are working in British Columbia at last report.] 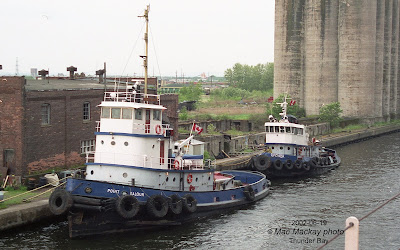 If the Florence M goes to work in Thunder Bay, it should be very useful working between the long finger piers of the grain terminals. Lake Superior's fresh water should keep the hull in good condition almost indefinitely, and the largest ships to use the facilities do not exceed 35,000 dwt, because of St. Lawrence Seaway size restrictions. 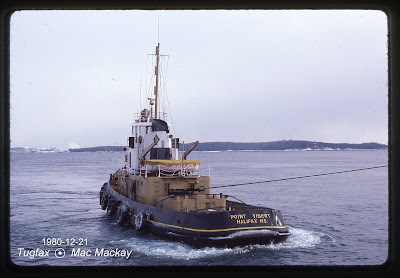 
------------------------------
A note about the use of the letter "V" in the Foundation, and later Ectug names. The first tug to have a V name was Foundation Vera built in 1945 as Rockhill, a Warrior class 1,000 ihp steam tug. It was completed by Midland Shipyards too late for war service with the British government and was declared surplus and sold. Briefly renamed Maritime Guardian in 1947, it was acquired by Foundation in 1948. Foundation's marine superintendent named the vessel after his wife. 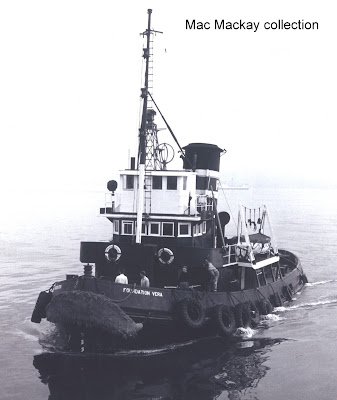 Foundation Vera was the first another one [see note below] of Foundation's "triple decker" tugs. Skippers liked the elevated conning position, but only if it was enclosed and made weather tight. The Warriors were built with an open flying bridge which was still a feature of  British tugs. Canadian owners quickly added a wheelhouse to ensure survivability in winter conditions. Foundation Vera was laid up in Halifax in the mid 1960s and scuttled at sea in 1968.

It is believed that the next new tugs used the letter V in their names to mark the Allied victory in World War II. The names Foundation Victor and Foundation Valour certainly fit with this theory.
Foundation Vibert took another tack as it was named for the late Vibert G. Young, a recently deceased Foundation Company of Canada executive. His widow sponsored the tug when it was commissioned in Halifax.

After this the V names seemed to have been selected more or less randomly, but some were particularly appropriate for tugs such as the memorable Vim and Vigour . The last V name was the second Point Valiant. That tug is now operating on the west coast for Davies Tugboat Ltd of Burnaby, BC.

It was named after the first Foundation Valiant (of 1963) (later Point Valiant) now Groupe Océan's André H. It has been laid up in Quebec City and is unlikely to see service again. 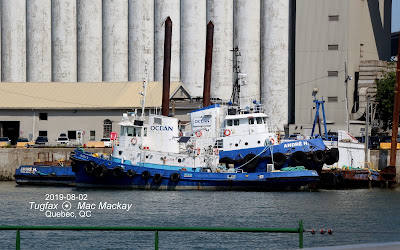 Point Vim and Point Viking (both 1962, 1000 bhp) are working for other Quebec operators. Foundation / Point Victor is operating as R.J.Ballott (see recent posts here) from Newfoundland.

The longevity of Foundation "V" tugs that left Canadian service has not been as positive. Two of the 1962 class went to Greece (Foundation Vanguard, Foundation Viscount) and one to Africa (Foundation Viceroy).  All are believed broken up years ago. Other Vs were salvage vessels, Foundation Vigilant and Foundation Venture now long gone. A small workboat, the Point Vanguard operates in Sept-Iles, QC for an unrelated company.