Glen tugs - long may they live 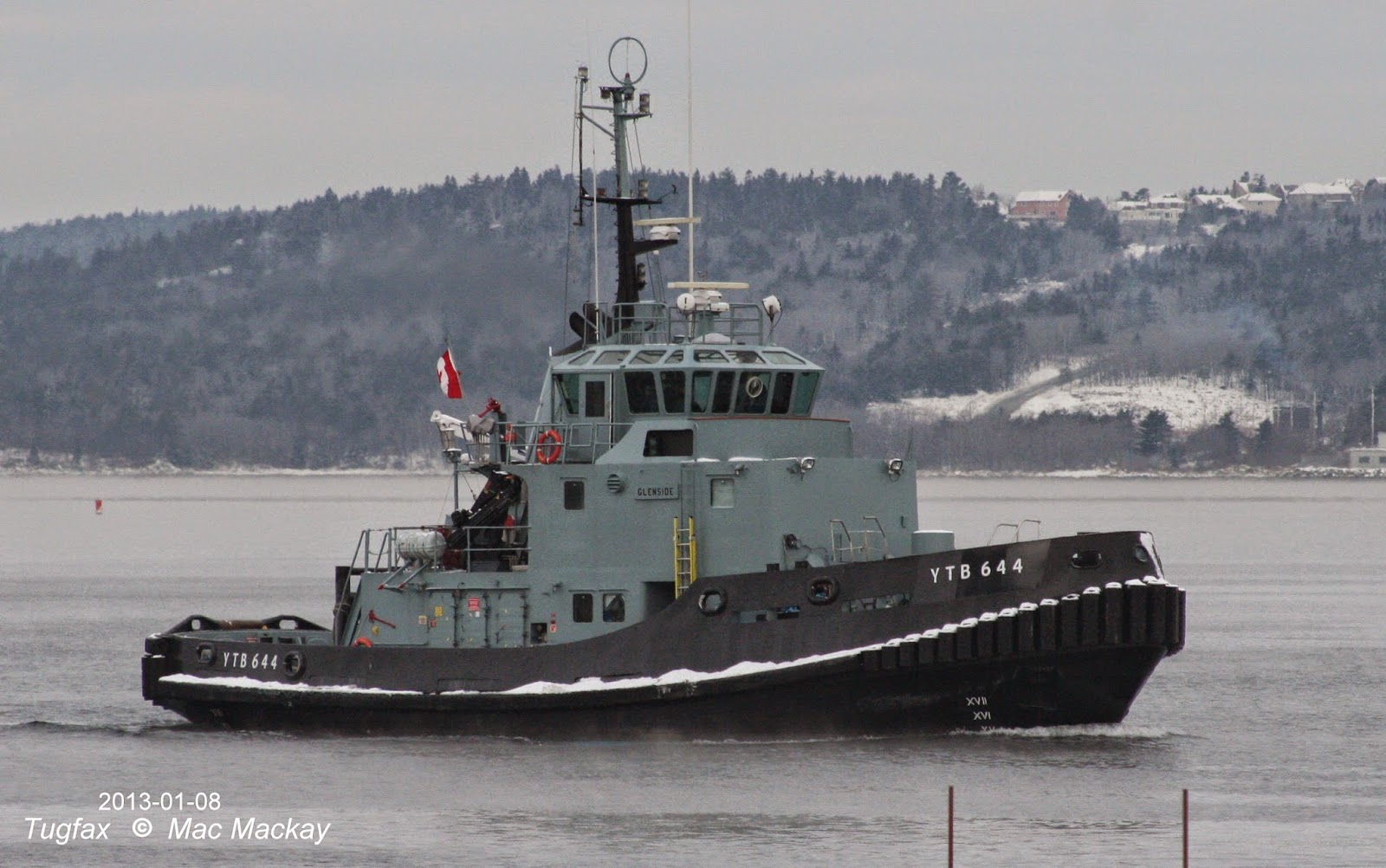 In 2012 when the ship procurement folks at naval HQ sounded the waters about available commercial tug designs, with limited offshore range, etc., there was some expectation that replacements for the 1976 era Glen class tractor tugs was on the horizon. See my Tugfax post:
http://tugfaxblogspotcom.blogspot.ca/2012/12/naval-large-tug-construction-project.html

What they soon found out was the Irving Shipbuilding had shut down their tugbuilding operation at Eastisle Shipyard in Georgetown, PEI, Industrie Océan shipyard in Quebec was busy building tugs to their own account, and no one else in Canada was building tugs of any significant size.
Recent large tug acquisitions for Canadian owners were coming from Turkey (Seaspan) the US or Holland (Smit)*

The six new tugs are to replace the five existing Glens and two Fire class firefloats in Halifax and Esquimalt. 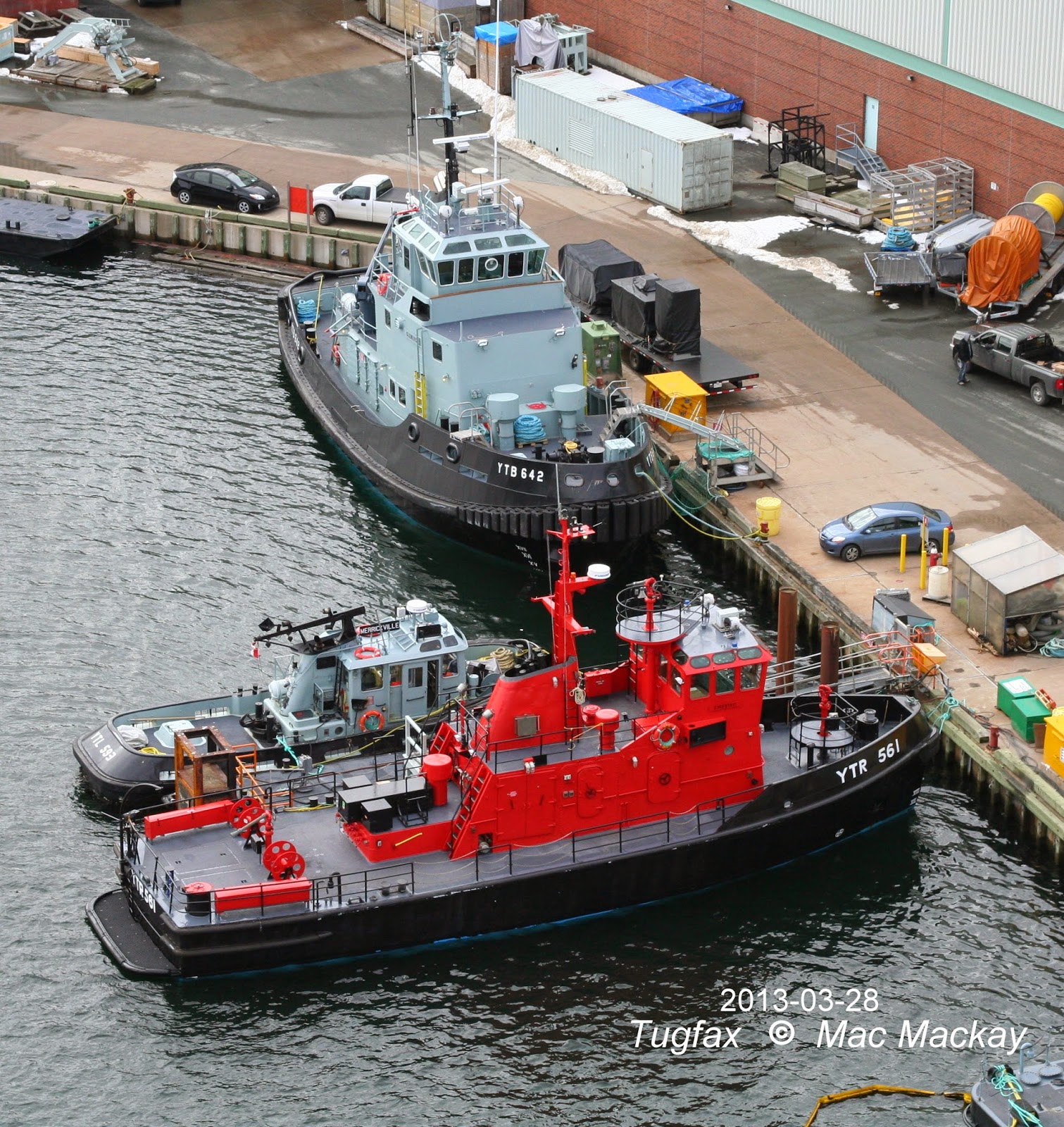 Since 2012 Damen has come up with a design of naval tug for Sweden and Holland that may be a "package" for a smaller shipbuilder to buy. There  are scores of commercial tugs designs already in production around the world, and evolutionary hull designs and propulsion systems abound (many of Canadian origin). It is a bit like shopping for a car, but once the design is chosen it seems strange to me that it would take two years to sign a contract and three years to produce the first tug.
It is also interesting that they are projecting a 25 year service life for the new tugs. The Glens will be 45 years old in 2021.

.
* On October 29, 2014 Smit Marine Canada Ltd registered the 2009 built Smit Saba under Canadian flag to supplement their BC fleet. It is a product of Damen's Galati, Romainia yard and is a 5,000 bhp stern drive.