Tug work at the terminals

To remove the canopies Waterworks Construction is using is concrete barge Commdive II with a crawler crane on deck. To move the barge around to the various terminals, they have acquired the services of Dominion Diving's tug Roseway and they are using their own boat Waterworks 1. I have featured the latter in these pages before, since it is arguably the smallest tug working in Halifax. It is also an "open-air" tug , with all the drawbacks and benefits that go with it. 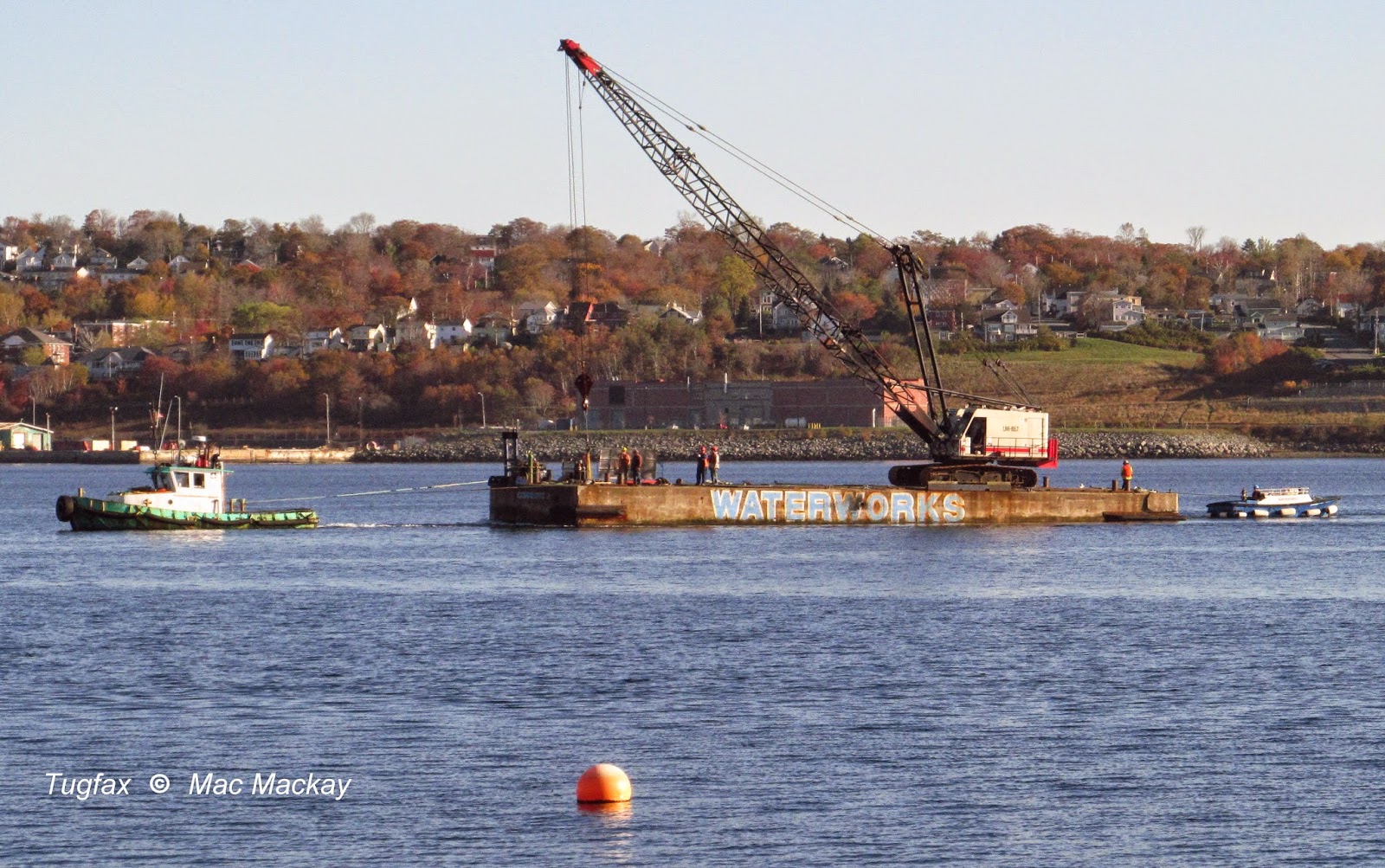 
Commdive II was built in 1942 in Dartmouth, by T.C.Gorman (Nova Scotia) Ltd, a large marine construction firm. Wartime steel shortages precluded building barges of that material and wood was too fragile for the rough and tumble of marine work. The barge may have had a name or number when built, but when first registered in 1965 it was named Commdive II by its owners Commercial Divers Ltd. It was classed as a houseboat at that time, and I remember it with a wooden house-like structure on deck in the late 1960s. It may even have been a live aboard for a notorious waterfront character. 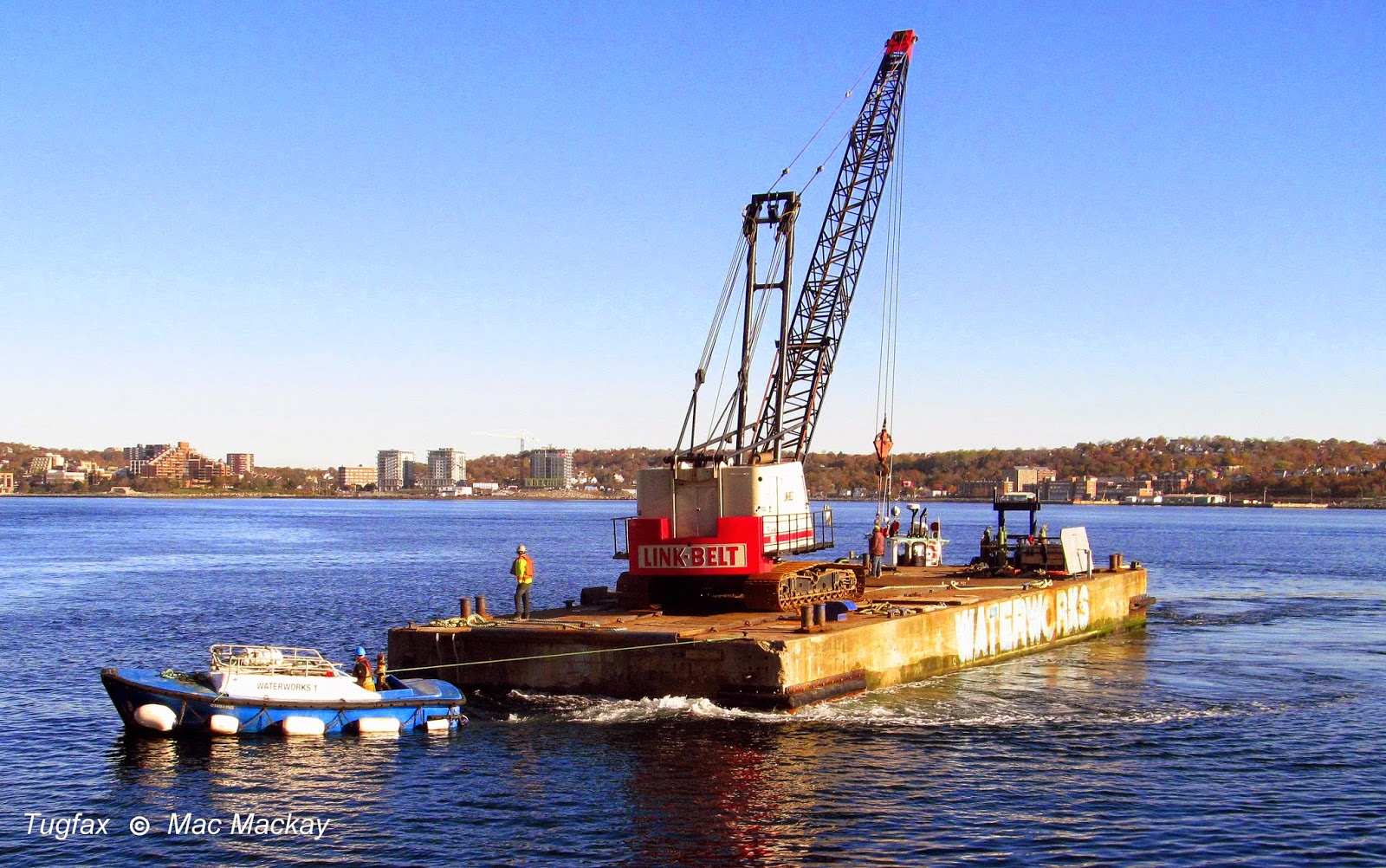 Nearing the destination, Waterworks 1 swings the barge around. 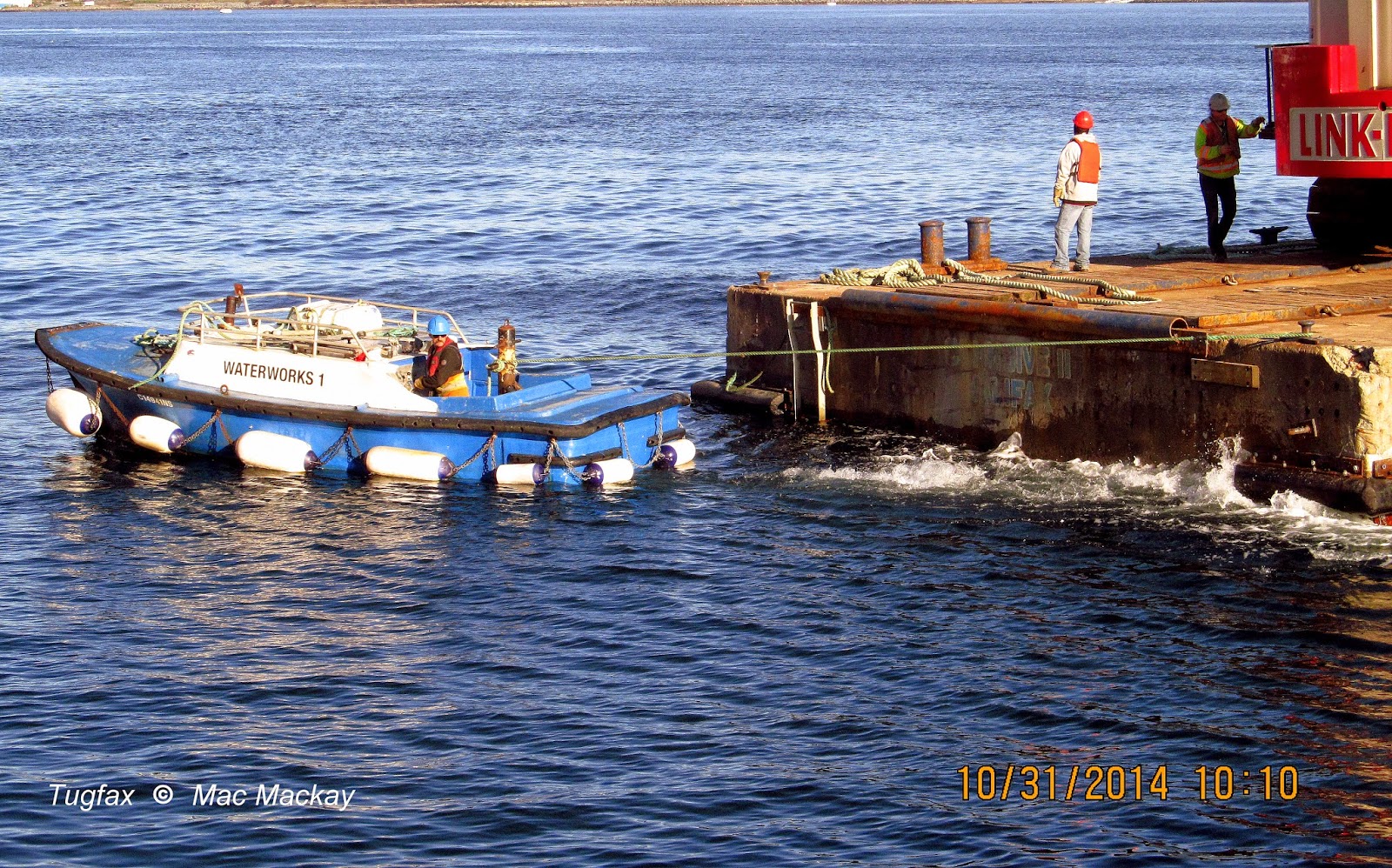 The open air tug allows for good verbal communication with the barge, but the operator has no protection if the tow line parts. 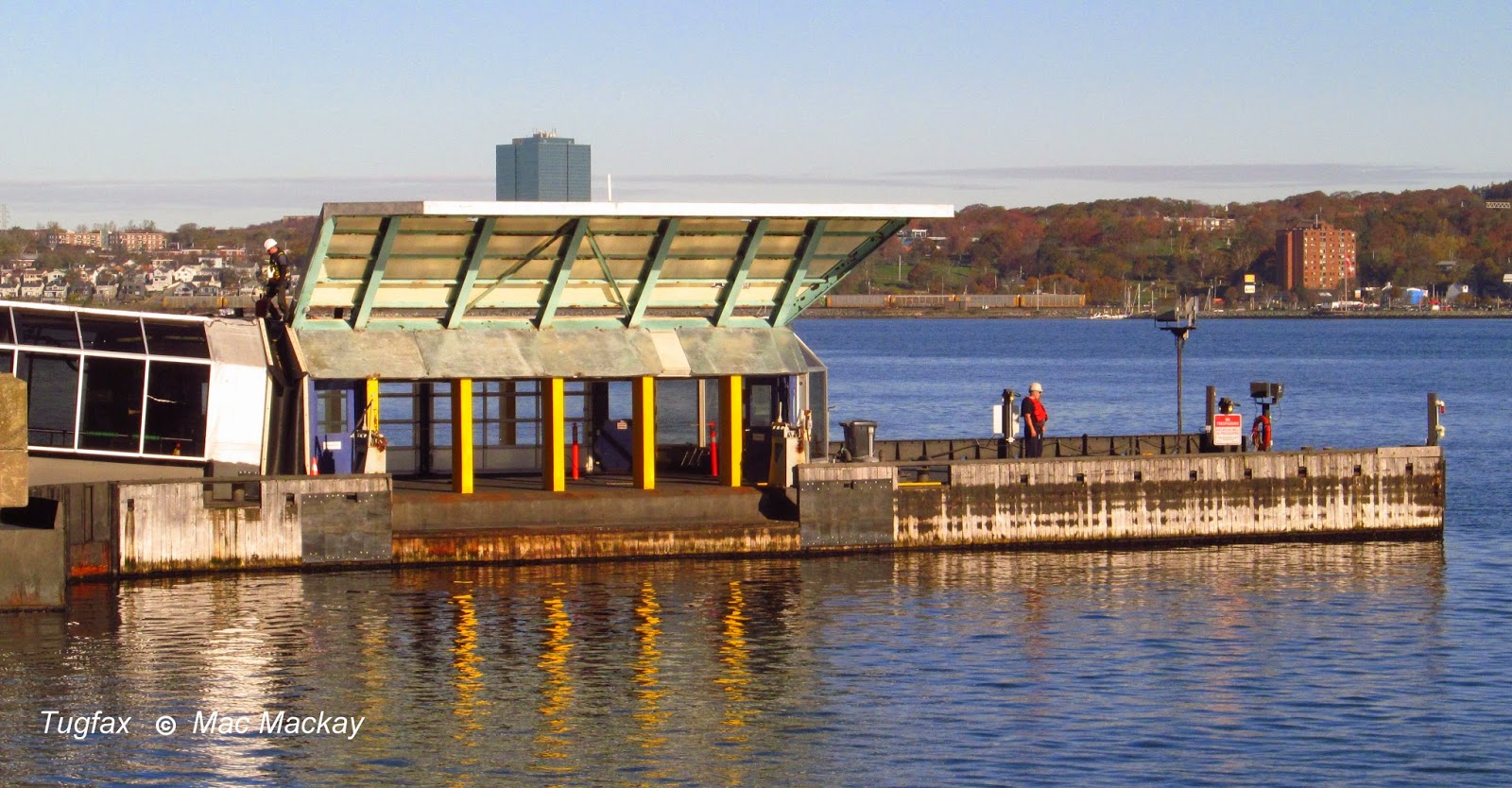 Destination is the Halifax ferry terminal, where the crane will be used to remove the weather canopy. 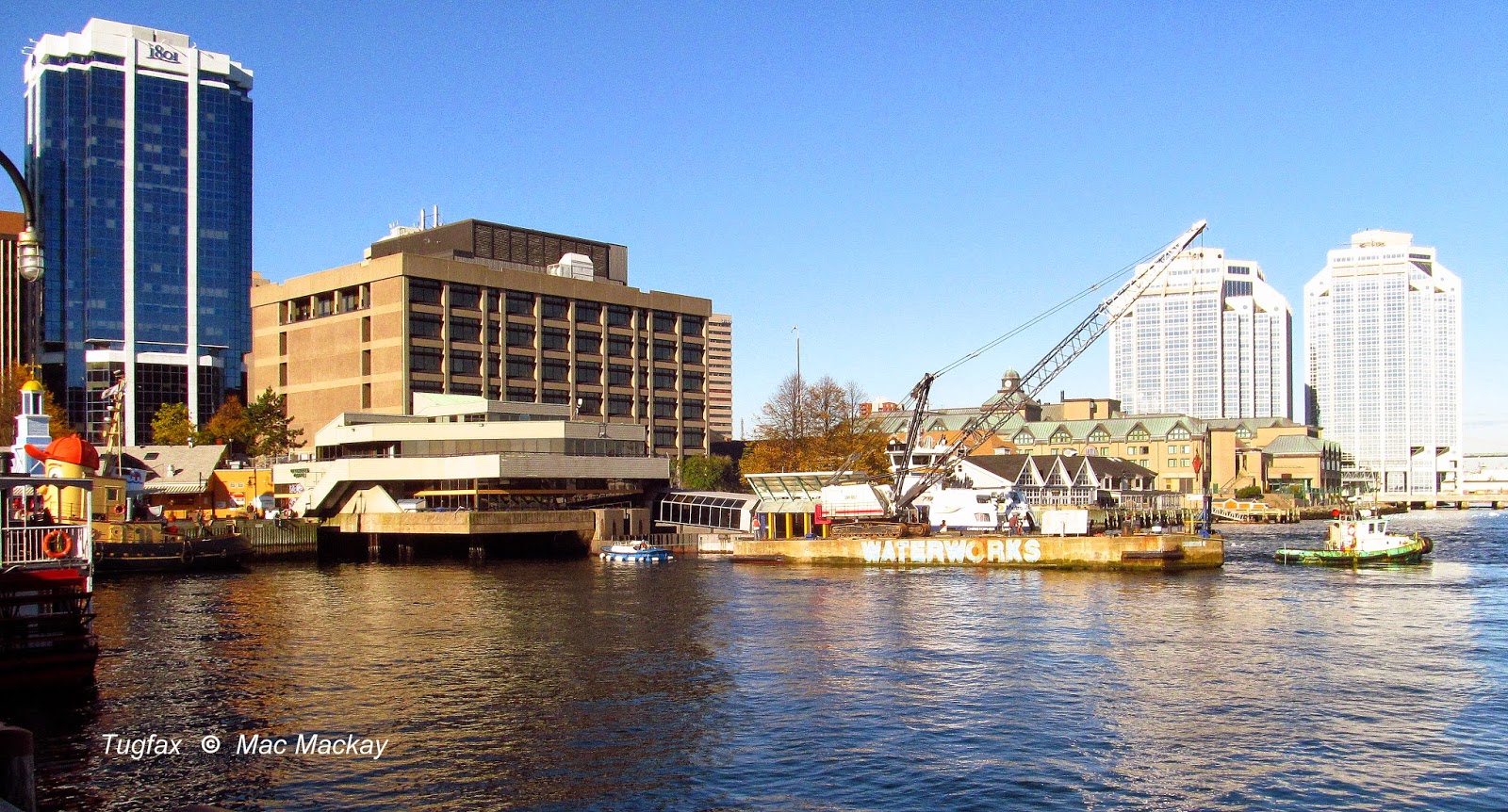 Easing the barge into position Waterworks 1 is almost underneath the ferry dock. 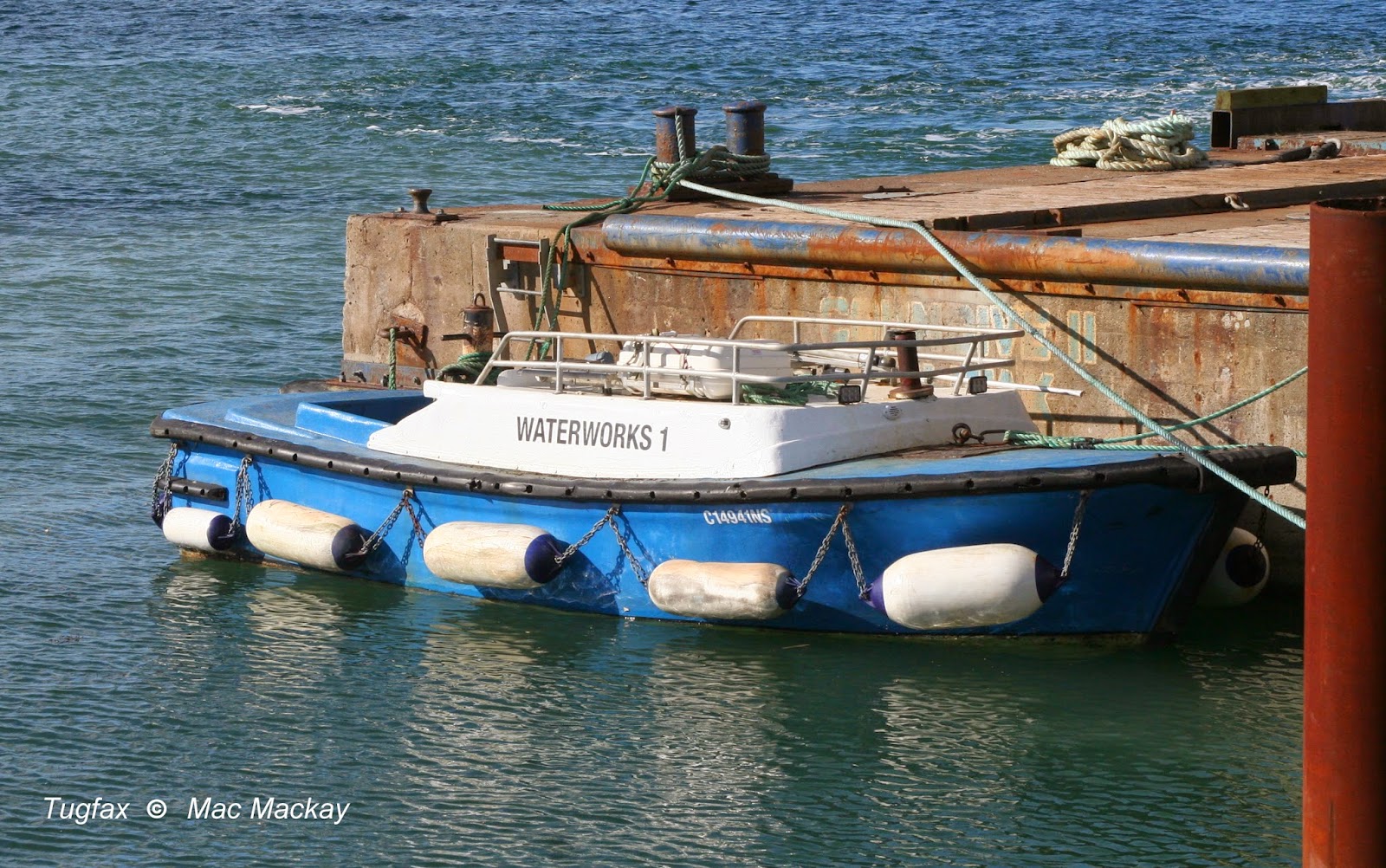 Waterworks 1 is registered by number, and its name is unofficial.

My apologies for the following, but it is possible to get a fuzzy glimpse of Commdive II in the background, tied up at pier 3, in what is now HMC Dockyard. The former minesweeper HMCS Birch Lake as it appeared when converted to the coastal freighter Aspy III is in the foreground, with just the deckhouse of Commdive II appearing in the background, and shadows. Oh for a digital camera November 2, 1968. 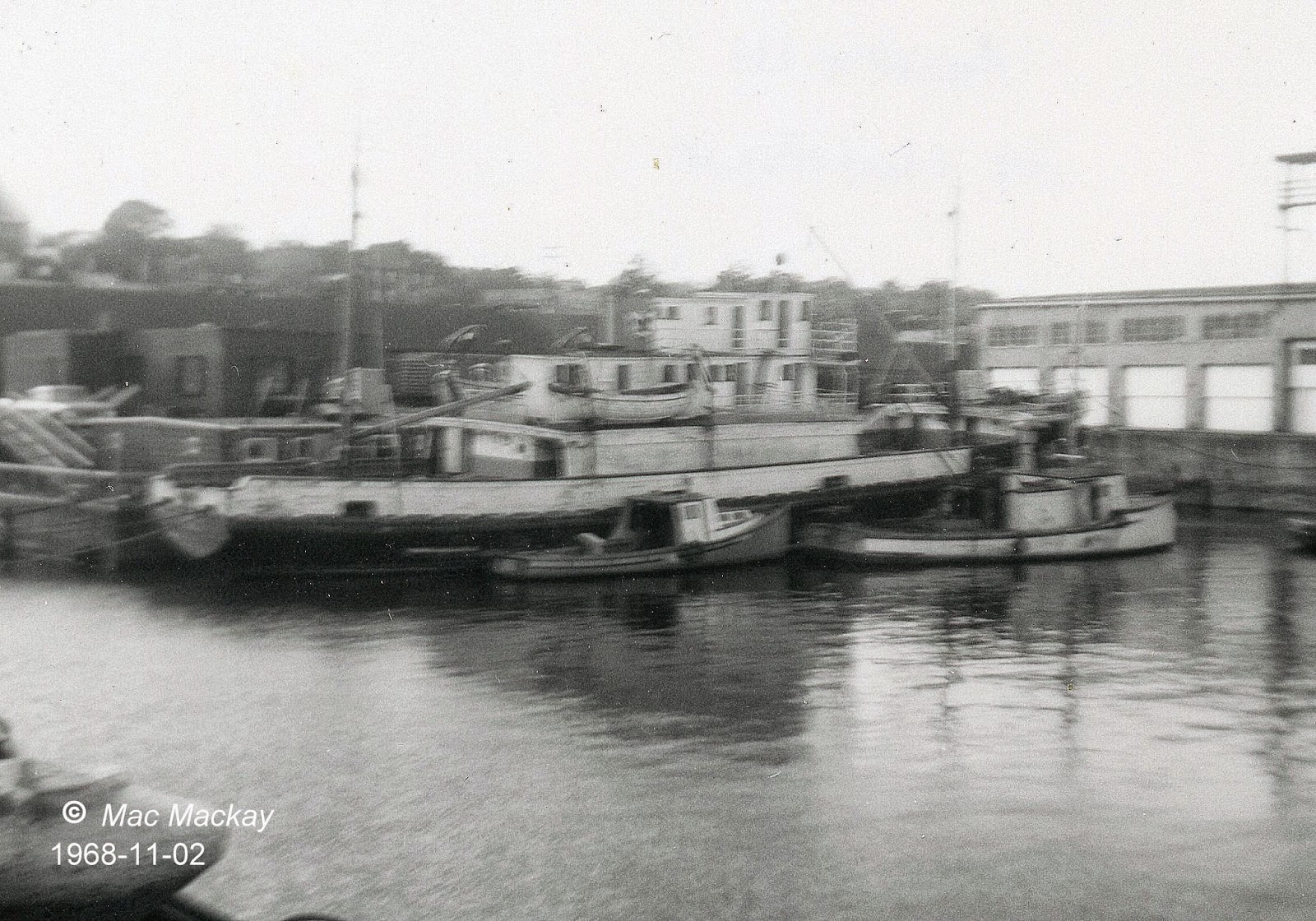