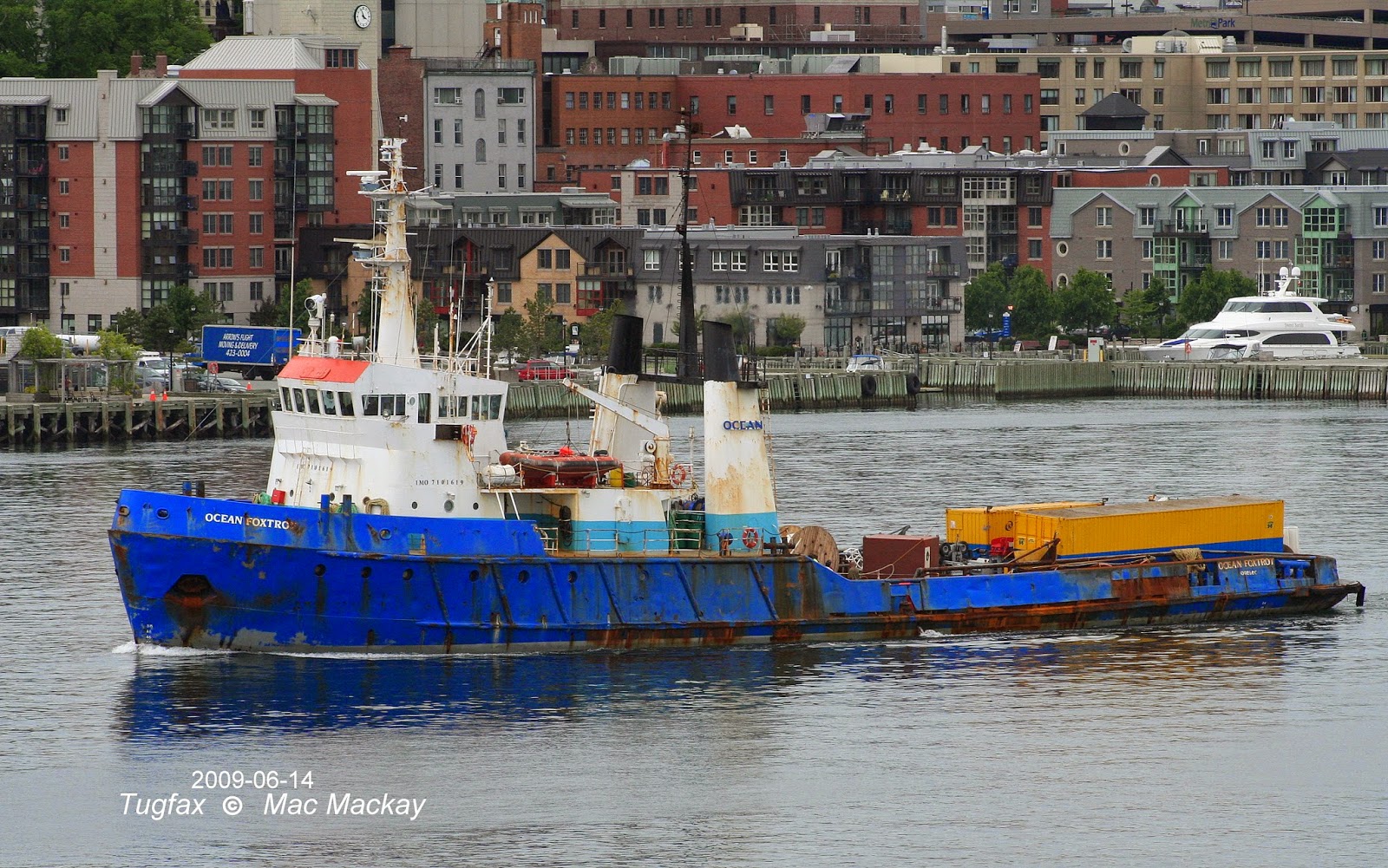 Groupe Océan has sold the veteran tug-supplier and jack of all trades Océan Foxtrot. The versatile vessel served them well for nearly twenty years in a variety of tasks including barge work, offshore, seismic standby, ship assist, salvage, cable repair (photo above) and working in ice. It has ventured as far north as Greenland for Groupe Océan, and worked in the Beaufort Sea for Canmar.
Under Océan ownership, it was also available for bareboat charter, and Miller Group of Newfoundland was one such operator.
Built in 1971 by Cochrane + Sons Ltd in Selby, England, the 5280 bhp boat was originally named Polar Shore for Offshore Marine. In 1977 it went to Dome Petroleum's Canadian Marine Drilling as Canmar Supplier VII. Québec Tugs acquired it in 1995. Groupe Océan was formed in 1998, bringing toegther Québec Tugs and other marine interests.
After an extended layup in St.John's, Newfoundland, a sale was completed earlier this fall, and the boat' s Canadian registry was closed October 3.
It is now rumoured that the as yet unnamed new owners plan to use the tug to tow the near-derelict Comorant out of Bridgewater, NS. That unfortunate ex Italian trawler and ex Royal Canadian Navy dive ship has been an eyesore on the La Have River for many years, and no one will be sad to see it go. However it could prove to be another in the string of ill-timed of late season tows gone wrong.

The laker Miner fetched up on a beach in Nova Scotia after parting its tow line from an ill-equipped tug and is costing tax payers millions to remove. The derelict cruise ship Lyubov Orlova disappeared at sea when it was towed out of St.John's - again by a poorly suited tug. The tug Craig Trans was finally sold by the Port of Halifax after it (and its crew) were abandoned here after running up costs for pilots, agents, berthing and repatriation. It has been on its way to tow away a scrap ship in December.

Lets hope that Transport Canada is able to prevail on Foxtrot's new owners and prevent another fiasco.

I have covered Océan Foxtrot before: http://tugfaxblogspotcom.blogspot.ca/2013/12/ocean-on-move-again.html 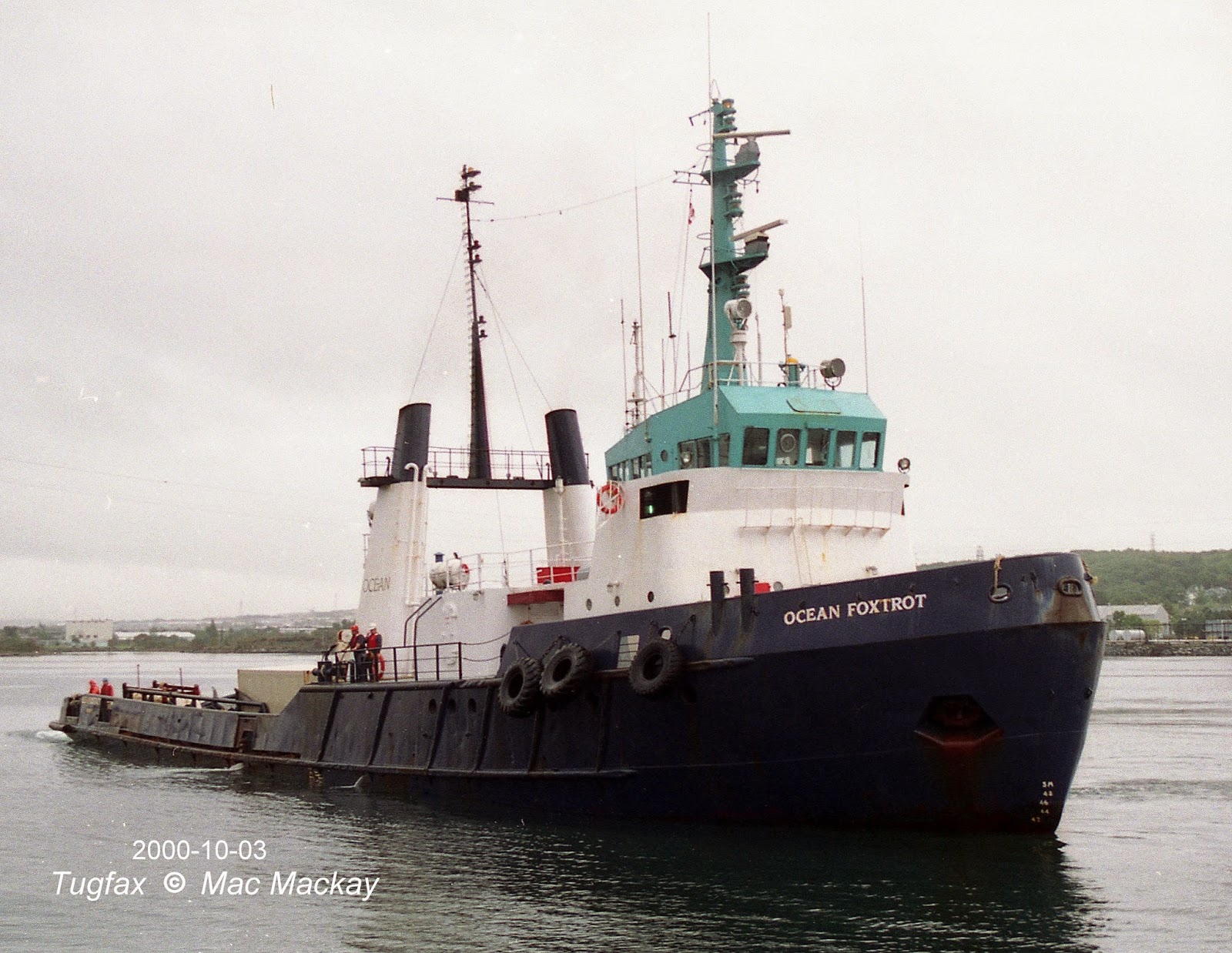 Océan Foxtrot worked out of Halifax off an on over the years. In 2000 it was wearing Groupe Océan's current aqua over white colour scheme as it approached pier 9.