With news that Maersk Gabarus arrived in Gent, Belgium for scrap on October 14, [see Tugfax October 5] it was a pleasant surprise to see sister vessel Maersk Chignecto arrive in Halifax today. 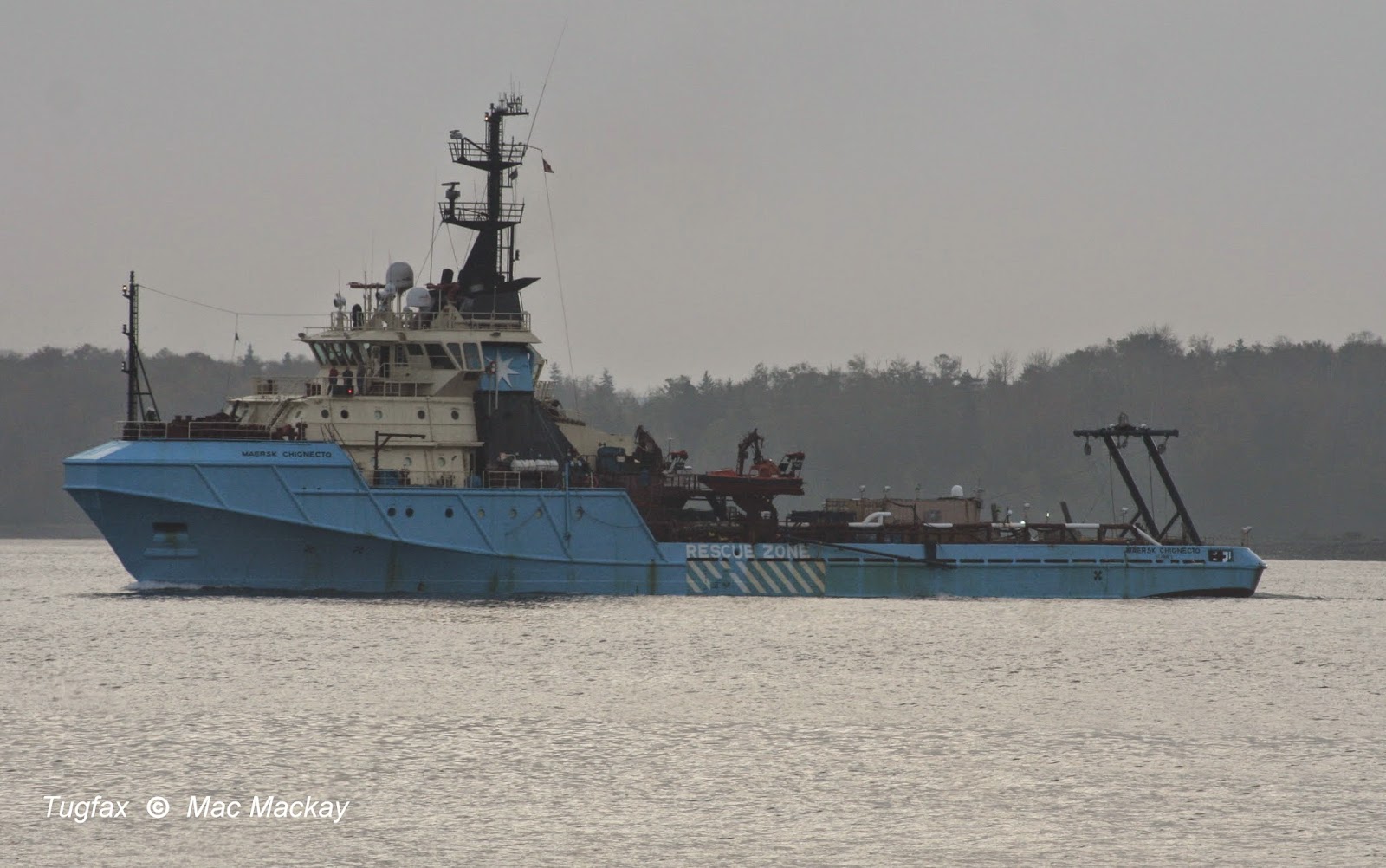 Built by Hyundai, Ulsan in 1982 as Chignecto Bay it was one of the six AHTSs for Husky/Bow Valley. 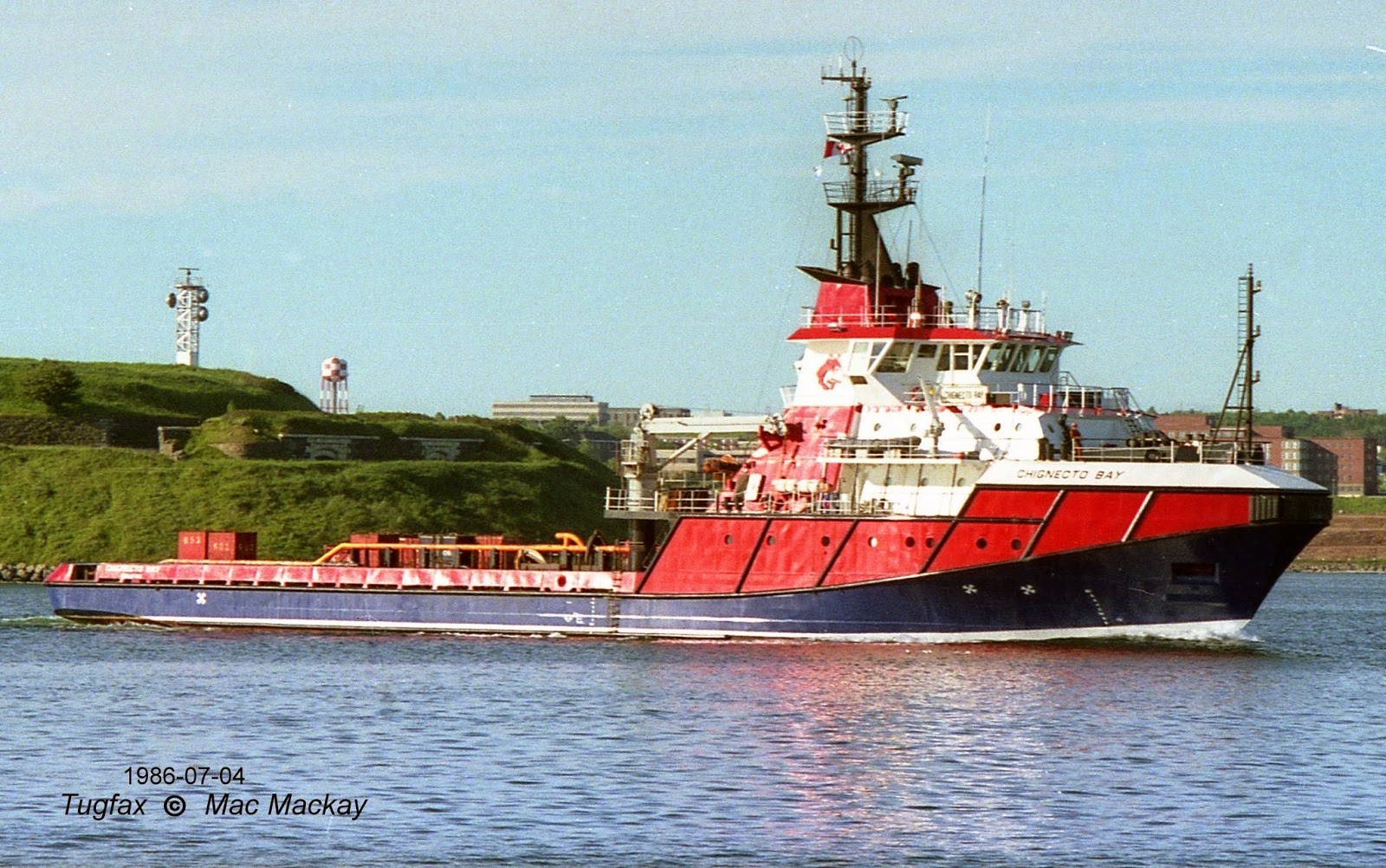 All six boats went to Maersk in 1988, and were simply renamed. Since then they have worked out of Newfoundland, with assignments to Nova Scotia and the North Sea.When built their 10,880 bhp made them among the most powerful AHTSs in the area. Now with boats approaching twice that power, Maersks's three remaining Huskys find other work such as diving support vessels, with submersibles or ROVs. 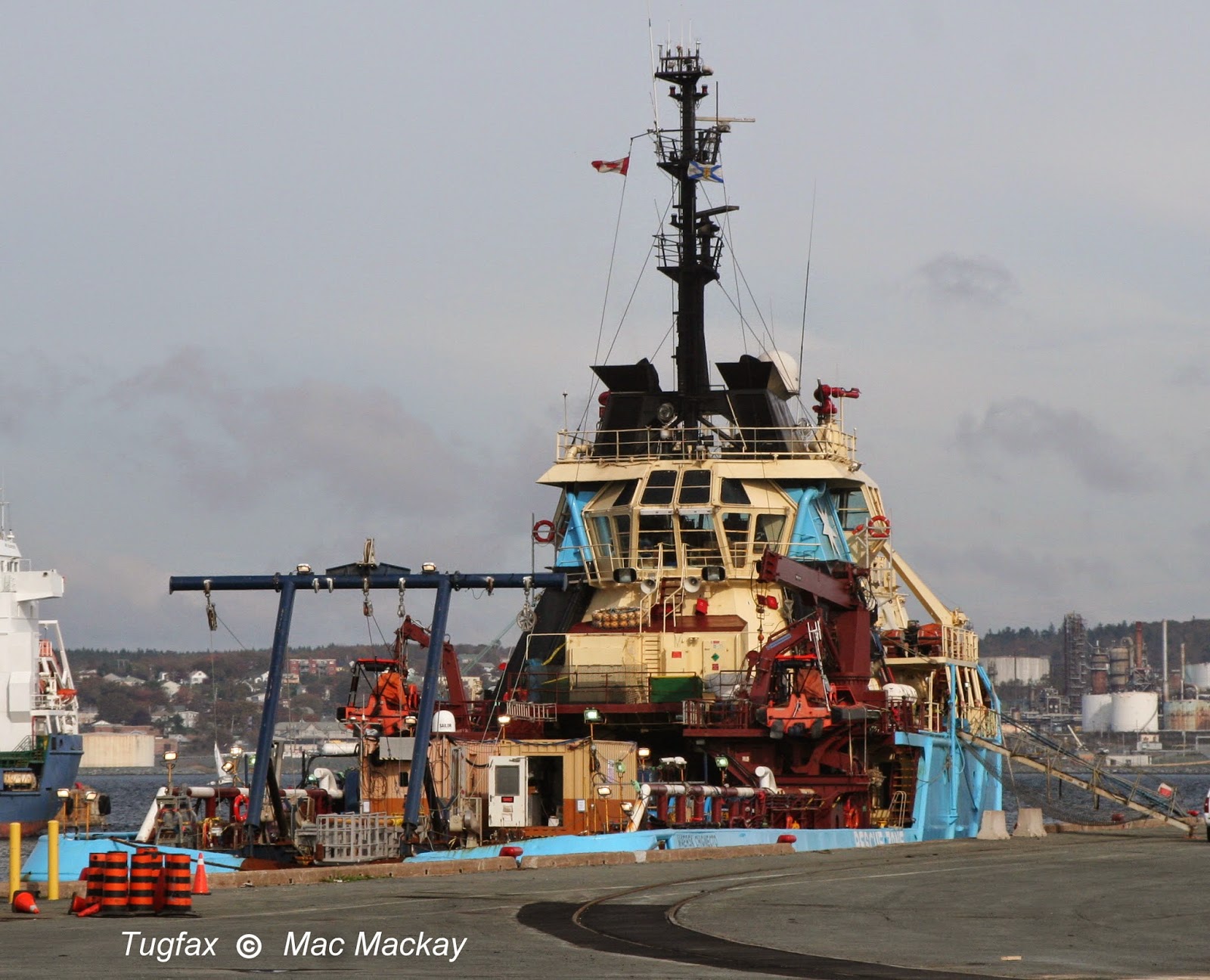 Maersk Chignecto is now fitted with a stern gantry, a couple of SeaCans for control rooms and shops and a huge array of low level deck lights. 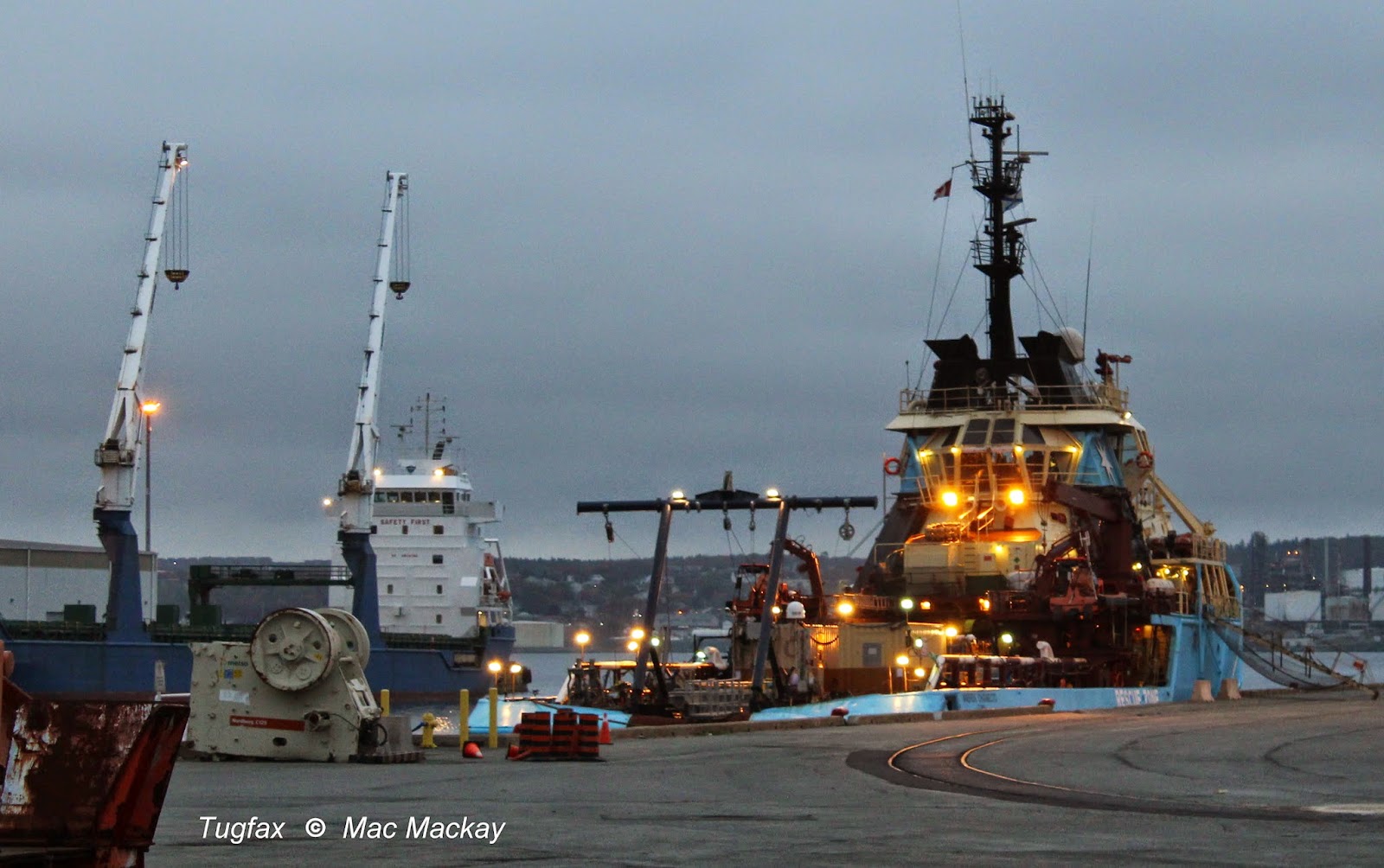 For the past few months the boat has been conducting seabed surveys at Hibernia and White Rose (for Husky). Last winter and spring it was working out of the Netherlands in the North Sea, for a rate of UKPds 22,000 per day.
Its visit to Halifax today may be related to the passing of Hurricane post tropical storm Gonsalvo well offshore from Nova Scotia, but bound directly for the Avalon Peninsula Grand Banks of Newfoundland. Halifax may have been the most convenient port of refuge from the former hurricane.