Janus on the job

Janus arrived in Halifax this morning and tied up under the bow of its prospective tow, Australian Spirit. 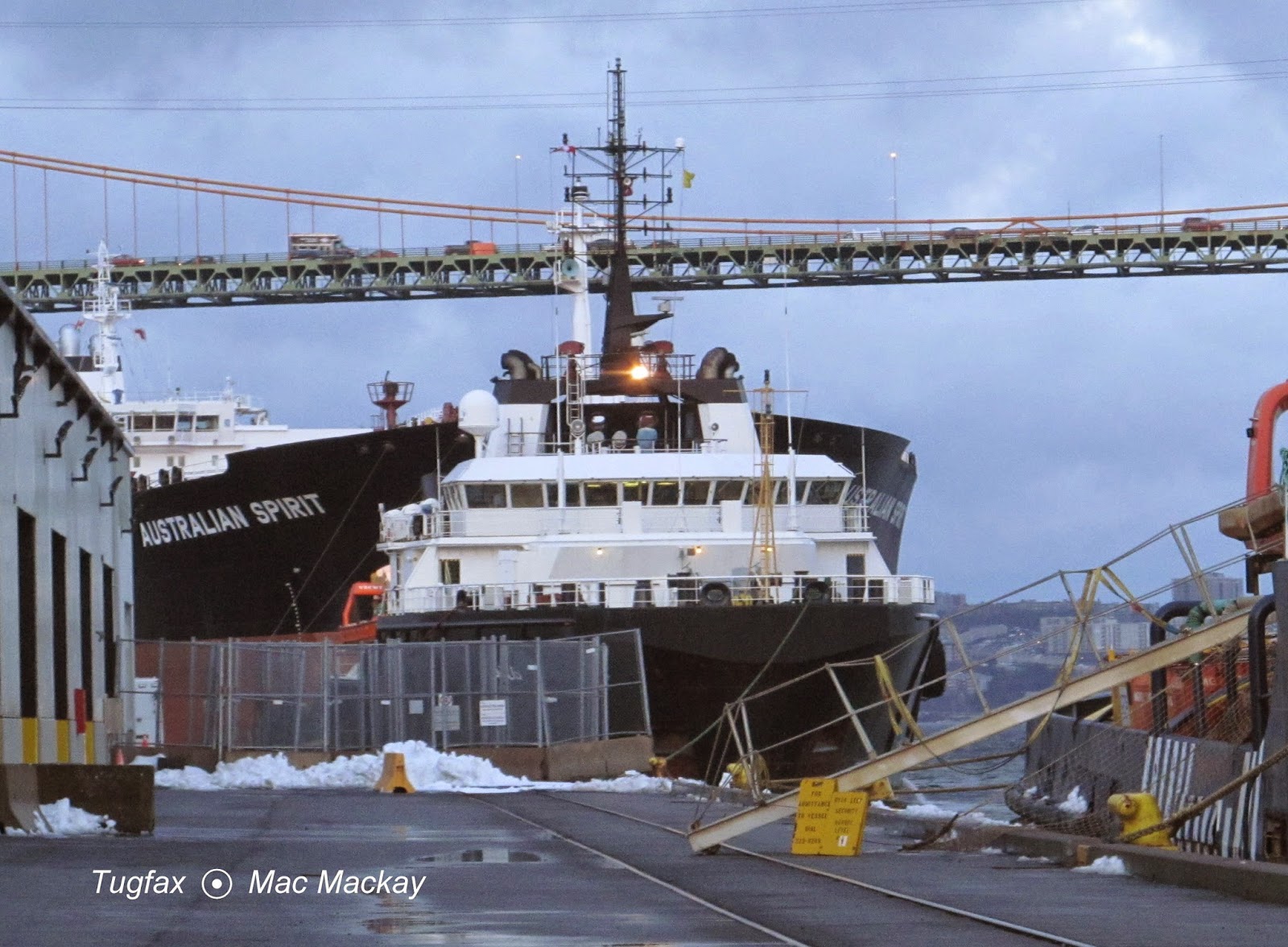 The tug's extreme width of 18m excited great interest when the tug was built.

After arrival formalities have been completed, preparations are expected to start. It will be interesting to see if they resort to the traditional method of using the ship's anchor chains to form the towing bridle from the ship.

The rudderless Australian Spirit will present some challenges for a towing tug.
No departure date has been set yet. The recent gales will have to die down, and there will have to be at least a half day when no traffic is expected in and out of port. All available harbor tugs will also be called upon to assist in the departure. All is calm aboard the tug for now, but the crew will be called into action soon enough.
.
﻿
Posted by Mac at 8:58 AM