As reported in Boatnerd January 24 the Techno-St-Laurent is now being cut up at Port Colborne, ON. After languishing in the scrap yard since 2006, the tug's end is finally in sight.

Built as Riverton in 1944 it was one of the eight strong  Norton class of tugs for the Royal Canadian Navy. They were to be used for towing gunnery targets, general towing, salvage and ship berthing. They were armed with a Lewis gun and ice strengthened. After World War II ended, four were sold for civilian use and four retained by the Navy. Soon after that the four were assigned to the Canadian Naval Auxiliary fleet and instead of the 26 navy crew, they were manned by a civilian crew that varied in number depending on duty.
They were powerful tugs for the day with a 1,000 bhp Dominion Sulzer direct drive diesel engine. They were also fitted with a towing winch, 1.5 ton derrick and they were ice strengthened.
Riverton's construction was contracted to Canadian Bridge Co of Walkerville, ON, but construction was transferred to Chantier Maritime de St-Laurent, at St-Laurent, Ile d'Orléans, Quebec.
Riverton was based in Halifax but traveled widely as the following photos show. 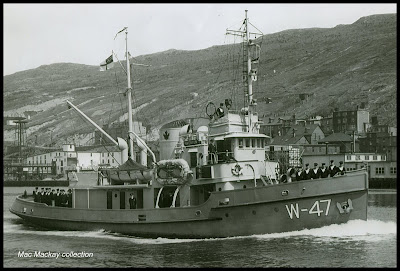 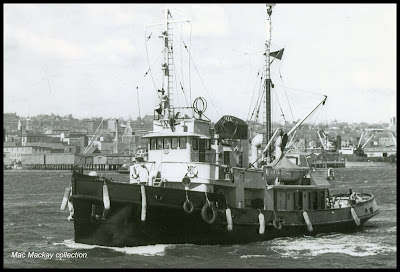 Post war the tug was fitted with radar (the antenna is atop the main mast) and painted in naval auxiliary colours. (Photo taken in St.John's, Newfoundland.) 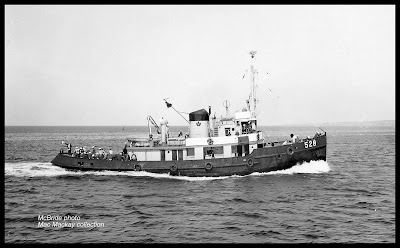 The main mast and derrick were later removed and a small derrick fitted to the funnel. It carried the pennant number ATA-528. (Photo taken in Digby, NS.)

In 1979 the navy sold Riverton to Techno Maritime of Quebec City and it was renamed Techno-St-Laurent  at the Dartmouth Marine Slip before sailing to its new home port. 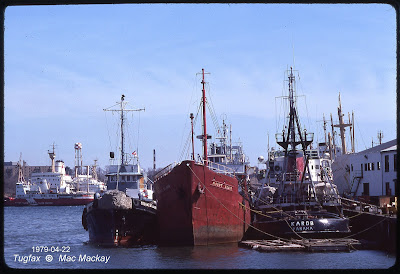 At Dartmouth Marine Slips, and newly renamed, it shares a berth with the coaster Mount Blair and the tug Karob. In the background CCGS Sir William Alexander (i), Louis S. St-Laurent and Labrador have just just returned from spring icebreaking. 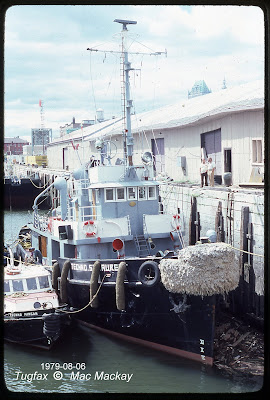 Later  in Quebec City with the launch tug Techno-Mingan, the tug is in pusser naval condition. complete with impressive rope pudding on the bow. 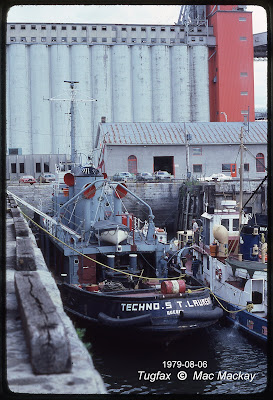 Seen from the stern with Techno-Manic alongside. With the smaller civilian crew it carried only one lifeboat. stowed amidships.

It was given a major refit in 1982-83, and received a "new" Sulzer engine rated at 1100 bhp. The owners were also renamed Techno-Navigation in the same year. 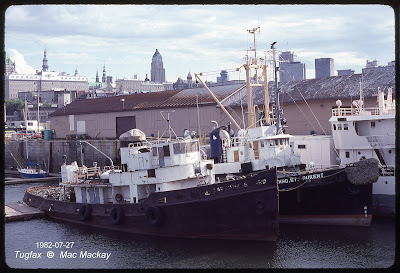 Techno acquired the sister tug Capitaine Simard, ex Birchton and salvaged many spares and other parts before sending it to scrap at Petite-Rivière-St-François. The ship on the right is Petrel V, which became the tall ship Caledonia in 2002.) 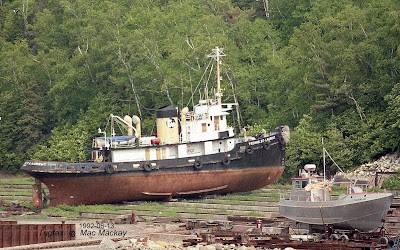 By 1992 the tug was looking a bit tired, and was laid up at Ile-aux-Coudres before getting another refit. 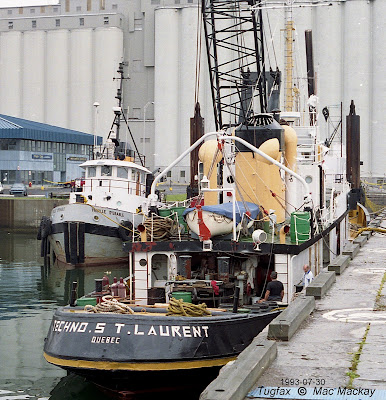 Back in Quebec City, the tug looked very smart after a complete repainting. It is tied up with the Public Works tug Feuille d'Érable (ex Foundation Viceroy) and the dredge DPW 130 (now Harbour Development's D-6.) 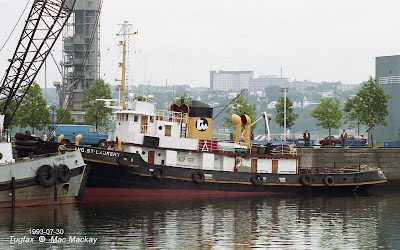 Eventually the tug migrated to McKeil ownership and headed up through the Seaway November 30, 1997 for Toronto and on to Buffalo, NY to pick up the barge Dupuis No.10. However the barge sank December 24, and the tug remained on the Lakes thereafter.
Even though it was retired and out of service in Hamilton, ON, it was renamed Kirstin in 2001. That name was never applied but was its official name.

In the fall of 2006 it was finally towed to Port Colborne at tied up at the IMS scrap yard where it is now under the torch.

There is one Norton tug still service in Canada. The former Norton works in Thunder Bay, ON as Peninsula, and is likely the sole remaining tug of its class.