Panuke Sea - up for sale

Tugfax got a little mixed up with the last post and it is in fact Panuke Sea that is for sale.

Neftegaz 14 arrived in Halifax under its own power.

Although it started out as a Neftegaz tug / supplier, it has had a slightly different history.  Built in 1984 by Komuny Paryskiej in Gdynia, Poland it was named Neftegaz 14 for the USSR's Ministry of Gas Industry. It was working under Femco management when when Secunda acquired it in 2001. It arrived under its own power  with a Russian crew on October 15 and by October 22 it had been renamed Panuke Sea and reflagged to Canada. 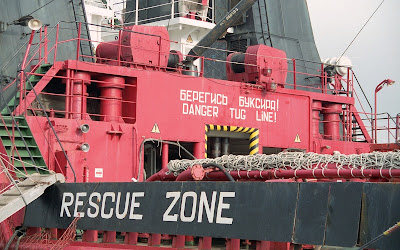 During the winter it was renovated, but did not get the extensive conversion that Burin Sea and Trinity Sea got. On May 23, 2002 it sailed to St.John's, NL for drydocking and returned to Halifax July 11 painted in Secunda colours and within a week was doing harbour trials. 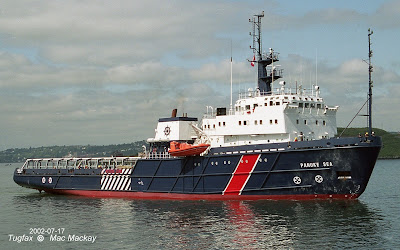 After its first refit, the Panuke Sea still had the original superstructure. 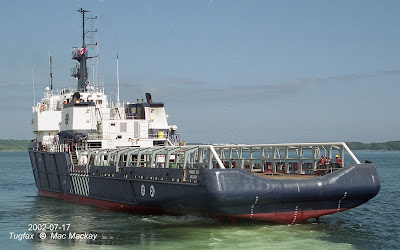 Visibility to the after deck was compromised and limited its ability to find work.

It was soon discovered that its opportunities for work were severely limited because it had poor astern visibility and the decision was made to start a second conversion, this time at pier 29 in Halifax. It emerged from this process in March 2003 with a raised forecastle and a full width aft facing bridge. 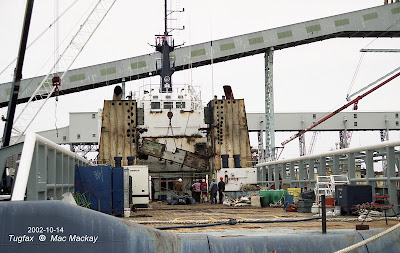 The second refit was carried out at pier 29. 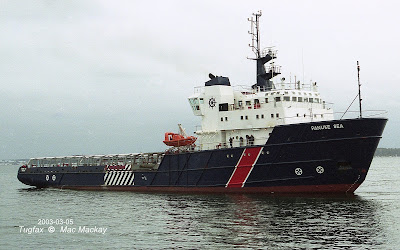 The second time around the tug had a raised forecastle for better sea keeping. 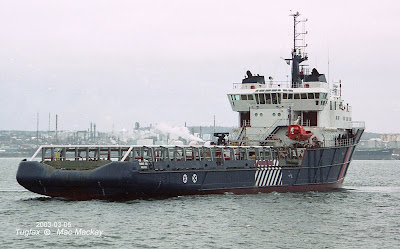 It also had a full width aft facing bridge, with unobstructed visibility of the working deck. However it was not fitted with a towing winch.

Soon after it had a main engine failure, and the engine was replaced with another from sister Neftegaz 29. [Secunda had also acquired that supplier, but never did convert it. Although it was renamed Sable Sea in 1998 and Intrepid Sea in 2002, it languished in Halifax until 2012 when it was finally sold for scrap. On November 11, 2012 Altantic Elm towed out for Boston.]

Specs for the converted Panule Sea included the DNV 1A1 ICE-1C ice class, three thrusters, and 7200bhp from two 6 cylinder Sulzers, built under license by Zgoda. producing a modest bollard pull of 80 tonnes. Since there is no towing winch fitted, the boat was used for supply work, without towing. Including rescue capacity it has 28 berths.

It spent most of its working life in Nova Scotia waters, servicing the Sable Gas project. With hundreds of supplier laid up around the world, there is little prospect of a continued career in the oil and gas industry, but  perhaps its extremely low asking price of $600,000 will attract a buyer.