The second French commercial tug that I can recall seeing in Canada was not in Halifax, but in Point Edward, NS on Sydney harbour.

It was built in 1959 by Industrie Navale Meccaniche Affini [I.N.M.A.] of La Spezia, Italy, as Phocéen* for Société Provençale de Remorquage of Marseilles. PROGEMAR later became the parent company of Les Abeilles. A smallish tug of just 273 grt, it was powered by a single 8 cylinder Fiat engine, of about 1600 bhp.
(* Phocéen is the adjectival word for Marseilles, and in the case of the tug would mean 'of Marseilles', it derives from the Greek city  Phocaea which was the cultural centre of Greek civilization, and colonized Massalia, now Marseilles.) 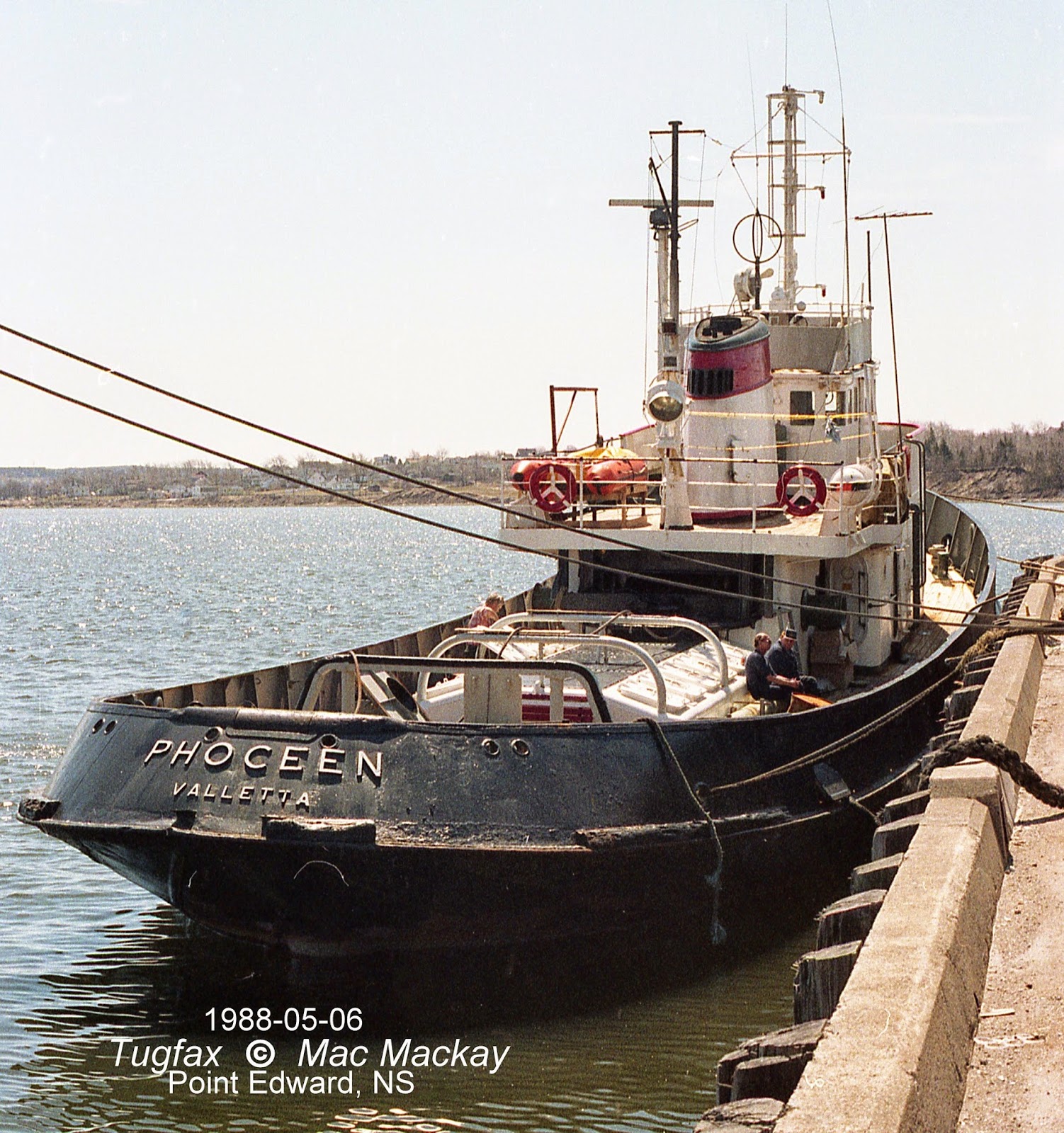 The crew take a break while Phocéen is fueling at Point Edward. The raised letters on the stern are typically Italian. It also has wooden decks among other nice touches. 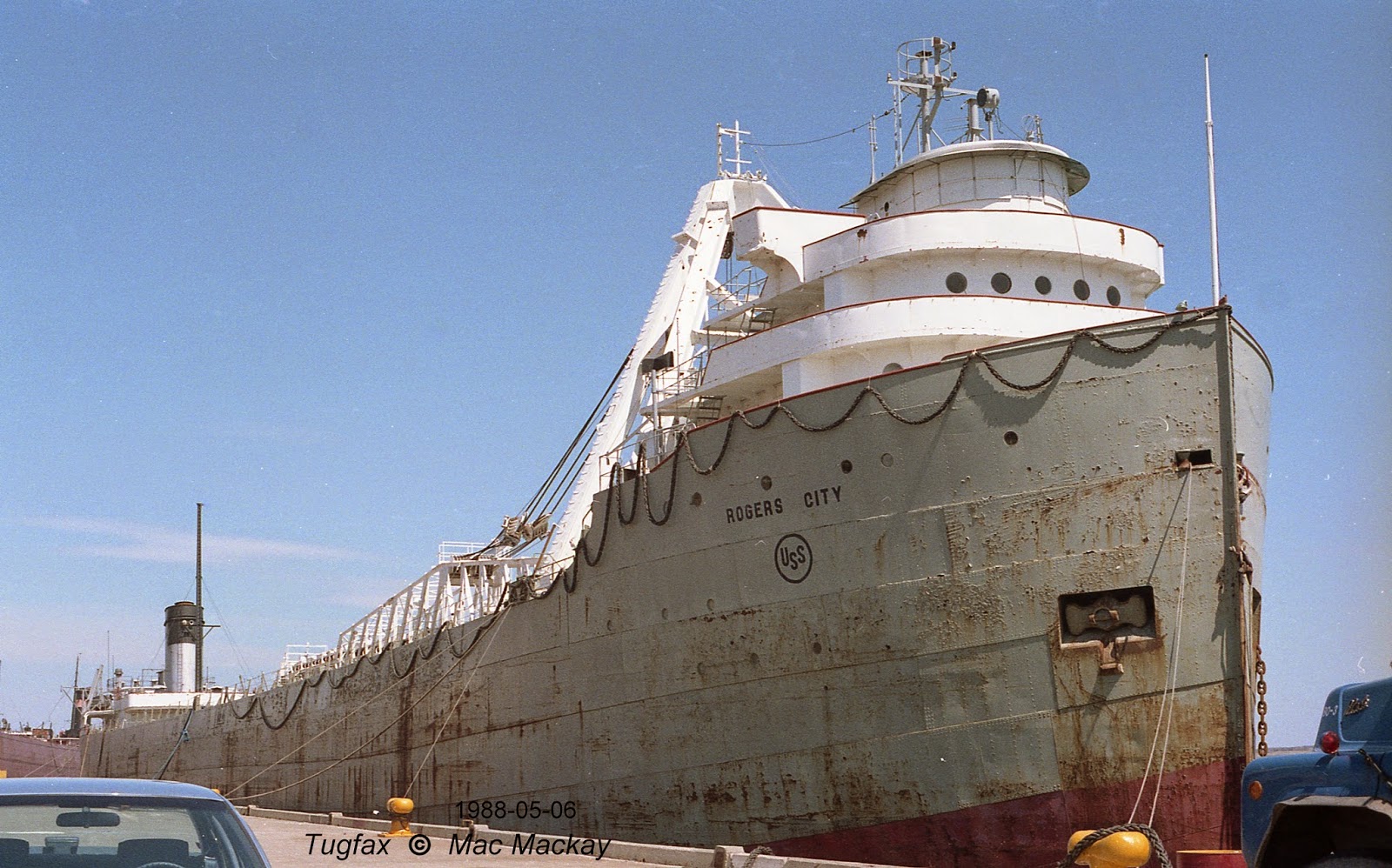 Rogers City awaits departure. The 'insurance line' is rigged along the ship's rail in case the main tow line parts. Scrap tows however were typically not insured.

By the time it made its appearance in Canada, Phocéen had been sold to Oxford Shipping Co and registered in Malta. It arrived in Quebec City in December 1987 and towed the old US Steel laker Rogers City (built 1923 as B.H.Taylor) to the Sydport pier in Point Edward where it wisely left it for the winter and went on to other work. 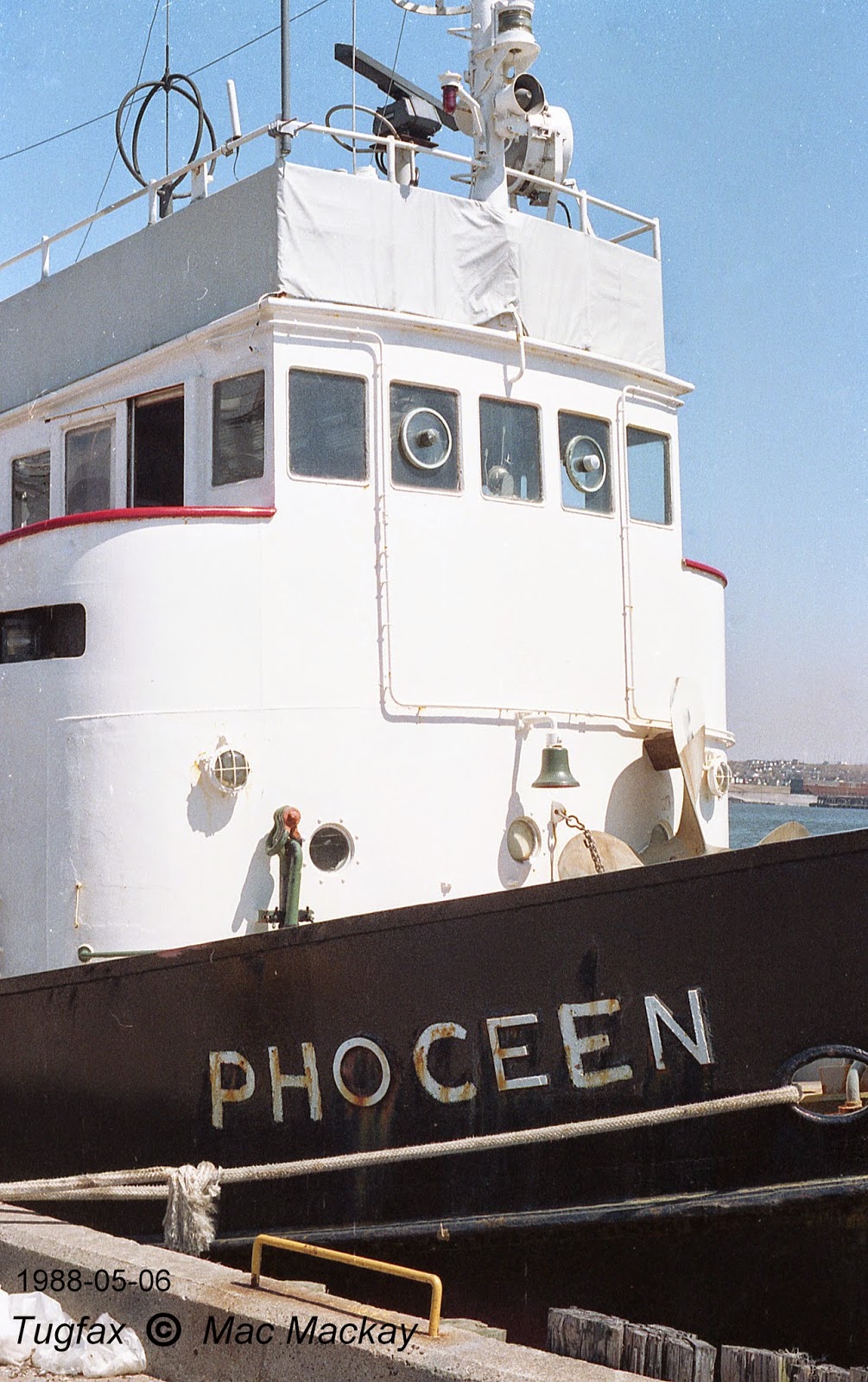 Phocéen was in well worn condition, even so its canvas dodger was neatly lashed, and it carried an anchor and spare prop on deck. It had lost some of the welded letters of its name however.

In the spring of 1988 it returned, and soon after I saw it on May 6, it departed with the  Rogers City in tow for scrappers and arrived in Recifé, Brazil June 23.

Fort York and Rogers City wait out the winter at Sydport - no hurry to get to the scrappers.

In July it returned to Sydport and picked up the former CSL package freighter Fort York (built 1958) and towed it out July 22, arriving Recifé September 15.

In 1989 the tug was sold to Atlantic Range Shipping of Cyprus and was renamed Atlantic Range. It is still carried as active in Lloyd's but it was reported sold in 1991 to unknown owners.