Despite a record snow fall in the city of Halifax, to a depth of nearly a meter, with streets impassable and many services suspended, work in the harbour continues. But even the tugs are covered with snow. 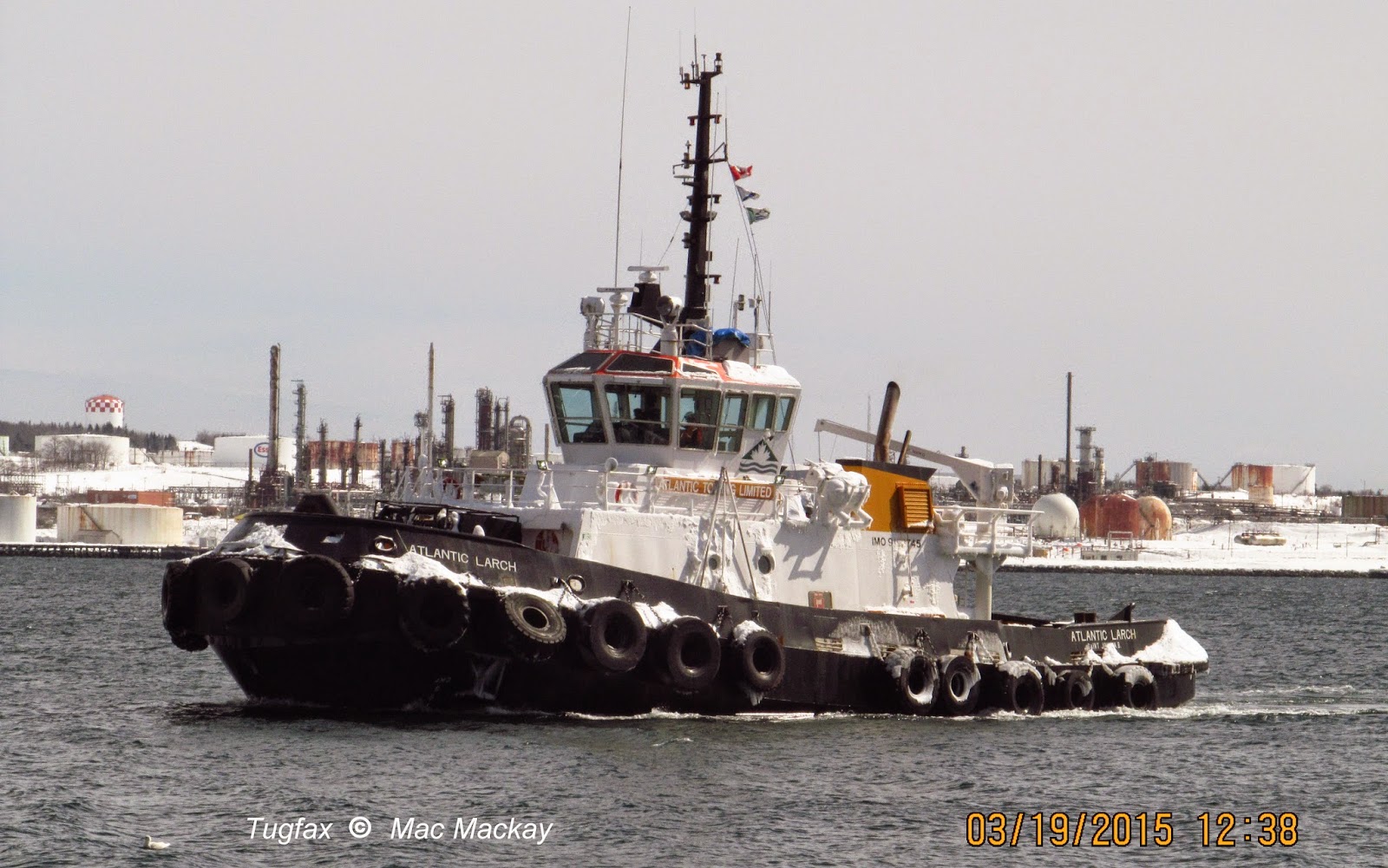 Atlantic Larch has snow, but also frozen spray left over from a recent trip to Sheet Harbour to undock a ship there. 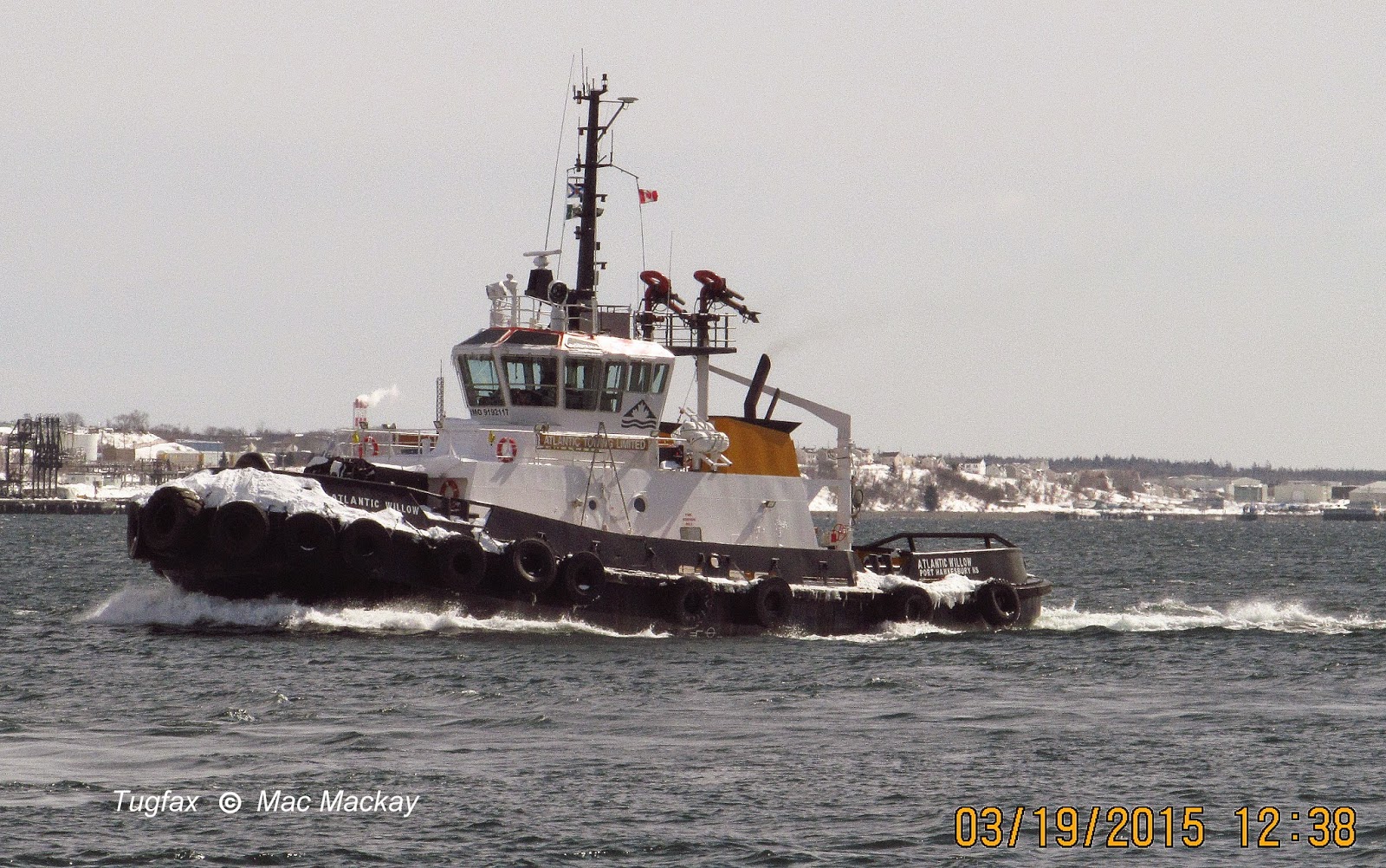 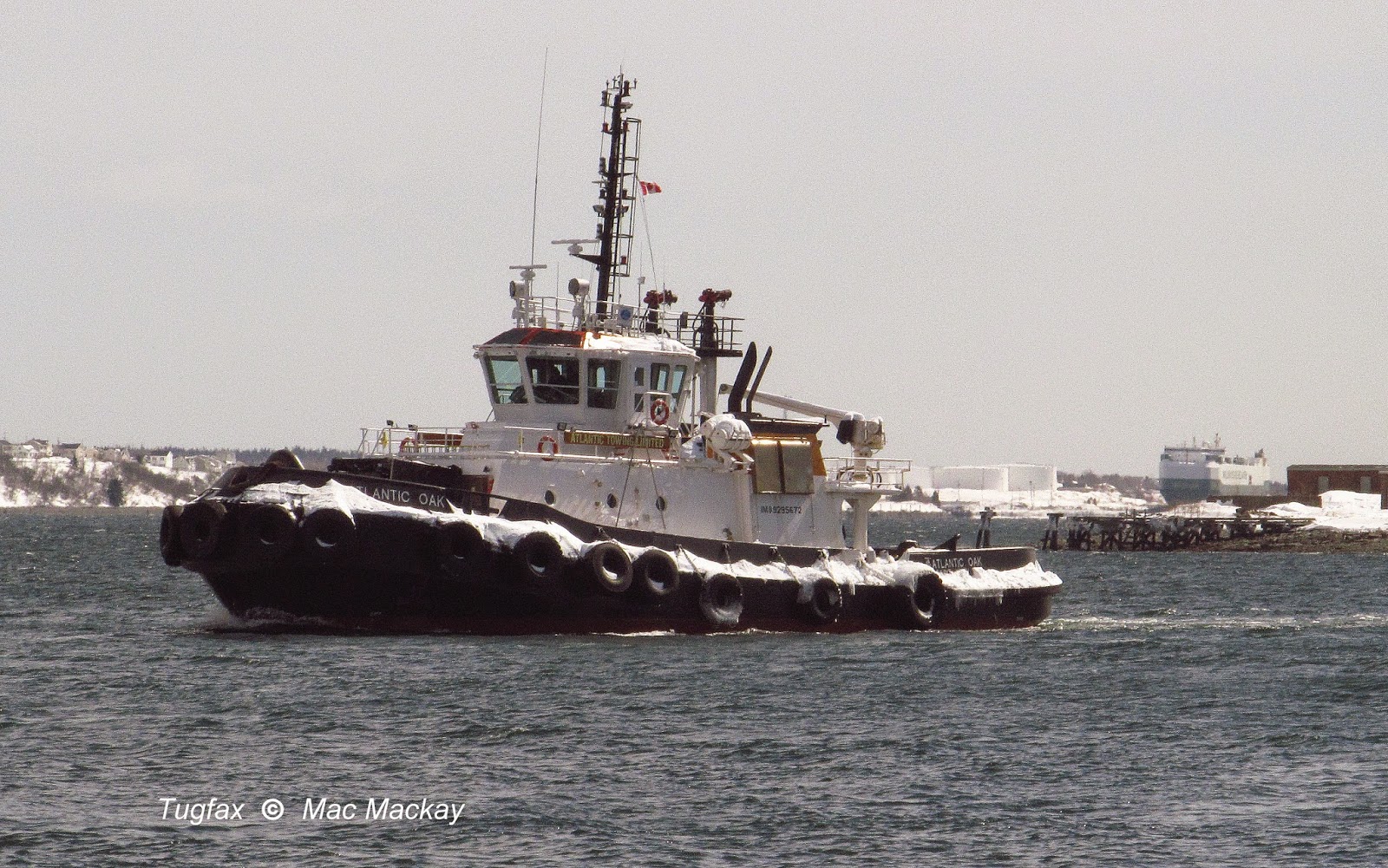 Atlantic Oak has a complete ring of snow around its rail.
(The car carrier Tosca can be seen in the background at Autoport.)