Since I have only very few, or very poor photos of the remaining French tugs I wanted to mention, I will lump them together and provide some links to see more. 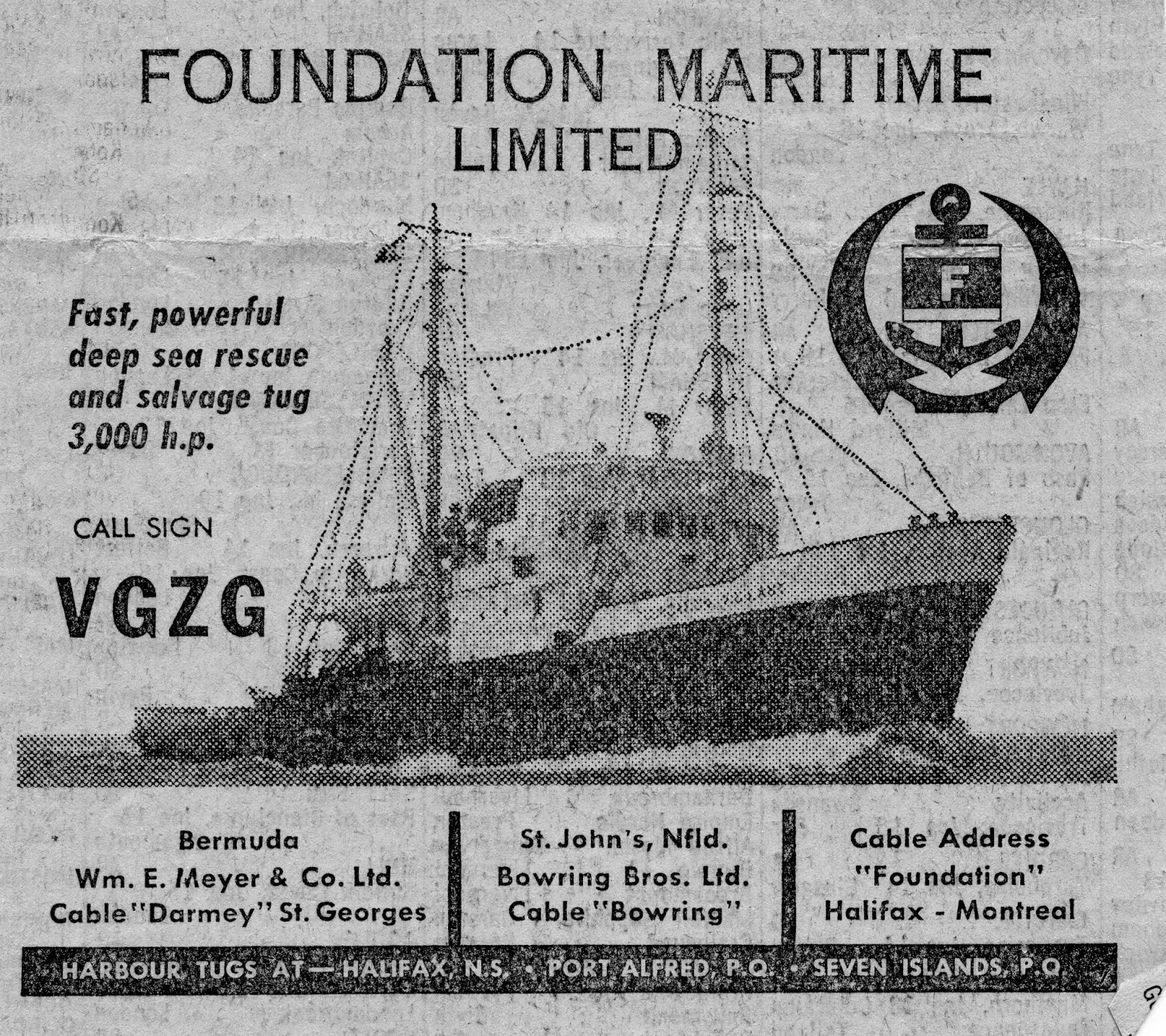 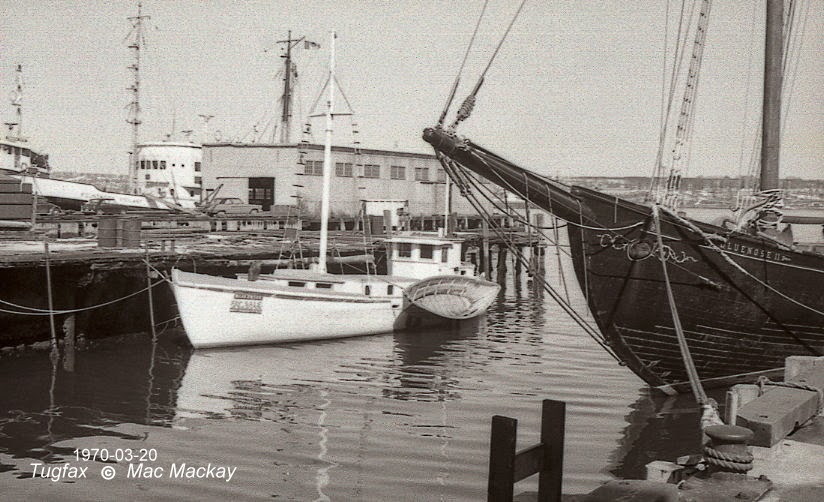 Foundation Vigilant sits idle at Foundation Maritime's salvage shed in the background. In the foreground the Bluenose II gets some recaulking, and Miss Joyce is for sale. (This portion of the harbour has long since been filled in and is now a parking lot.) 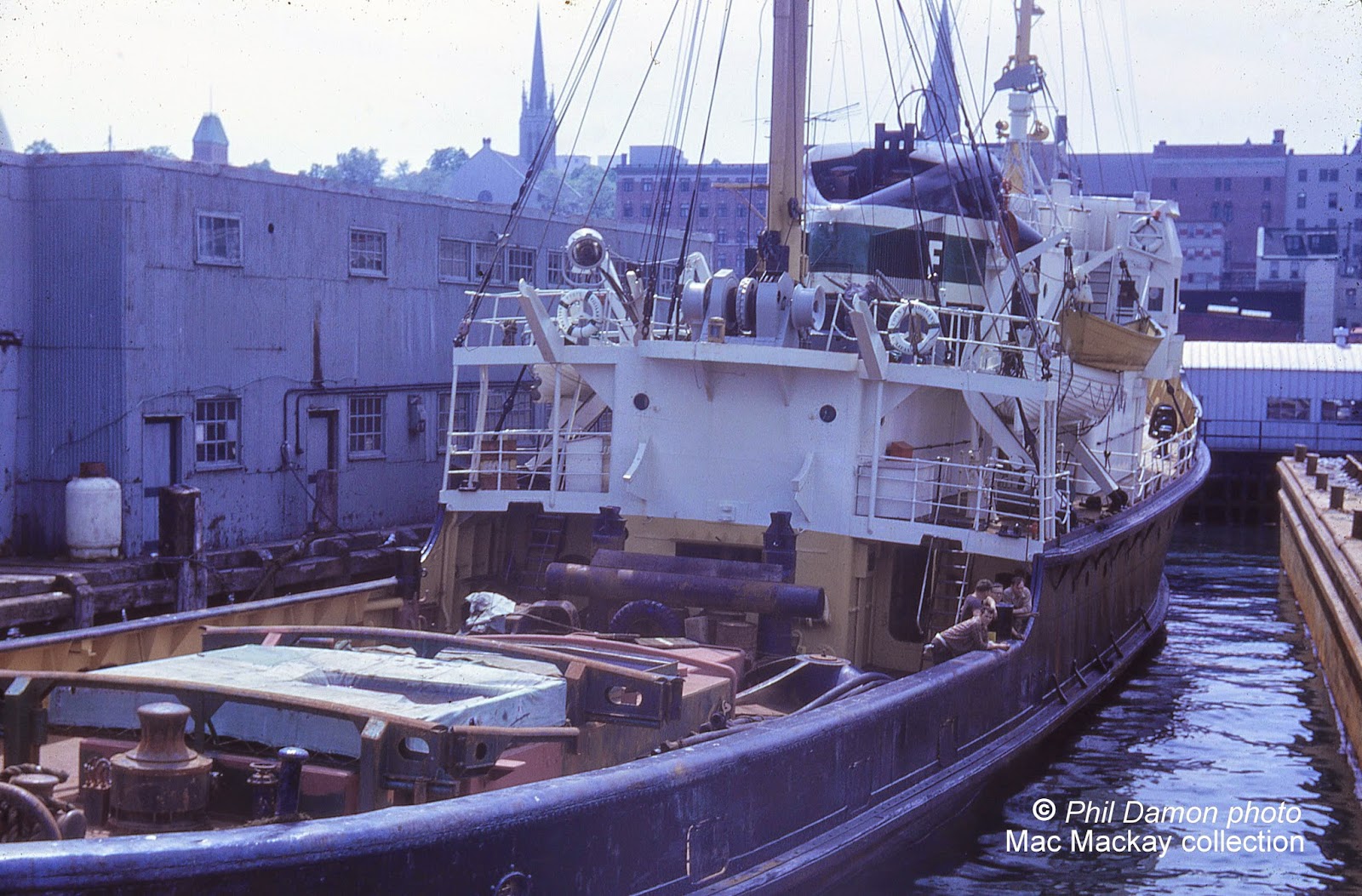 Crewmen have a gam on the starboard rail.

Foundation Maritime acquired it in 1958, virtually new, and it figured in several significant salvage operations. With the advent of radar, Decca and improved quality of ships, the bottom fell out of the salvage business and MIL Salvage sold the tug in 1973 to Petrolas Hellas SA (John H. Latsis) of Greece. Renamed Ennea [translation: Nine] the tug worked in the Mediterranean but was eventually broken up in Aliaga starting May 16, 1996. 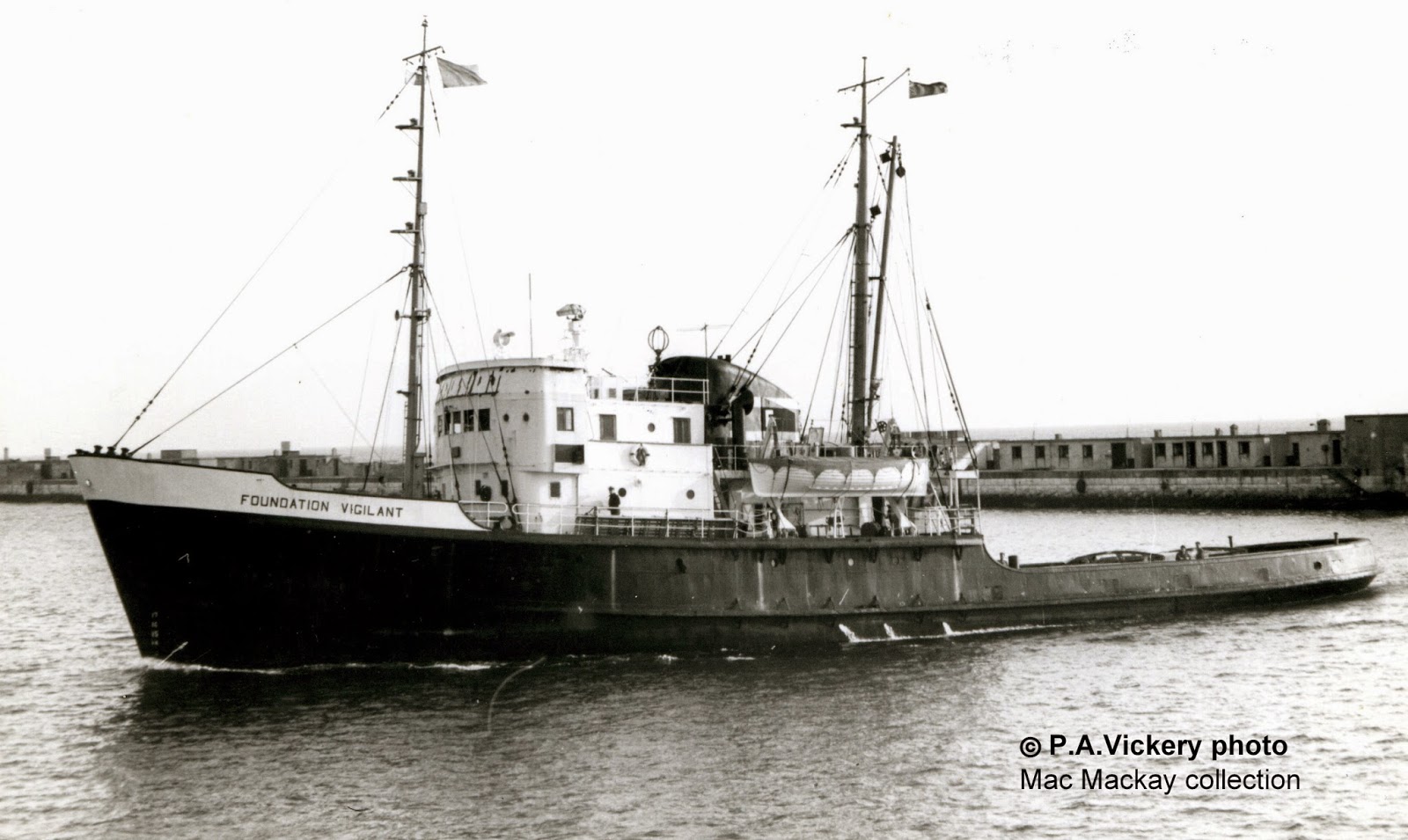 France has  widespread interests in Africa, the Pacific, the Caribbean and North America through former colonies but also as offshore departments. The islands of St-Pierre et Miquelon, off the south coast of Newfoundland is still one of those departments, and is the base for fisheries and other activity in its own sovereign waters.
Over the years France has maintained a naval presence there, with various types of vessels patrolling the area and making courtesy calls to Canadian ports, including Halifax, Saint John, NB, and Gaspé.
From time to time the French Marine National uses its big fleet tugs for patrols, salvage assistance and search and rescue work. All three members of the Tenace class of fleet tugs have called in Halifax at various times. Displacing 1440 tons, producing 4600 bhp and 60 tonnes bollard pull, Tenace A669 (1972) , Centaure A674 (1974) and Malabar A664 (1976) were very capable tugs. Not only that, they were armed (to 2014), fitted with salvage and firefighting gear, and they are considered category 2 icebreakers. They were designed to tow disabled French nuclear submarines under any conditions. All three were built by the Oelkers shipyard in Hamburg and fitted out at Ateleier et chantier de la Rochelle, La Pallice and were based in Brest, France.

In 2013 Tenace was sent north to scout out the northeast passage for the French navy. After penetrating to 78 degrees North and 61 degrees East it was turned back by heavy ice.

Centaure, pictured above was sold to the Turkish navy in 199 and renamed Degirmendere (A-576). On December 23, 2013 it capsized while leaving a floating drydock at Izmir. Three people died and 17 were injured. However the tug was raised and is being reconditioned. 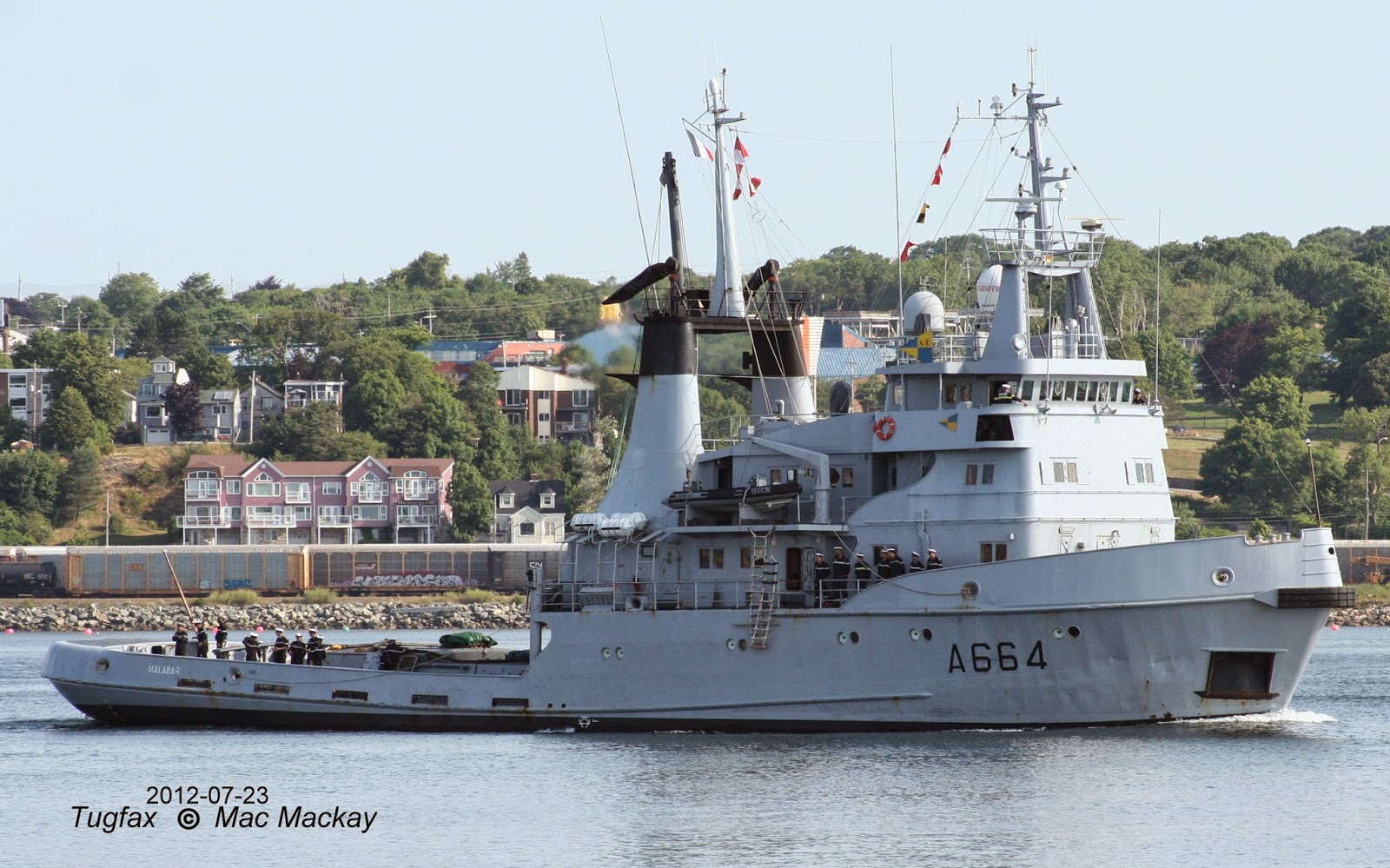 Malabar has cleared HMC Dockyard to escort the annual sailing race to St-Pierre.

Malabar is the most recent to have visited Halifax, in July 2012.Both tugs remaining in the French navy were scheduled to be decommissioned in 2014.