Lois M and a BIG barge

Last night the tug Lois M arrived in Halifax towing the barge Nunavut Spirit and tied up at pier 9B. 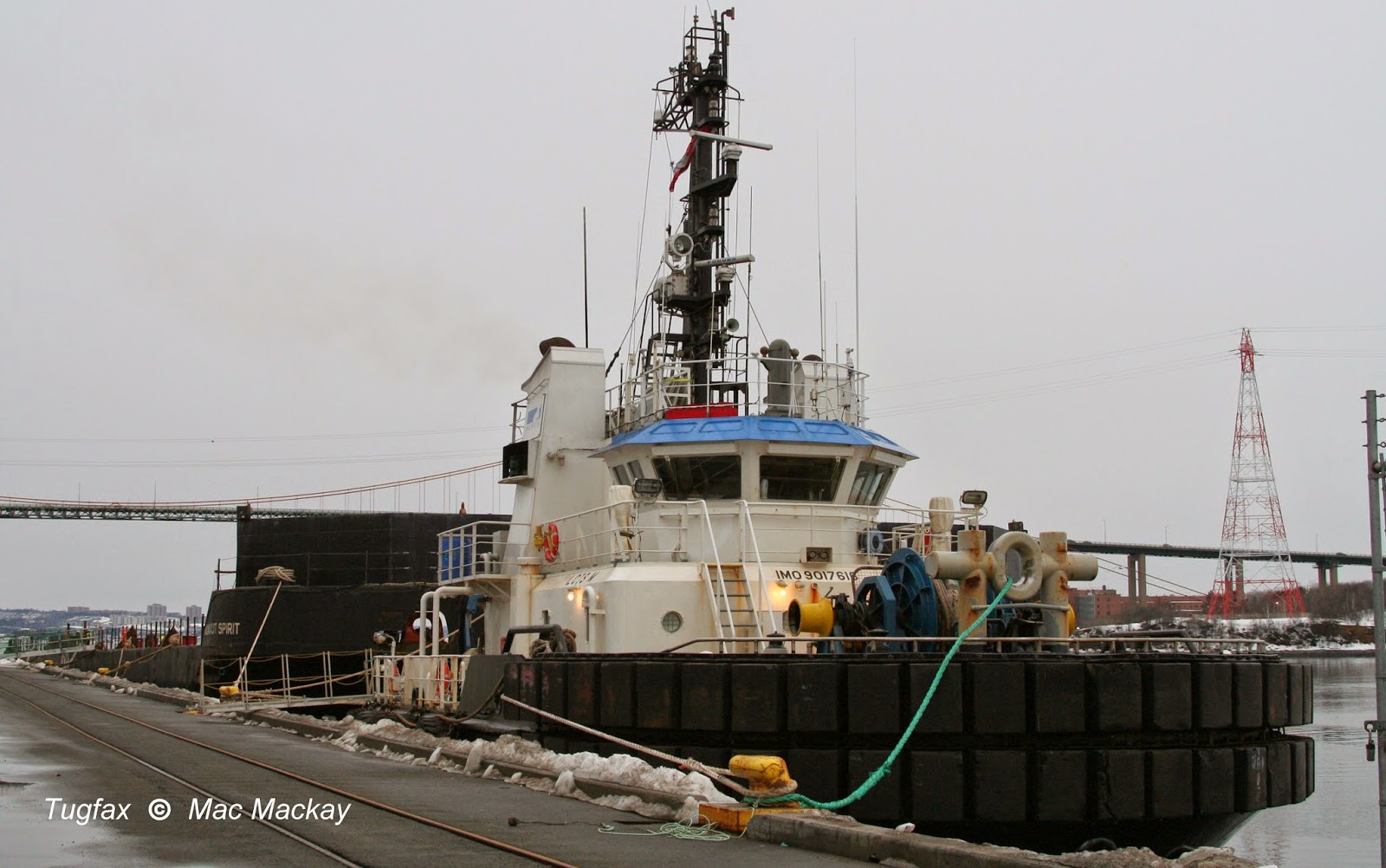 The tug belongs to McKeil Workboats Ltd (a.k.a. McKeil Marine) of Hamilton, ON, but is registered in St.John's , NL. Most of the tug's work is in Newfoundland where McKeil provides barges and support activity for construction of the Hebron gravity base at Bull Arm. 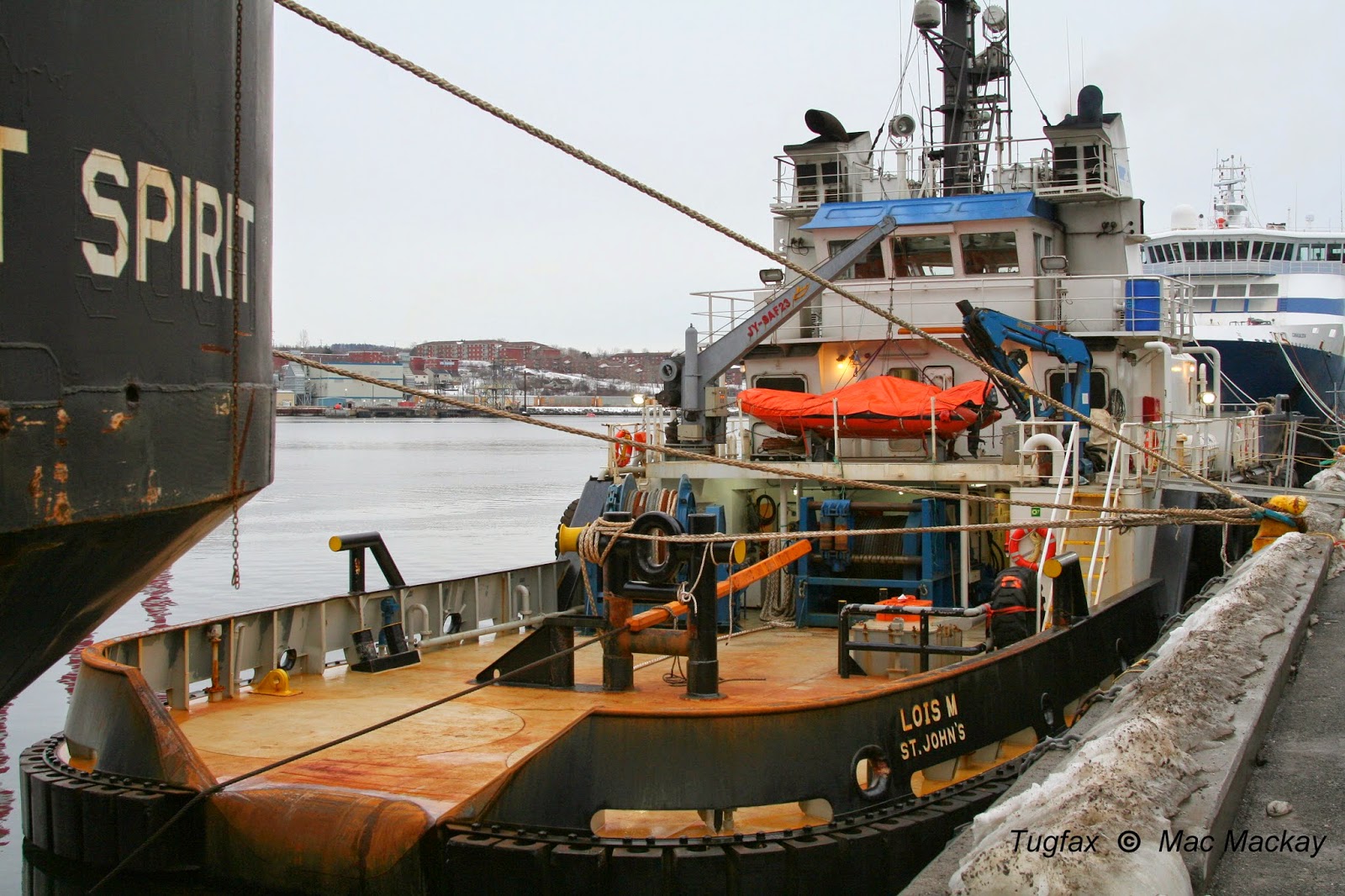 Lois M is one of four similar tugs added to the McKeil fleet in 2013 and 2014. Lois M was built as Lambert in 1991 by Matsuura Iron Shipbuilding Co of Higashino, Japan for the Robe River Mining Co of Australia. McKeil acquired the tug in 2014 along with sister Tim McKeil, ex Pannawonica I . Both are 4800 bhp ASD tugs. See: http://tugfaxblogspotcom.blogspot.ca/2014/09/first-of-two-for-mckeil.html 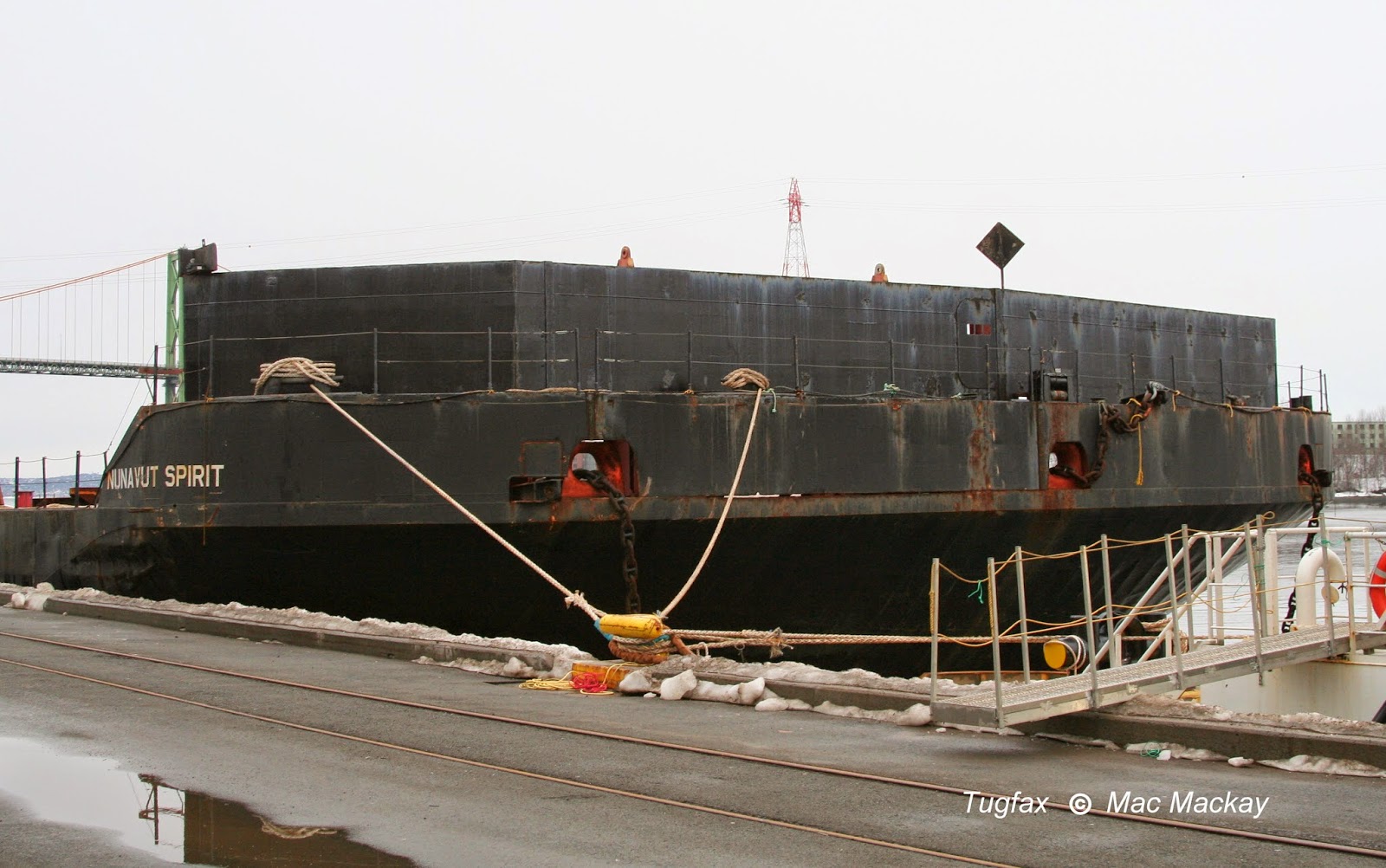 I believe the barge will load steel fabrications from Cherubini Metal Products in Eisner's Cove, bound for the Hebron GBS.