Atlantic Oak puts on another show

Unlike last month's publicity exercises, today's show was put on by Atlantic Oak as part of its real job.
Oak took up position astern of the arriving container ship Kiel Express and assisted the ship through the Narrows, acting as a rudder and brake, but did not have to work too strenuously. However once into the Basin and clear of the MacKay bridge, Oak really went to work. The ship had a to make a wide arc to allow room for sister ship Rotterdam Express to sail, and Oak went into a full stern escort mode, giving lots of power to slow and turn the ship. The tug's escort skeg and its 5,000 bhp provide considerable lateral force to the ship when its own slow speed does not give it much steerage way. 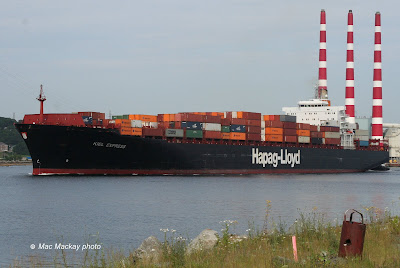 1. Atlantic Oak in position astern of Kiel Express in the Narrows. 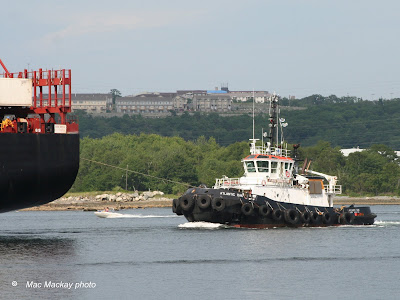 2. With line taught Oak is assisting with steering and braking. 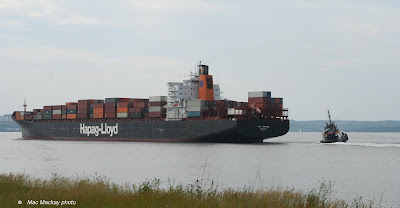 3. Into the Basin, Oak pours on the power to turn and steer the ship. 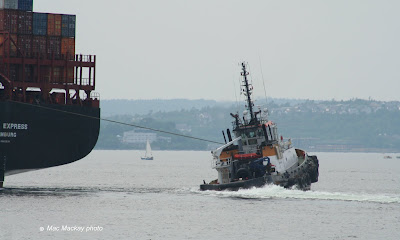