André-H and Jerry G - off the books 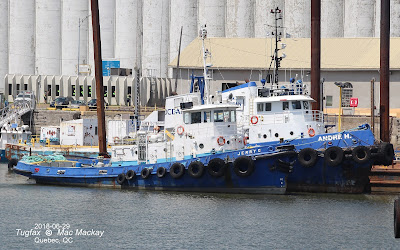 The older of the two was the Jerry G. built in 1960 by Davie Shipbuilding in Lauzon. A classic single screw tug, originally owned by Davie's own tug company, it spent most of its working life in Quebec City. 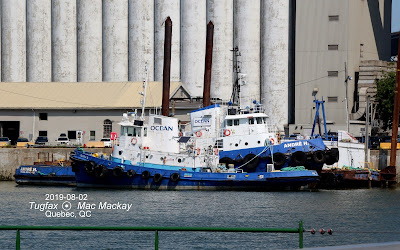 After Groupe Oçéan got the tug when it acquired Quebec Tugs it did work a bit farther afield, perhaps as far as Montreal. Although beautifully maintained, single screw tugs of 960 bhp nominal horsepower and sixty years old are woefully obsolete for most harbour work.

The second tug, although three years newer, has a more complex and wider ranging history. André- H, also Davie-built, but in 1963, started life as Foundation Valiant, a twin screw coastal / salvage tug of 1650 bhp. With Foundation it ranged from the Great Lakes to the Caribbean. 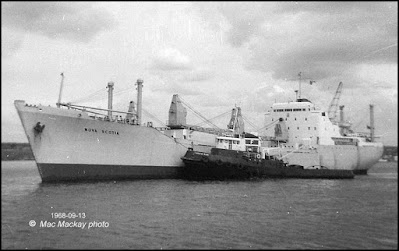 It was modified over the years with the addition of a towing winch when it became Point Valiant for Eastern Canada Towing Ltd (ECTUG) in 1973. Not as famous as some earlier Foundation tugs, it did everything ECTUG ever asked it to do, and was the flagship of the fleet. 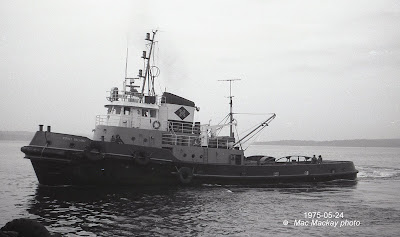 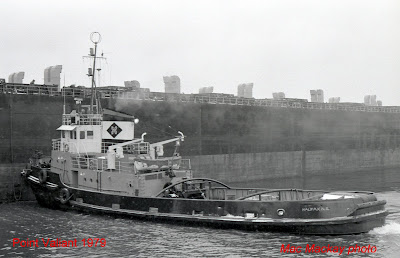 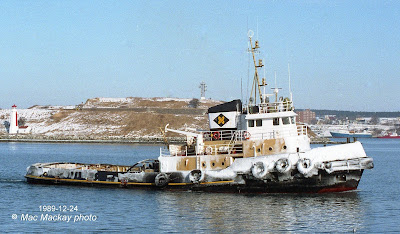 It was a sad day when they sold the tug in 1995 to les Remorqueurs de Trois-Rivières (Three Rivers Boatmen) where it was renamed André-H. 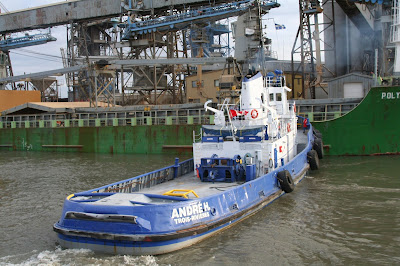 Groupe Oçéan acquired the Trois Rivières company, but did not rename the tug. It was put into general use with towing and ship berthing work, but it eventually had seen its day and was laid up in Quebec City and joined by Jerry G. 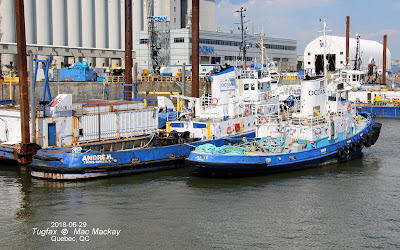