New life for Kenneth A.

Some more good news for an old tug. The veteran Kenneth A  has not only received a major rebuild, but it has also found steady work.

The story starts in 1950 when Mathieson Welding Services (also known as Mathieson Boat Works) of Goderich, ON built the tug for Island Freight Company of Toronto.  With approximate dimensions of 45 feet x 13 feet, it was powered with a 125 bhp engine giving 10 knots.

Named Kenneth A., it was put to use hauling freight to the Toronto Islands. After several years in that service it was taken over by the Toronto Harbour Commission, later to be known as the Toronto Port Authority (and now called Ports Toronto). It continued as a general duty workboat handling barges and towing as required, retaining the name Kenneth A. 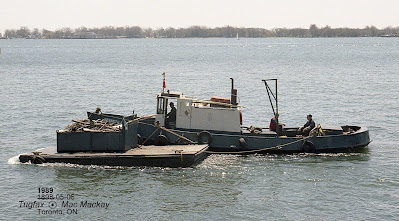 In about 2016 it was purchased by a Nova Scotia buyer and transported to Tiller Marine in Port Dover, ON where it underwent a multi-year rebuild that included re-skinning the hull and constructing a completely new superstructure. It was then transported by truck to Nova Scotia.

The tug's new owners, Trident Marine of Little Tancook Island, NS have put the tug back to work with a landing craft type barge, the Trident Lander, ferrying material from the mainland, to the islands. The current ferry has no drive on/drive off capability, and can only take small cars hoisted by crane. The Trident Lander can take larger vehicles over its hydraulic ramp. 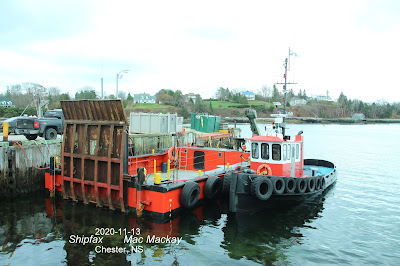 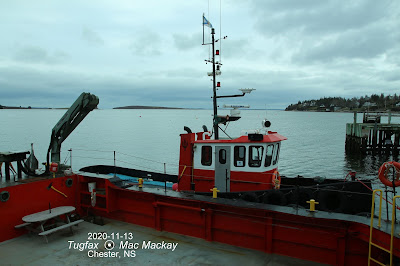 Kenneth A. has also conducted several tows, including a former Halifax ferry from Sambro to Lunenburg and various salvage and other marine services. The tug has also ranged as far as Halifax with a tow arriving as I write this.